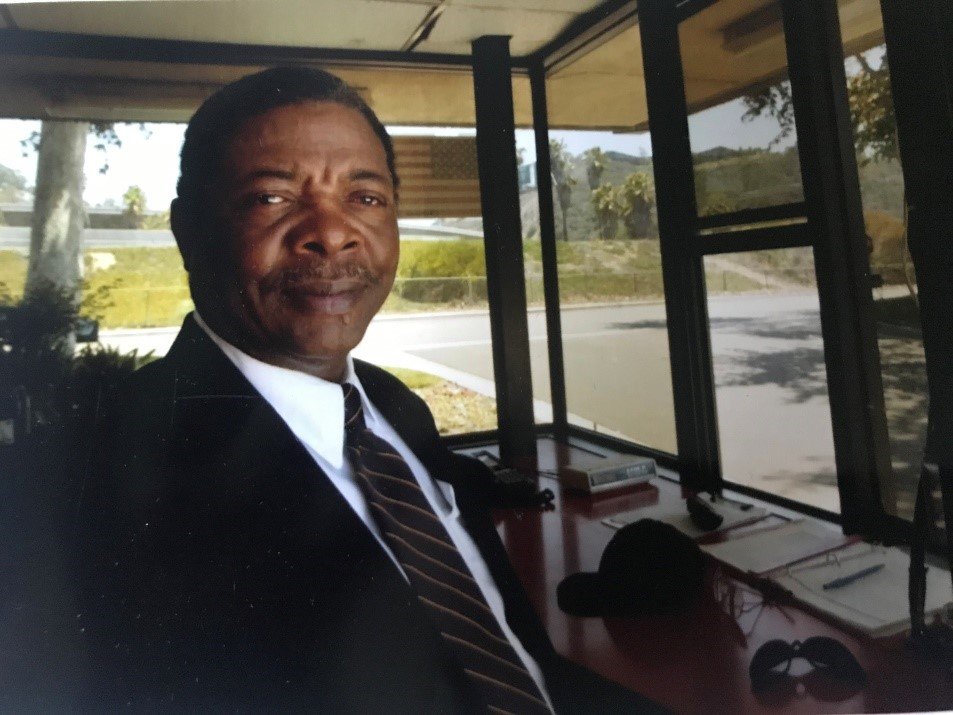 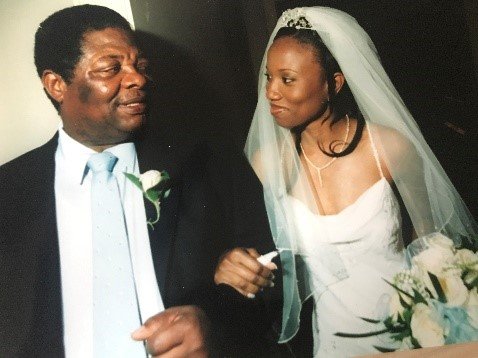 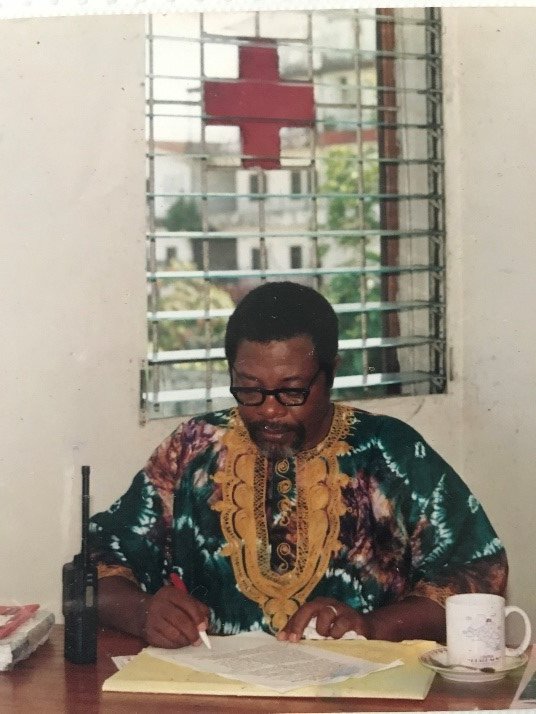 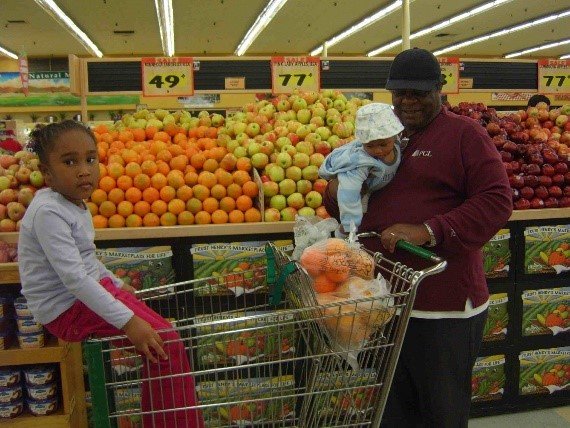 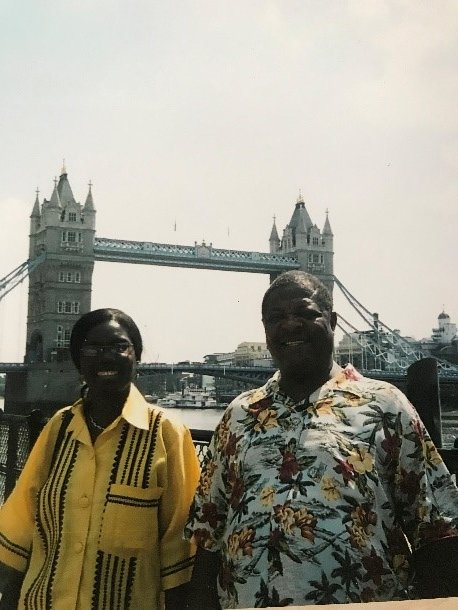 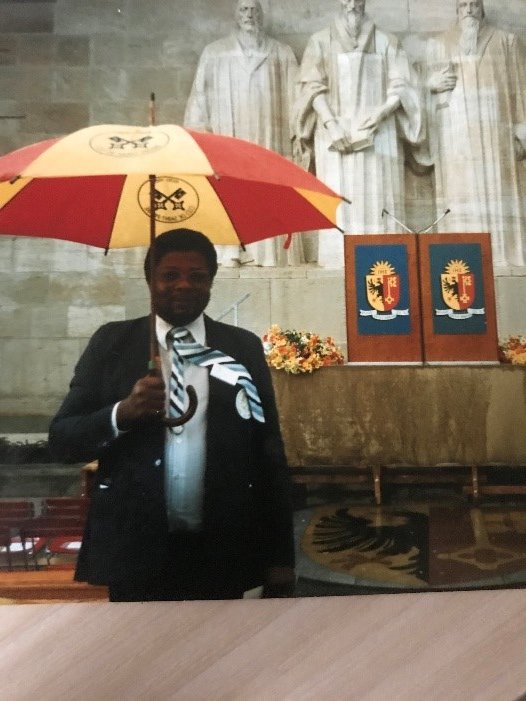 It is with the deepest sorry that the Harris’ family announce the passing of their dearest, Mr Richelieu Bartholomew Harris Sr. This sad incident occurred on Monday, 21 December 2020  at the Paradise Valley Hospital, San Diego, California, following a brief illness.

‘Papa’, ‘Buddy’, ‘The Papay’, ‘Cross 7’ Bobber’, Richelieu’s passing has been a shock to his family, friends and loved ones, as, though he had just celebrated his 74th birthday and had lived passed the coveted 3 scores and 10 noted in the Bible, he was still physically strong, mentally acute, and was actively involved in his church and in raising his grandchildren.

Richelieu was born on 20 November 1946 in Greenville, Sinoe County, Liberia, to the union of Samuel Harris Sr and Eliza Smith Harris. He held a Masters of Philosophy in Psychology, an MA in Forensic Psychology and a BSc. in Criminal Justice. He also earned a number of qualifications in journalism and mass communications and completed a number of Paralegal Degree Courses including criminal justice in the U.S.A. At the time of his passing, he was a Doctoral/Ph. D Scholar in Forensic Psychology at Walden University, Minnesota U.S.A.

As a veteran journalist, He worked at the Daily Listener Newspaper, Liberian Star Newspaper and Liberian Age Newspaper. He was the Proprietor and Managing Editor of the Liberian Sportsman Newspaper (a family run newspaper\magazine) and also freelanced at the San Diego Union Tribune Newspaper in California, United States. Richelieu held the position of Director of Information and Public Relations at the Ministry of Labour Youth and Sports in Liberia; and was also Director of Information and Public Affairs at the Ministry of Youth & Sports.

Working at the Liberian National Red Cross Society (LNRCS), Richelieu was the Information Dissemination Coordinator and worked in cooperation with the International Federation of Red Cross & Red Crescent Society (IFRC&RCS), and the International Committee of Red Cross (ICRC). He combined all his skills and knowledge along with his humanitarian expertise in supporting the distribution of the food and medication relief of the Medicins San Frontiers in parts of Bomi County during the early stages Liberian Civil War.

He was focused, committed, loyal, disciplined, hardworking, tough, a no-nonsense and determined man who put his family first. He drew great strength from his faith and taught his children and grandchildren Godly principles and in leading by example. He was very jovial, always cracking jokes and enjoyed telling old stories from Poe River and during the war.

His children might describe him as being strict during their younger days, but won’t argue that his discipline played a huge role in positively shaping their lives. And even after years of fathering his own children, he without a beat stepped into a second fatherly role for his 4 grandchildren – Keivon, LL, David and Lorene – upon the passing of their father Lorenzo. A role he executed well and committedly until the time of his passing. To them, he was not just a grandfather, he was their ‘Buddy’ as they called him. He was very proud of his children, an encourager, counsellor, with an unbiased listening ear. He made his grandchildren laugh with his booming strong voice, cracking jokes with the much younger ones, Judah, Richlyne and “Dr Rich” (Rchelieu III).

Richelieu leaves to mourn his loss: his wife Malia E Harris – with whom he was married for nearly 50 years and shared the same birthday of 20 November, which they had just celebrated a month and one day before his passing. Five children: Reuben, Elizabeth (Ma Zoe), Eliza, Richelieu, Jr and Malia; 17 grandchildren: Keivon, LL, David and Lorene; Frances B, Eliza Blessing, Bearic Prayer and Frances Munah; Vashti Kyma, Elias Sarno, Urias Jr and Eric Mawola; Judah Richelieu, Richelieu, The Third and Richlyne Malia; Blessing and Trinity. A number of foster children who were all part of their family, including Martha Harris, Marpu Diggs, Ethnerel McGill, Beatrice Williams, Naomi & Pinky Dillon, Francis Flomo, Makai, Beatrice, Abel, Samuel, Gargor (Mariam), Lemuel, Sando, Varnie, Annette, Joseph, Sai, Ida and Ezekiel. The eldest of 9 siblings, 5 of whom pre-deceased him: Samuel, Gurly, George, and Eleanor, leaving 4 to mourn him: Edwin, Eliza, Nora and Ezekiel. His role as the eldest brother extended well beyond rank, into being their support and champion, who was there whenever he was needed and could be counted on – always.

Also mourning him is his sister-in-law Stella Hoff, his nephews and nieces, a host of relatives, including the Harris, Hoff, Johnson, Deensie, Smith, Greene, Browne, Bing, Bing-Kajue of Manchester, UK, McDonald, Addo, Tucker and families; a host of friends in the United States, United Kingdom, Canada, Liberia, Sierra Leone, Ghana and Cote d’Ivoire.

Richelieu was always grateful to God for allowing him to reach threescore and ten, and at the age of 74, we can gratefully say, he had a life well lived. He is and will greatly be missed. And as one of his favorite scriptures goes: ‘Seest thou a man diligent in his business? He shall stand before kings, he shall not stand before mean men (Proverbs 22:29). Richelieu Bartholomew Harris, Sr now walks and stands with the King of Kings

To send flowers to the family or plant a tree in memory of Richelieu Harris, SR, please visit Tribute Store
Wednesday
6
January

Share Your Memory of
Richelieu
Upload Your Memory View All Memories
Be the first to upload a memory!
Share A Memory
Send Flowers
Plant a Tree