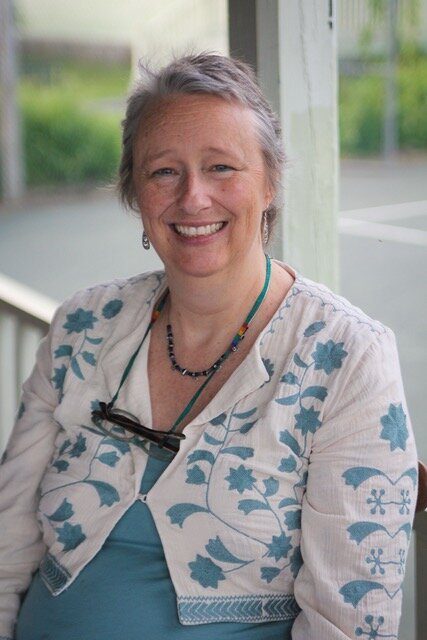 For many years, Lindsay battled several major health challenges, including a type of chronic heart disease that in its later stages often requires a heart transplant. This condition, the first signs of which appeared in Lindsay’s late 20’s, helped to define one of her lifelong missions – raising awareness about the pressing need for organ donations.

Born in Columbus, Ohio, Lindsay graduated from University of Arizona with a B.A. in English Literature, and went on to earn her M.A. in Public Administration from the Hatfield School of Government at Portland State University in Portland, Ore. She was the former Director of the ACT NOW Truancy Program in the Pima County (Ariz.) Attorney’s office. She was subsequently awarded a post in the Washington D.C.-based Presidential Management Intern Program, a program designed to attract graduate students of exceptional potential who are committed to a career in Public Policy and Program Management. Within days of starting an assignment in the U.S. Justice Department, catastrophic illness ended her Federal service career.

Lindsay was a great-granddaughter of Franklin and Eleanor Roosevelt, the President and First Lady of the United States from 1933-1945.

Lindsay was passionate about animal welfare, and she gave her time at various animal shelters in Tucson. She was a familiar sight at University Medical Center, walking her Golden Retriever therapy dog, Merle, down the hallways and encouraging children to read to him to help overcome their fears of reading aloud. She also volunteered at TROT, a therapeutic riding program in Tucson, as well as at the Tucson Botanical Garden.

Outdoor education was a keen interest for Lindsay. She maintained that interest throughout her life, volunteering for several years at the National Outdoor Leadership School (NOLS) Southwest branch near Tucson.

Lindsay is survived by Nina Gibson, her mother and Nick Gibson, her stepfather of Vail, Ariz; Douglas Luke, her father and Sarah Luke, her stepmother, of Aiken, S.C.; and her two brothers, Haven Luke (Natalie) of Athens, Ga. and Russell Luke (Anya Sturm) of Goettingen, Germany. She is also survived by six nieces and nephews: Charlotte, William, Annie, Haven-Johannes, Ella, and Helen, all of whom she adored.

A Zoom celebration of Lindsay’s life is being planned. The family respectfully requests that, if so inclined, her friends donate to the animal shelter of their choice in her memory.

To send flowers to the family or plant a tree in memory of Lindsay Luke, please visit Tribute Store

Share Your Memory of
Lindsay
Upload Your Memory View All Memories
Be the first to upload a memory!
Share A Memory
Send Flowers