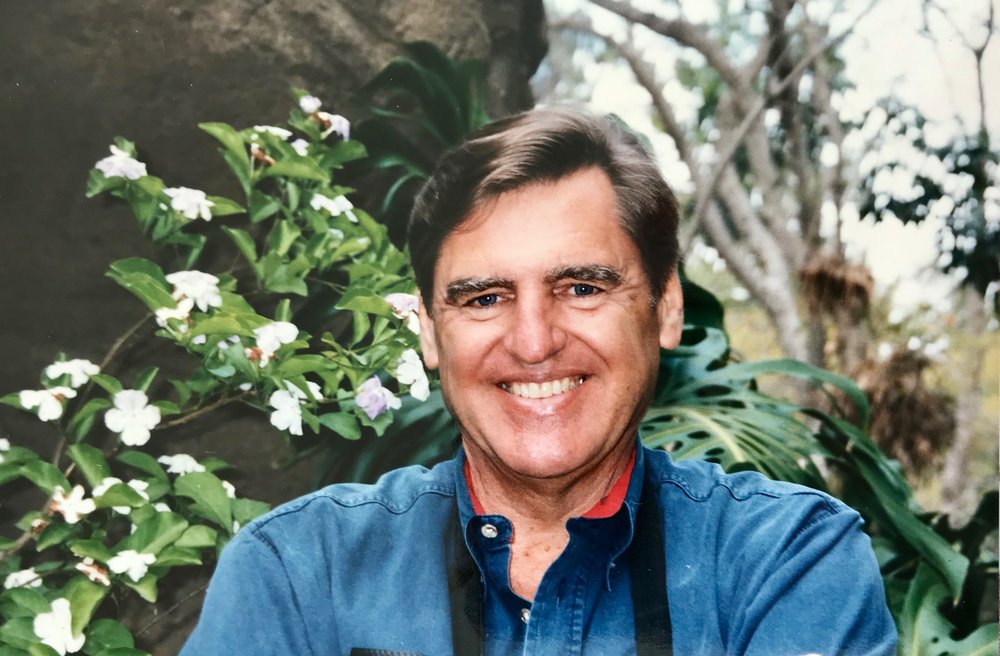 William was the eldest of two children born to Gladys and William Karmazin and grew up in National City and Lakeside.  He attended Lakeside Elementary, Grossmont High School and graduated from San Diego State College earning a B.S. in Physics – Electronics.   At San Diego State he was on the Track Team, Air Force ROTC and Pi Kappa Alpha Fraternity.  Additional studies included Computer Design at UCLA and Business Management at the Peter Drucker School of Business at Claremont College.  He married, settled in San Diego and raised 6 children.

William worked his way through college with jobs at RCA and The Convair Division of General Dynamics Corporation.  After college he worked for Ryan Aeronautical Company, Sanders Associates, National Community Builders and Cubic Corporation.  He was the designer of many diverse creations:  the “Radar Redistribution Theory” as used on all stealth aircraft, including the stealth cruise missile; the computer aided camera system used on Man’s moon visit (designed for NASA) and all subsequent photos of the deep solar system; many intelligence gathering systems including the first night photo system (147 NRE Drone); and the development of many other drone systems, one of which collected the Russian SAM (Surface to Air Missiles) control and fuse frequencies and is considered the most important intelligence mission of the Vietnam War.  He also designed and built one of the first solar homes in San Diego.  He was involved in many organizations including: Chairman of The Association of Unmanned Vehicle Systems (AUVS), Air Force Association, The Tailhook Association, and the Association of Old Crows, an Electronic Warfare Association.  He received the Von Karman award from President George Bush and many other recognitions for his aerospace and intelligence efforts.  His sense of civic duty took him to be on the State Drug Commission and elected to a School Board, and his interest in the theater arts took him to be a Director of Bravo, an awards organization for local theatre.

An avid traveler, he did business in 42 countries, visited another 100 or so with many repeated visits to his favorites: India, Zimbabwe, Germany and Mexico.  He had friendships throughout the world, entertaining them at his home in La Jolla.  His other main hobbies included writing poetry and short stories and developing his culinary skills.  He was interested in real estate, developing properties in San Diego, Arizona and Utah.  He was also a licensed General Contractor in Arizona.

William was preceded in death by his first wife, Patricia Annette Adams and his sister, Juanita Gaines of Heber Springs Arkansas.  He leaves behind 6 children: Jon, Curtis, Kira, Lisa and Lara of San Diego and Sarah Karmazin of New York City, 7 grandchildren and many cousins, nieces and nephews.

To send flowers to the family or plant a tree in memory of William Karmazin Jr, please visit Tribute Store

Share Your Memory of
William
Upload Your Memory View All Memories
Be the first to upload a memory!
Share A Memory
Send Flowers
Plant a Tree