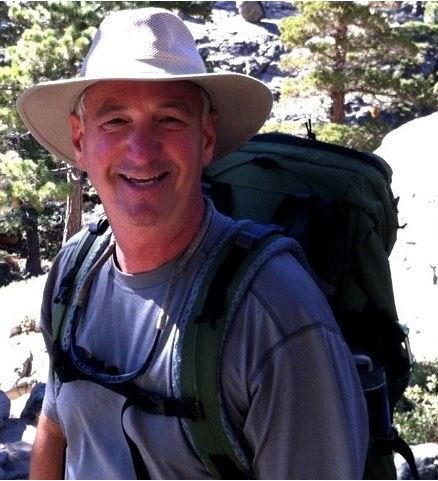 David J. MacDonald, January 14, 1955 – January 4, 2020.  On 1/4/2020, David MacDonald, father, brother, adventurer, entrepreneur and friend to many who knew him passed away at the age of 64 after a short battle with cancer. David was born in Winchester, MA to Richard J. MacDonald and Ruth M. MacDonald (Simonds), who raised him along with his five siblings in Melrose, MA.

In the summer of 1976 at the age of 21, David and a friend hitched a ride to Colorado with nothing more than a backpack, sleeping bag, $300 in cash and a lifetime dream of adventure. From Colorado he arrived in San Diego to his older brother Rick’s house in Imperial Beach where he began his 43-year adventure in California.  When his son Sean was born in 1990 David began his most rewarding role in life…being a father. He lived in various places throughout San Diego and Coronado and always made time to participate and attend Sean’s sporting events and activities.  Spending time with his son and sharing his love of the outdoors with Sean was David’s favorite thing to do.

David worked in several different industries including the construction (painting) industry where he eventually started his own business after working for other small companies. Later he worked for Sherwin Williams and The Home Depot as a sales representative and paint consultant.

In the mid 1990’s he joined his brother Rick’s growing family golf business, San Diego Golf Reservations, where he worked for twelve years as a Marketing and Sales Manager.  As the economy started to deteriorate in 2008, David went back to what he was known for best, his custom painting skills.  He established himself in the Coronado community and had a successful customer base that kept him busy for the next ten years.  He semi-retired in 2018 and moved to a seventy-acre ranch in Warner Springs as a property caretaker for a longtime painting client turned close friend.

In his spare time, David was an active volunteer for many non-profits associated with the outdoor industry. In 1993 he was the San Diego Regional Coordinator for the American Hiking Society and was responsible for coordinating an AHS annual event called National Trails Day held every year in June. His events won four national awards from 1993-1996. In 1996 David received the American Hiking Society Volunteer of the Year Award in Washington DC.

In 1997, he joined forces with the President of San Diego based Adventure 16 Outfitters in establishing a non-profit called A16 Donate-a-Pack Foundation. He was President for seventeen of the twenty-one years they existed. The organization assisted non-profit youth organizations with outdoor equipment (backpacks, tents, sleeping bags, etc.) and ran many programs to introduce inner city youth to the experience and joys of being in the outdoors. Over the course of twenty years they made donations of over half a million dollars to hundreds of non-profit groups, an accomplishment in which David took great pride.

David was a music aficionado his entire life so it made sense that he would immerse himself in the San Diego music scene in the early 2000’s meeting and befriending local bands, singer-songwriters and radio personalities. Eventually in 2007, he earned the trust of a group of older teenagers from Encinitas that asked for his help launching their music endeavors. Over the next ten years, David helped promote, manage and encourage these talented musicians to follow their dream. The group of musicians had three bands, The New Archaic, In Motion Collective and the Tolan Shaw Band. In the course of eight years they were nominated for ten San Diego Music Awards and they won five. Since then they have all moved on with very successful music careers.

David had an incredible talent for photography especially landscape, nature and harbor towns in New England. He studied photography at San Diego City College during the 1980’s and had many of his photos accepted and displayed at the International Photo Exhibit at the Del Mar Fair. Friends and family will cherish the many photographs David gave as gifts throughout his life.

David loved to travel especially to outdoor destinations and National Parks. As an active hiker, mountain biker and rock climber his favorite places in California were Joshua Tree and Yosemite where he traveled many times with friends, family and his son Sean. His travels also included trips to Alaska, Costa Rica and Europe.

David lived life to the fullest and his life was lived with purpose and productivity.  He was a man of great integrity, honesty and loyalty as evidenced by the remarkable friends he made and kept for a lifetime. He will be remembered for many things, from his cooking and organizing skills, to his passion for nature and every Boston sports team. He will be dearly missed.

A Celebration of Life Service will be planned in the Spring in both the San Diego and Boston area.

Note: If you would like to go on a list to receive a reminder email with the date and details of the services please email Rick MacDonald -- MMM4653@gmail.com

In lieu of flowers we welcome you to donate to the David J MacDonald Gear Scholarship Fund that has been set-up in David’s honor by his favorite non-profit, the A16 Donate-a-Pack-Foundation.

Share Your Memory of
David
Upload Your Memory View All Memories
Be the first to upload a memory!