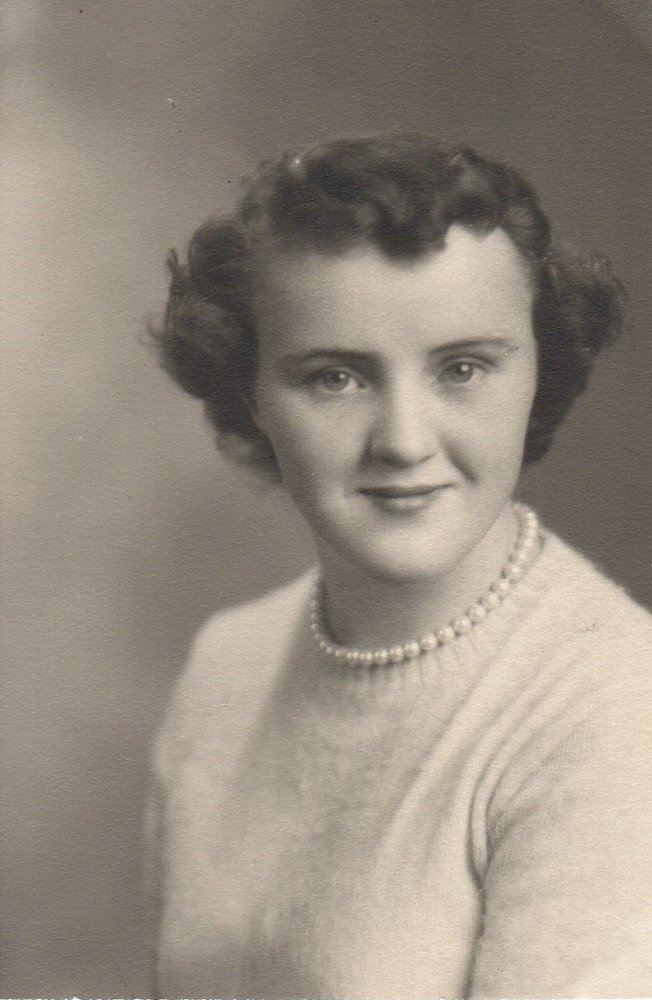 Lois L. Pike Davis was born on October 31, 1932, fifth child to Harold and Lillian Pike in Austin, Minnesota. In 1935 after Lillian had three more children, she had the devastating diagnosis of uterine cancer and all six of her daughters were sent to live with various relatives. Lois and the two youngest, Edith and Ethel, went to live with Jean and Carl Lawson in Geneva, Minnesota.

Lois started school at age six and attended a one-room school that was located a mile down the highway from the farm where she lived.  According to her older sister Violet, Lois refused to speak during her first year of school.  As an adult, though, Lois loved telling stories of growing up on the Lawson Family farm and about her pony named Bingo.   Lois attended high school in Albert Lea, Minnesota and graduated in 1950.  Shortly afterward, Lois moved to St. Paul Minnesota where she was reunited with her older sisters, Donna and Delma, and where she began her career in banking.

In the early 1950s, Lois and her sister Delma took at trip to San Diego to visit their sister Violet, and they decided to stay.  Lois found a job at the Bank of America in downtown San Diego.  In January 1954 a handsome young man named Harold Davis was working temporarily at the bank.  He caught Lois’ eye and the other tellers knew it.  Being good friends, the other tellers managed to be too busy to help Harold anytime he needed change so he was forced to go to Lois’ window.  It wasn’t long before Harold realized that if he wanted more than change from this pretty young teller named Lois, he would need to step up his game.  So Harold learned how to square dance so he could spend more time with her.  Harold and Lois struck up a friendship that blossomed into love and on July 30, 1955 they were married in San Diego.

Family was everything to Lois. She and Harold looked forward to having children of their own so they could experience a more conventional family life than the ones they had growing up.  In September 1956 they welcomed their first child, Daniel Alan; then in 1958, their daughter Diane Marie was born; and finally in 1960, their daughter Lisa Ann arrived.  During the 1960s and ‘70s, Lois spent most her time raising the kids, which also meant serving as a school Room Mom, Scout Den Leader, Bluebird Leader, and Band Parent.  She used her sewing skills to alter band uniforms and making banderette outfits.  Somehow, during this busy period in her life, Lois also found the time and energy to be an Avon Lady.

When Lois’ and Harold’s children began to leave home, Lois returned to banking, working for Home Federal Savings and Loan.  She started as a receptionist and moved up in the organization until retiring as the head of their electronic processing center.

After retirement both Harold and Lois became active at Foothills United Methodist Church, were they took classes and renewed their passion for dancing and learned to ballroom dance.  Most weekends were busy dancing with friends from church.  Lois was active in the Prayers & Squares quilting ministry at Foothills UMC.  In retirement, Lois and Harold enjoyed traveling, especially camping across the country.  They also took several cruises, many were with Lois’ sister Violet and her husband Bion as well as their friends from church.

In July of 2009, Lois experienced a stroke which affected her short-term memory as well as her eyesight.  Even with these challenges Lois was always eager to be of help somehow and always had a smile for everyone.  Over the years, her health declined, but she remained joyful in spite of her limitations and always looked forward to the next birthday and holiday when the family would get together.  The last celebration the family enjoyed together was Diane’s and Lisa’s birthdays on Memorial Day weekend.  On June 20th after experiencing a major heart attack, Lois passed away from this life and moved on to life eternal.

Lois leaves behind her husband of 64 years, Harold; her children Daniel, Diane, and Lisa; her son-in-law, Bryan; and her grandchildren Taylor, Hannah, and Twyla.   She is also survived by her sisters Donna, Delma, Violet, and Edie; her brother Raymond; as well as numerous nieces, nephews, and friends.

Lois loved with her whole heart and she was dearly loved in return.  We know she is at peace in the presence of God.  We thank God for the blessing of knowing Lois Davis as wife, mother, grandmother, sister and friend.

To send flowers to the family or plant a tree in memory of Lois Davis, please visit Tribute Store
Print
Wednesday
26
June