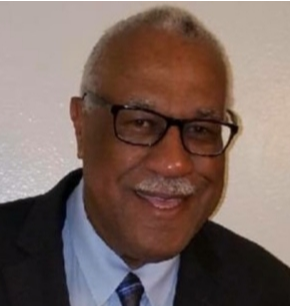 Mike was born April 18, 1941 in Youngstown Ohio. The son of the late Clarence McCraw and the late Helen McCraw-Finley. He was President and CEO of California Southern Small Business Development Corporation where he retired after 24 years of dedication. His strong allegiance to his community and mankind provided him great success with huge recognition to the business industry and many others.

As we reflect through the years of his work and accomplishments it started with a total of 8 years in the United States Navy and Coast Guard. His subsequent achievements include obtaining his X-ray technician and ultrasound certifications, where he went on to become the Director of Kaiser Permanente’s Radiology Department. He then received his Bachelor’s degree in Cultural Anthropology with a minor in genetics from the University of California San Diego.

While attending school he was part of the Who’s Who from American Colleges; which catapulted him into becoming a Fellow for Dow Chemical. Afterward, he transitioned into the finance world where he eventually hosted a Business to Business television show. He also served on many boards including; The U.S. Department of Commerce Access to Capital Task Force, High Tech High Advisory board, Clearinghouse CDFI, City of San Diego Ad hoc Audit Committee. His philanthropic and community services include 4 years as a member of the San Diego Foundation Board of Directors, a community foundation with nearly one half billion dollars in assets, and as a founding member of the Board of Directors for the San Diego Neighborhood Funders, a collaborative comprised of local, regional and national foundations.

One of his great passions was accomplished through becoming the family historian, which he researched through his Cheatham Greene lineage. After discovering his roots he traveled to Mozambique and Cameroon Africa to connect with ancestors and became one of the first descendants to return. He was later gifted land from the elders.

Lastly and most importantly his family, his loving wife, Kim, his four sons, Mike, Robert, Carlos and Fabio, Six Grandsons Tony, RK, Devon, Maleek, Billy, Tommy and granddaughter Hero, and two great- grandsons Ryland and Romeo. His love of family also included sister Lydia and many nephews, nieces and cousins. He had so many fond memories of his late brother Jim and David.

He will be extremely missed by all who knew him.

To send flowers to the family or plant a tree in memory of Robert McCraw, please visit Tribute Store

Share Your Memory of
Robert
Upload Your Memory View All Memories
Be the first to upload a memory!
Share A Memory
Send Flowers