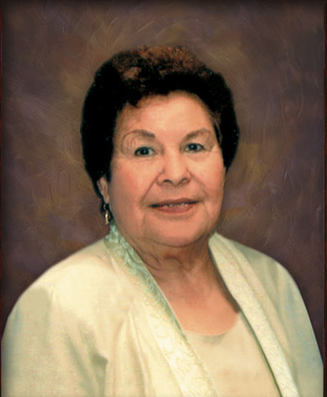 Elvira Samaniego, 90 of National City, passed away peacefully on Thursday, November 17, 2022, with her family by her side.

She was born in San Diego, CA. to Rudolph and Carmen Aguilar. She grew up in “Little Italy” in San Diego, where she attended Washington Elementary School, Roosevelt Junior High School and graduated from San Diego High School where she met her husband Rudolph “Rudy” Samaniego.

She was a devoted housewife and mother.  In her early years, she participated with the Parent Teacher Student Association at Central Elementary School where her children attended Elementary School.  As the children got older, she occasionally helped her neighbors who owned a restaurant named Tina's Delicious Lumpia in National City.  It was there where she learned how to make homemade Lumpia and Pancit. She was an amazing cook.  She was also known for her homemade flour tortillas.

As she got older she became a Caregiver to the elderly helping them around their home with dusting and cleaning, grocery shopping and accompanying them to the doctor’s if needed.

As time went by, many of her clients became ill, passed and she decided that she should spend more time at home.  You can often find her in her yard watering her plants in her garden or pulling weeds in the yard.

She is preceded in death by her husband of 71 years, her daughters Carmen Marie Cortez and Yolanda Samaniego.  Her parents, Rudolph and Carmen Aguilar.  Her sister Pauline Duran and her two brothers Adolf Carlos Aguilar and Stanley Aguilar.

She was a Wife, Mother, Grandmother, Sister, Aunt who was loved and admired by many. She will be dearly missed and will always remain in our hearts.

To send flowers to the family or plant a tree in memory of Elvira Samaniego, please visit Tribute Store
Monday
28
November

Share Your Memory of
Elvira
Upload Your Memory View All Memories
Be the first to upload a memory!
Share A Memory
Send Flowers
Plant a Tree