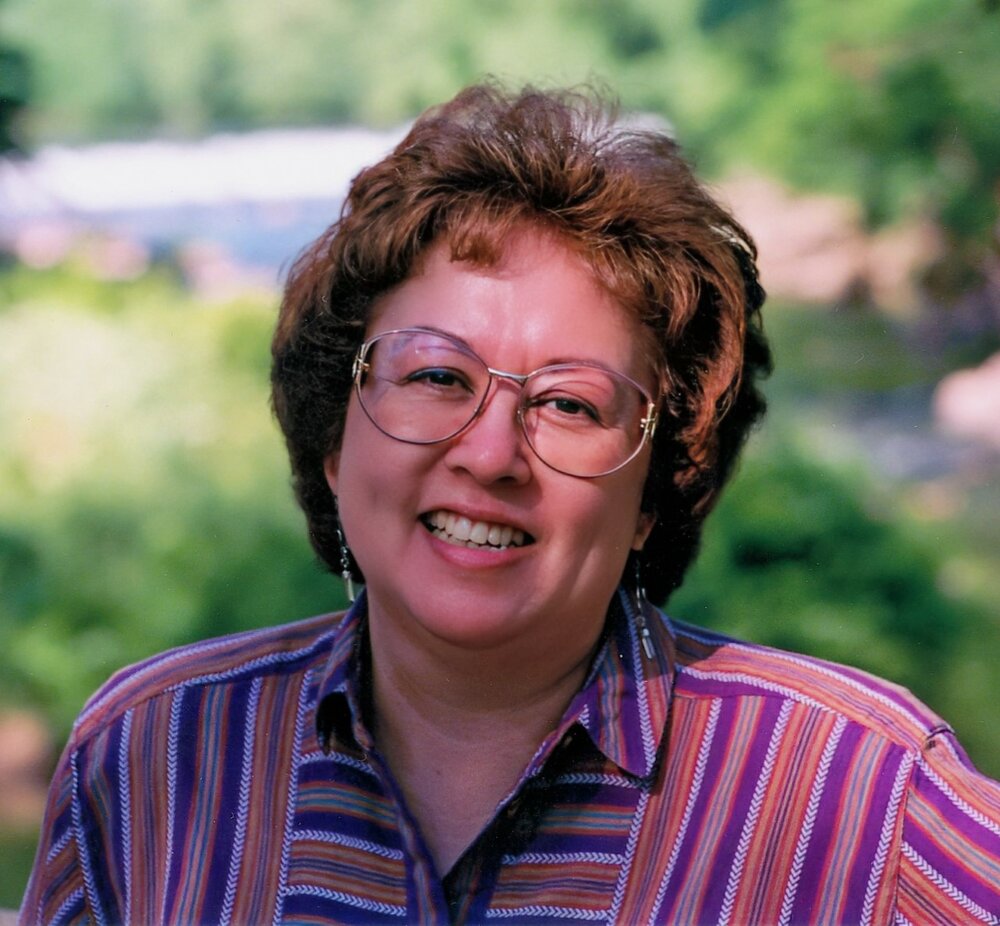 Obituary of Shirley B. Fein

Shirley B. (Johnson) Fein, 76, died in San Diego, California on October 13, 2022 after battling liver cancer for nearly two years. She had relocated from her long-time home in Arlington, Virginia to San Diego to be closer to her family.

Born on September 16, 1946 in San Carlos City, Pangasinan, Philippines, Shirley was the firstborn daughter of Juana (Aquino) and Richard “Dick” Johnson. Dick was serving in the U.S. Army when Shirley was born. When he returned to the United States after his tour of duty, Juana and infant Shirley traveled by ship to San Francisco, CA, and then by train to Florence, Kansas, where he had returned to civilian life as a railway agent.

While in Kansas, Shirley graduated with honors from Florence High School in 1964. Her father transferred to a railway station in Canton, where she lived briefly until enrolling in Salt City Business College in Hutchinson. She lived and worked in “Hutch'' for a few years, and then enrolled at Emporia State Teachers College, graduating in 1972 with a B.S. in Psychology and a Minor in English.

At Emporia State, Shirley met Paul Fein, and they married in 1971 before he served in Vietnam. During Paul’s military service, the couple traveled to duty stations in Texas, California and Germany. They separated while in Germany; Shirley stayed in Europe for a few more years, working for the U.S. Army Judge Advocate General Office in Munich. During that time, Shirley’s lust for travel and adventure was ignited. In later years, she often bragged about how many places she was fortunate to have visited. The only continent that she did not visit was Antarctica.

Back in the United States in 1981, Shirley spent some time with her family in California before deciding that Washington, D.C. was the place to be. She was a dedicated advocate for the rights of all people, and our nation’s capital was where she would take that passion. While in the D.C. area, she participated in rallies and marches of all kinds, especially those for women’s rights. Her early employment, working for the U.S. Senate, led to a 30 year career in the computer industry (Wang, Getronics, Eastman Software, DigitalNet) providing contract services to government agencies. In her free time she loved to go to the theater, volunteer, and dance.

Shirley didn’t rest a moment upon her retirement in 2012, as she wanted “something meaningful” to do each day. She continued one of her long-time volunteer efforts with Volunteers for the Visually Handicapped (VVH), supporting the visually impaired with everything from field trips to helping with administrative chores and organizing their homes. She helped the immigrant population in her local community by volunteering as an ESL Teacher’s Assistant for the Arlington Education and Employment Program. She also volunteered at a local yoga studio, staffing the front office, in exchange for free yoga classes. Her duty day was when the youngest of students attended (ages 5-12), and she delighted in telling stories about the little ones and their antics while waiting for their yoga classes. (We know that she did not really volunteer because of the free classes.) Shirley once shared, “I actually hate yoga, but I know that I’ll be healthier if … I am able to touch my toes!”

Another passion of Shirley’s was dancing. For many of her working years, she practiced and performed with a group of ladies who tapped. But, during her retirement, she decided that line dancing was more gentle on her joints. Enthusiastically joining a weekly line dance group, she loved participating with her friends at the annual All Weekend Dance Festival in Fredericksburg, VA. Shirley also dabbled in fencing, Tai Chi, bicycling, and took motorcycle lessons - even though she did not own a motorcycle.

Shirley’s greatest gift was her ability to make and keep friends. Her zest for life was indomitable, and everyone who met her gravitated towards her positivity. She maintained many friendships from all around the globe throughout her life - from school days, during her career, and into retirement. According to Shirley, “I try to make sure that the good things in life outweigh the bad. I try to always be an optimist and enjoy my friends and family to the fullest!” And, she certainly did.

Shirley’s family extends our sincere gratitude to all who have expressed their condolences. We especially want to thank those who loved Shirley and supported her through all of her needs during her battle with cancer. Many friends pitched in to help wherever and whenever needed, and we are eternally grateful. And, above all, we would like to thank her best friend of over 40 years, Alan Eisen, for being there for her in every way possible. She was truly blessed to have you all in her life!

Shirley is survived by her four siblings: Ellen Hayes (Larry), Golden, MO; Kenneth Johnson, Woodland, CA; Ruth French (George) and Laura Gall, San Diego, CA; four nieces and their families in California; plus many cousins in the Philippines, and a multitude of friends around the world!

A memorial service will be held at a later date, when family members are all able to gather. Please consider contributing in Shirley’s name to https://standuptocancer.donorsupport.co/-/NDBUUZNX, or a charity of your choosing.

To send flowers to the family or plant a tree in memory of Shirley Fein, please visit Tribute Store

Share Your Memory of
Shirley
Upload Your Memory View All Memories
Be the first to upload a memory!
Share A Memory
Send Flowers
Plant a Tree