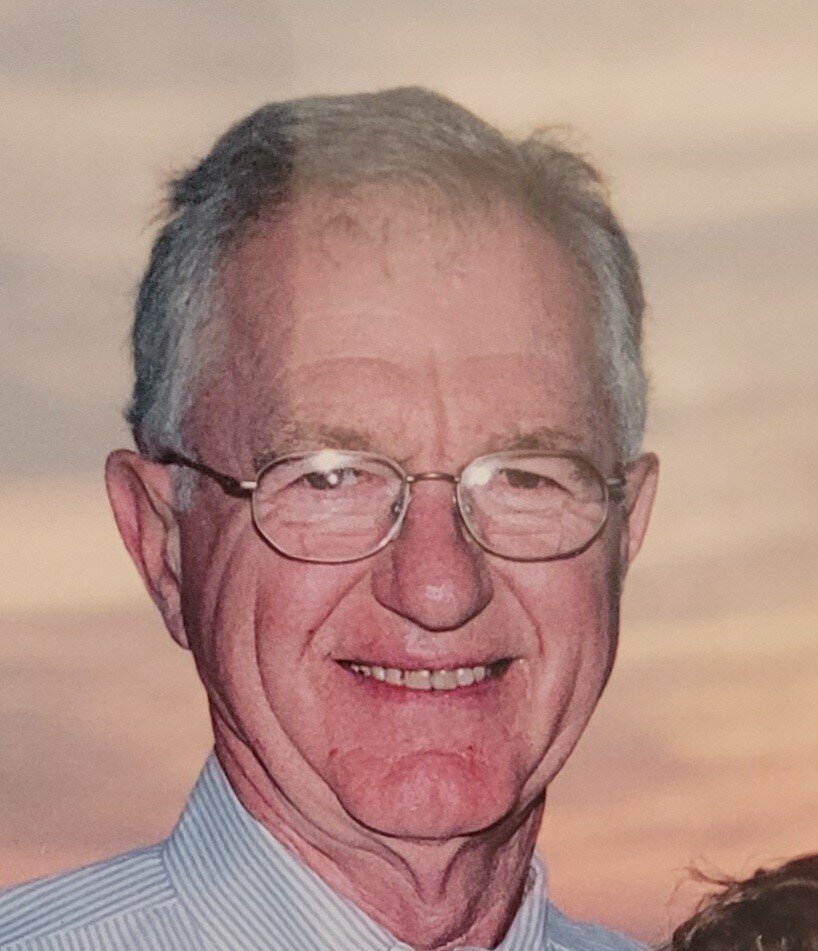 John Frank Pizzato died peacefully at home on July 28, 2022.  Originally named Giani Francesco Angelino Augustino Pizzato (and called “Gianfranco” by his mother), he was born on July 22, 1930, in Omaha, Nebraska.  His parents, Ernesto Pizzato and Orsolina Girardi, immigrated from Italy, in 1913 and 1923.  He had a sister, Edda (Catalano), and brother, Dino, who are deceased.

John attended the University of Omaha, then transferred to Iowa State, where he was a member of the Theta Delta Chi fraternity and graduated with an engineering degree in 1952.  While working for Chance Vought in Dallas that year, he was drafted into the Army, but joined the Navy instead.  He served as a civil engineer (“Seabee” Construction Battalion) at the bases in Miramar and San Diego, and was a Lieutenant in the Reserve for four decades.

John worked for 33 years in El Cajon, California, as City Engineer and Director of Public Works.  He was a member of the American Public Works Association and served as President of the San Diego and Imperial Counties Chapter in 1967.  After retiring in 1991, he moved to Coronado.  He served as a volunteer at the Coronado Police Department for 5 years and worked as a consultant at Algert Engineering for 18 years.

Two of John’s passions were playing tennis (until his late 80s) and duplicate bridge. Unless he was ill or out of town, John never missed his weekly game of duplicate bridge and achieved the title of “Life Master.”

John was an active member of Our Lady of Grace Catholic Church in El Cajon and of Sacred Heart Catholic Church in Coronado.  He married Marie Hammack in 1955 and they had a son, Mark, in 1960.  Marie died in 1970.  John married Mary Jane Gaitens in 1997 and they celebrated their 25th wedding anniversary in June.

John is survived by his wife Mary Jane, his son Mark, and grandsons Luke and Peter, plus stepchildren Brett, Tal, and Megan, and their spouses Shelly, Rula, and Tal, along with step-grandkids Lindsey, Michael, Tori, Matthew, Jacob, Levi, and Luke.

A memorial service will be held at Sacred Heart Catholic Church in Coronado on August, 26th at 11:00 A.M. with reception to follow.

To send flowers to the family or plant a tree in memory of John Pizzato, please visit Tribute Store

Share Your Memory of
John
Upload Your Memory View All Memories
Be the first to upload a memory!
Share A Memory
Send Flowers
Plant a Tree