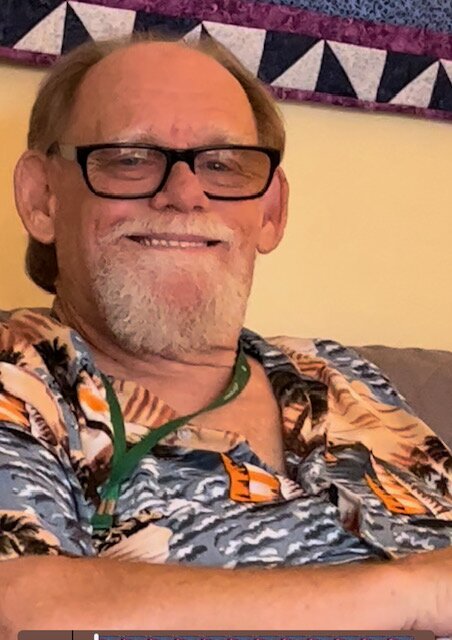 Robert Maurice Garland, 63, died on 12 May 2022, from complications of liver cancer. Bob was at home in Lemon Grove and in the company of his son and friends when he passed. He is survived by his son, Parker Warde Garland of San Diego and his sister, Linda Garland Oestreich of La Mesa.

Bob was a Pressman and Printer during his working years in the Palm Springs area. During his life, he lived in both Palm Springs and San Diego area communities.  He was born on 13 January 1959, in Ashland, Kentucky, but he was brought to Bonita (Sunnyside), California, by his parents before his first birthday. He grew up in the rural area of Sunnyside and lived much of his early life in the South Bay area of Chula Vista and Bonita.

Bob was preceded in death by his brother, Bruce Harrison Garland and his sister, Christine Adele Garland.

Bob was a loving father and wonderful brother. He was loved by friends and strangers wherever he went. He was a gardening enthusiast, great cook, and lover of music--especially rockin' blues.  He had a huge heart and was a caring protector of any dogs and cats that shared his life. His humor and love of life were contagious. His absence will be hard on all who knew and loved him.

No services are planned.

To send flowers to the family or plant a tree in memory of Robert Garland, please visit Tribute Store