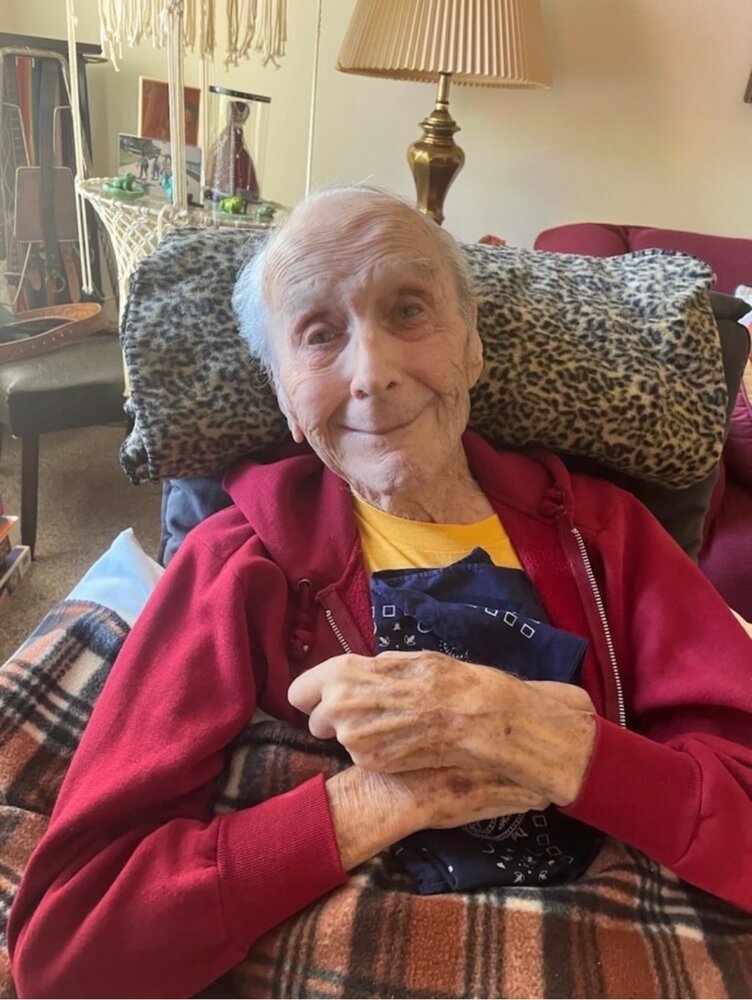 John Robert DeNinno passed away at his Chula Vista, CA home on March 2, 2022 surrounded by family, a dear friend, and caregivers.  He was 95 years old.

John was born in Illinois, and was married 73 years to the love of his life, Josefa, who preceded him in death in August 2021.  He is survived by his 2 daughters, Mary and Fran, his son, John P., his sister, Mafalda, 4 grandchildren, Brett, Nicole, Antonio and Amy, and 3 great granddaughters, Zyriah, Bliss and Izabella.

John grew up in Illinois, the son of immigrant parents, his father from Italy and his mother from Germany.  He had 2 younger sisters, Damaris and Mafalda.  He often told stories of growing up during the Great Depression and prohibition, including stomping grapes for his father to make wine in their cellar. Having grown up during that time, he learned to save and work hard. He enlisted in the Merchant Marines as a teenager during World War II, and sailed both the Atlantic and Pacific Oceans. He liked to tell stories of his time served and the places he visited. After returning to Illinois, he worked various jobs and was introduced to Josefa by a coworker (and future brother in law). John went to Texas to marry Josefa and brought her back to Illinois to live and start a family.

John had a long career as a carpenter and built three of the homes that he and his family lived in. He could fix just about anything.  He worked hard to support his family, and emphasized the importance of a good education to his children. He was proud that all 3 of his children graduated from college.

He long dreamed about moving away from the cold Illinois winters to sunny California.
After he retired, he made that dream come true.   He enjoyed gardening and grew many different fruit trees as well as flowers. He loved to take walks around the neighborhood and often shared his bounty of fruits and nuts with others.

John enjoyed spending time with family, especially his grandkids. His face would light up whenever he saw them. He loved to fish, have family BBQs, go for walks and travel.  He enjoyed talking with anyone he met, and was known for his sense of humor and his strong opinions.

A Catholic Memorial Service will be held on Friday, March 25th at 2 pm at the Legacy Funeral and Cremation Care Chapel, 7043 University Avenue, La Mesa, CA 91942.

John and Josefa's ashes will be scattered at sea on Saturday, March 26th, courtesy of the U.S. Coast Guard.


In lieu of flowers, family requests that donations be made in his memory to the Alzheimer's Association.  Link to his donation page:
https://act.alz.org/site/TR/Events/Tributes-AlzheimersChampions?pxfid=735593&fr_id=1060&pg=fund