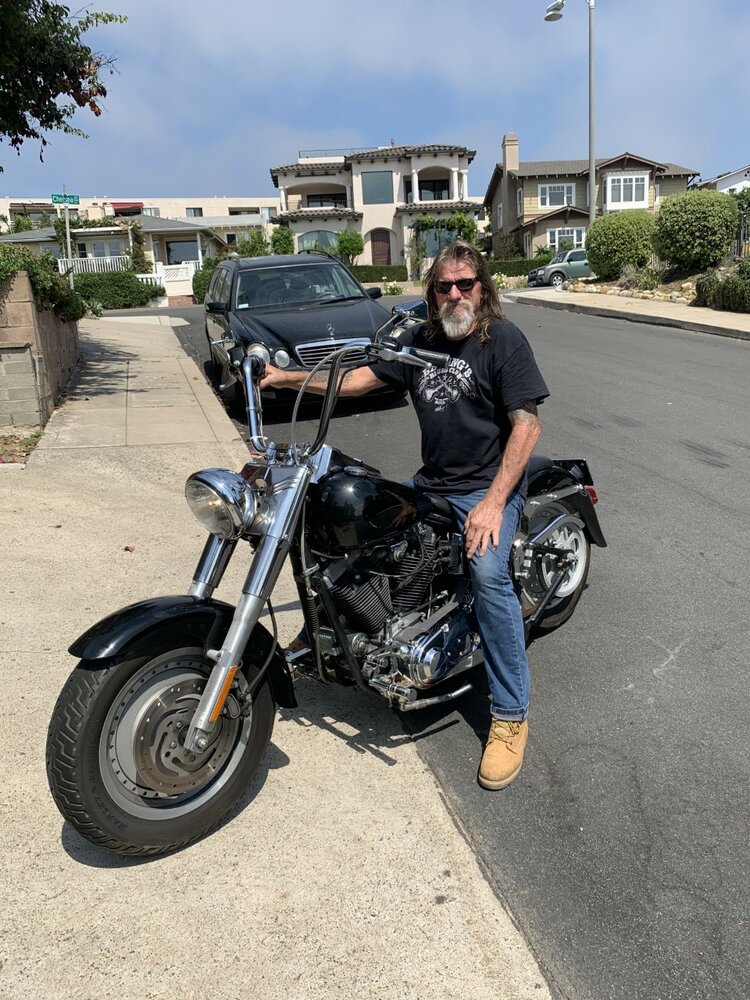 Mitch was a Harley enthusiast, having built his most recent bike from a bare frame. He grew up in El Cajon, CA, and relocated to La Jolla with Cassandra many years ago, which he called home. Mitch loved gazing at the night sky, and learning about the universe; watching and listening to ocean breaks; listening to blues music; singing, playing live harmonica and spending time with family and friends.

Mitch was an avid reader, loving Carl Sagan, Neil Gaiman, Yuval Noah Harari, among many others.  He loved football, the history of the players, and the San Diego Chargers before they left San Diego.

Mitch was a construction foreman and framer by trade, having previously specialized in underground construction, along with his dad and brothers.  He was loyal, honest, and hard-working, taking pride in teaching the youngsters safe working conditions, and the trades.

Everyone who met Mitch throughout the years loved and respected him. As one friend said following his passing, “he was a king among men”, which truly depicts Mitch.

In lieu of flowers, donations may be made in Mitch’s honor to the First Presbyterian Church of El Cajon; St. Jude Children’s Research Hospital; Project Wildlife; or ASPCA."

Share Your Memory of
Mitchell
Upload Your Memory View All Memories
Be the first to upload a memory!
Share A Memory