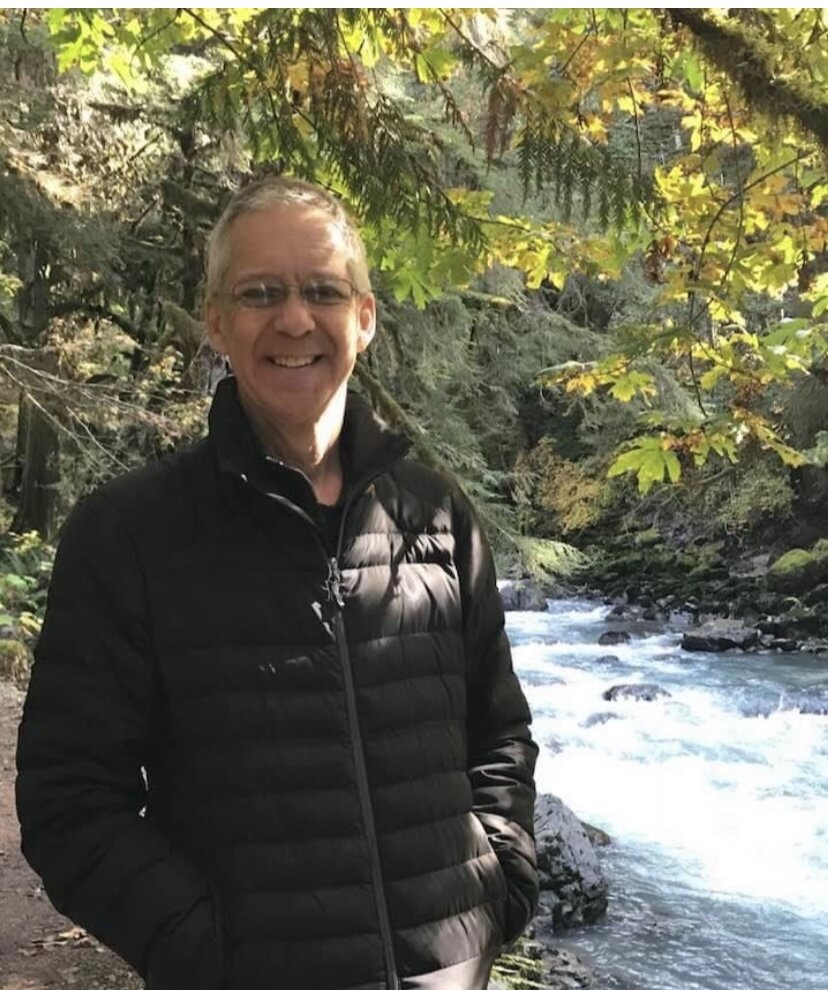 Jeff grew up in Idyllwild, California in a Christian family, where at age 5, he became a believer in Jesus Christ and was baptized. Jay and Kay, Jeff’s parents loved camping and backpacking and passed on their love of the outdoors to their son.  At age 12, Jeff began working at Idyllwild Pines, a Christian camp where the camp cook scrambled 12 eggs every morning for Jeff’s breakfast. Here, for the next 6 years, he learned plumbing, electrical, and mechanical skills, and most importantly, he said, how to build things well.  When he was 15, Jeff and 3 friends decided to hike the John Muir Trail in Yosemite, a 250 mile, 6-week trip where they got lost, encountered early snow, bears who stole their food and to quote a friend, “near starvation.” But through it all, Jeff remained positive and encouraged his friends to not give up.  After graduating from high school, he orchestrated a new adventure with friends (and later his dad) to bicycle across part of the country. They began in Albuquerque and made it to Jeff’s grandparent’s house in Michigan. Later in college, Jeff developed a love of scuba diving and worked on a fishing boat for a summer as “Jeff, the Chef” while diving for abalone and lobster when not on duty.

In 1985, Jeff met Denise, the love of his life, first at a Sandi Patty concert and then again at a home fellowship. They were just friends at first, but not quite 2 years later, Jeff asked Denise to marry him.  To propose, Jeff, not one to do things in a small way,  rented a knight in shining armor costume and rode up on a white horse.  They were married in 1987 and had 4 children, 3 sons, and 1 daughter.

In 1995, Jeff moved his family from San Diego to Arkansas to live near his amazing parents.  While working at Northrop Grumman as a network engineer, Jeff was very involved in his children’s lives.  For 10 years, he was a stroke and turn judge for his children’s swim team, the Sherwood Sharks. Although he had never golfed before, he teamed up with his son Jeremy in many father/son tournaments.  After passing on his love of Lego building to Nathaniel, Jeremy, and Jonathan, he started and then coached for 3 years a homeschool Lego robotics team and was awarded the unofficial title of “Coach of the year” by the students.  Later, Jeff became an assistant scoutmaster for his youngest son, Jonathan's, Boy Scout troop and attended almost every meeting and campout. Jeff was also an avid Do it Yourselfer. He and his assistant, Hannah, would make many trips to Home Depot where afterward, they would buy a Coke, not Pepsi.

A few years after his diagnosis in 2011, he and Denise returned to live on the west coast.  Together they traveled to over 20 states and visited over 30 state and national parks. Whether it was by car, train, boat, plane, or even once by helicopter, Jeff loved adventures in God’s beautiful creation. Of all the places they went, Alaska remained his favorite. And wherever they went, he enjoyed his lifetime hobby of photography.

Jeff was loved by all who knew him.  His big smile and booming laugh, strong work ethic, perseverance, and cheerful attitude were appreciated and admired wherever he went, so much so that two of his friends named their sons after him.

To send flowers to the family or plant a tree in memory of Jeffery Jones, please visit Tribute Store

Share Your Memory of
Jeffery
Upload Your Memory View All Memories
Be the first to upload a memory!
Share A Memory
Send Flowers
Plant a Tree