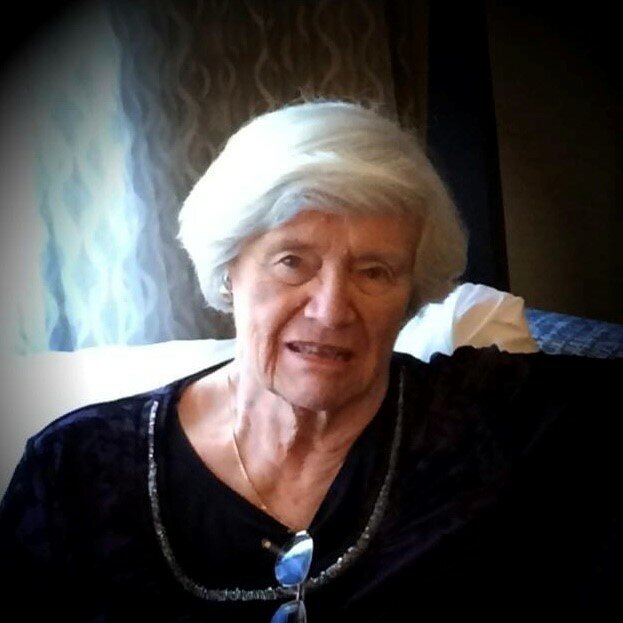 Ann is preceded in death by her husband Theodore Frank Schulte 03.22.2009.

She is survived and loved by her 4 children Douglas E. Schulte and Dorlue of San Diego, CA. Denise E. Marcolina and Dan of Oreland, PA. Diane E. Maravelias and James of Bear, DE. Daniel E. Schulte and Lisa of Santee, CA.

Ann graduated Hanover High School at 16 years old, one year early then went on to nursing school. She graduated nursing school at Orange Memorial Hospital on 9.17.1951. She was certified as a register nurse by the State of Maryland on her 21st birthday 02.27.1952.

Ann and Ted were married on 01.07.1953 and stayed happily married 55 years until his passing in 2009. She took incredible care of him through his sickness and missed him dearly when he passed on.

Ann and Ted raised 4 children together while Ann was always doing volunteer work for the United Methodist Church in Bloomfield, NJ. as well as extremely active in the “Meals on Wheels” organization. During her retirement years she worked at Walmart in Palm Coast Florida where she was manager of the garden center for 3 or 4 years. She and Ted, as a hobby, also sold Grecian goods at flea markets under the name “Aegean Imports”.

Ann will always be remembered as a smart, independent, loving person who cared deeply about her family and the state of the world. Her ability to navigate current technology was remarkable. She will be loved and missed.

A private family service will be held in the Spring of 2022 at Fort Rosecrans National Cemetery in San Diego CA where Ann will lay in rest with her beloved husband Ted.

To send flowers to the family or plant a tree in memory of Ann Oliver Schulte, please visit Tribute Store

Share Your Memory of
Ann
Upload Your Memory View All Memories
Be the first to upload a memory!
Share A Memory
Send Flowers
Plant a Tree