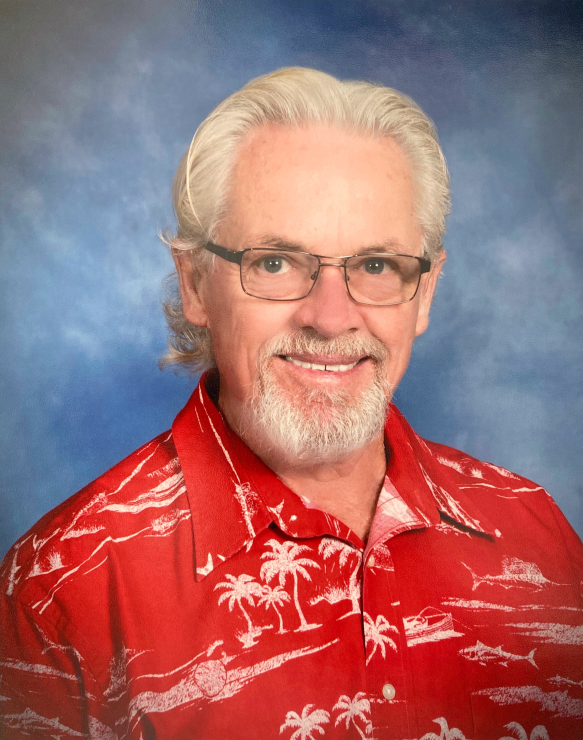 The world lost a good man on September 1, 2021. Denny's 82 years was not nearly enough for his family and friends. He was a Coronado hero, devoted husband, loving father and grandfather, loyal brother and friend.

Denny was born in Coronado on August 5, 1939 and lived most of his life in Coronado. Son of Andrie and Adeline Grimaud, Denny was fifth of seven children: Donna Ecoffey (deceased), Ron (deceased), Maurice (Swede), Lowell, Gary, and Annette Metje. Denny was part of the well-known Grimaud clan who dominated Coronado High School sports in the 1950's. Denny was quite the athlete in his own right, lettering in football, basketball, and track. Denny still ranks high on the Coronado High School’s “Best Athlete” list.

Denny's athletic abilities paved the way for his career in law enforcement. Coupled with his inquisitive mind and knack for problem solving, Denny made his mark as a Detective and Sergeant with the Coronado Police Department. He opened the investigation on the infamous drug smuggling ring known as the Coronado Company and was awarded the Certificate of Valor by the State of California for outstanding police work when a drug bust went bad. Denny loved being a cop and was devastated when health problems forced him to retire early.

However, Denny did what Denny always did. He reinvented himself, learned a new trade, and loved his wife and family with all his heart. Denny always said the best decision he ever made was marrying Carol Milligan of Imperial Beach. The inscription in his wedding ring rang true: All my love, All my life. Denny and Carol were married for 54 years and were true life partners. They built a family, two sons, Scott Edward Grimaud and Michael Andrie Grimaud, who gave them much pride and joy. Some of Denny and Carol's happiest years were watching their boys on the tennis court, coaching youth sports, and spending time together on family vacations.

The next chapter of Denny's life that filled him with great joy was becoming Baba. Denny loved his grandchildren fiercely. You would often see him at the school gate waiting to pick them up and take them to get ice cream or riding around town in his golf cart and then scooter. Scott's son, Leo, and Andy and Rev. Kristie Grimaud's children, Micah, Cameron, and Logan, became the center of Denny's life. He overcame many health problems and lived with chronic pain, so he could spend more time with his family.

Even to the very end, Denny was strong and fighting, until his body finally surrendered to complications from Alzheimer’s in which he entered into eternal peace with his Lord and Savior. A memorial service will be held October 2, 1:00 pm, at St. Paul's Methodist in Coronado. In lieu of flowers, donations may be made to the Alzheimer's Association of San Diego.

To send flowers to the family or plant a tree in memory of Dennis Grimaud, please visit Tribute Store
Saturday
2
October

Share Your Memory of
Dennis
Upload Your Memory View All Memories
Be the first to upload a memory!
Share A Memory
Send Flowers
Plant a Tree