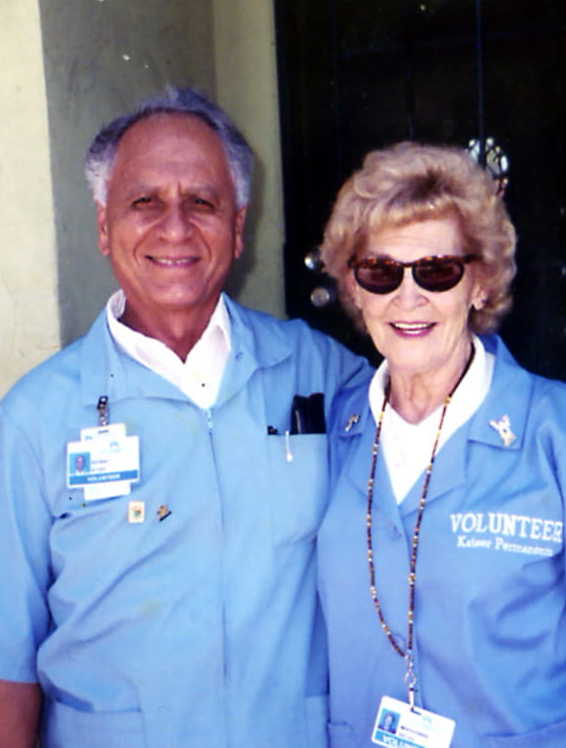 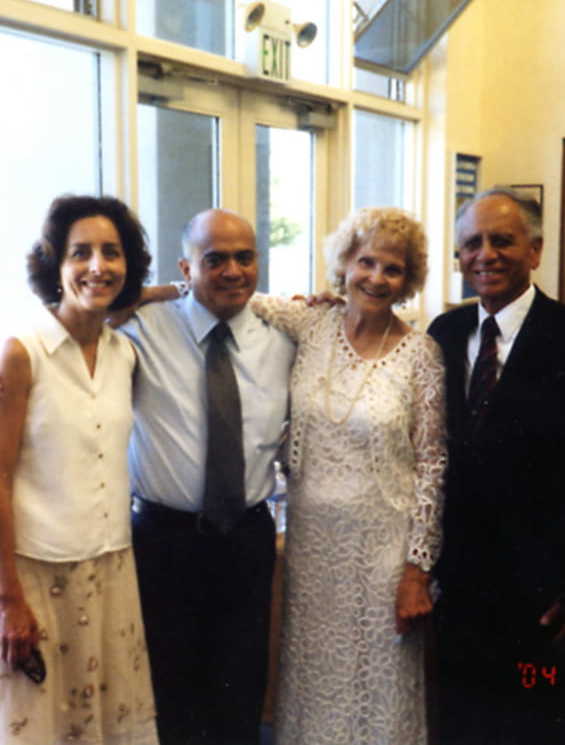 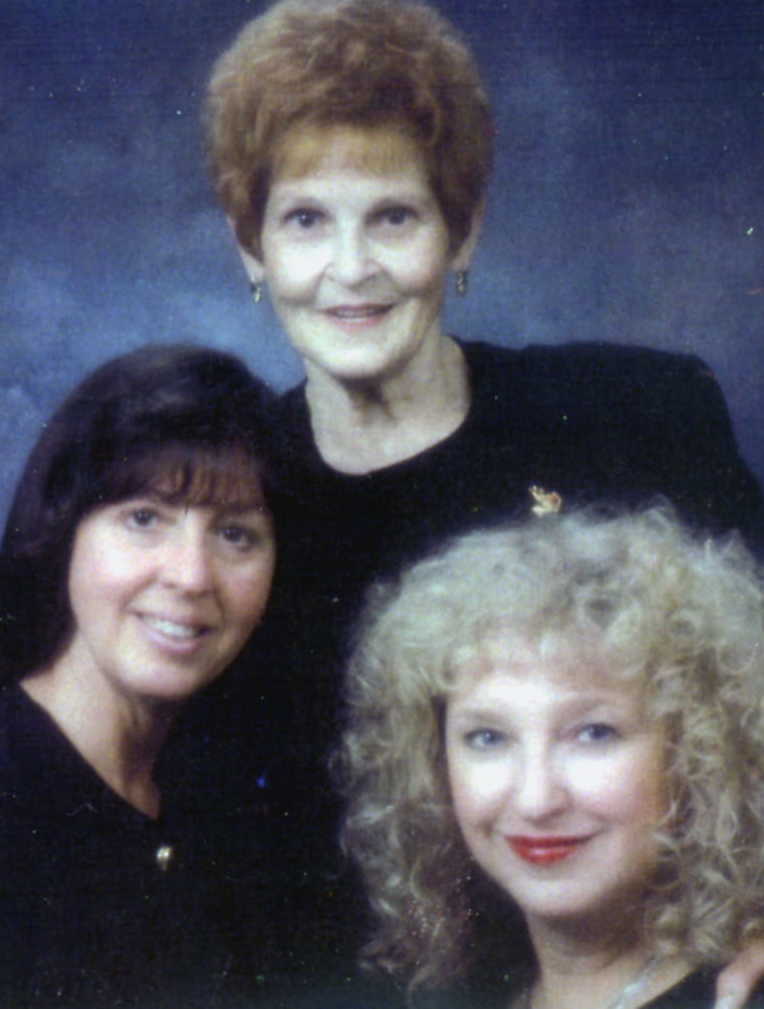 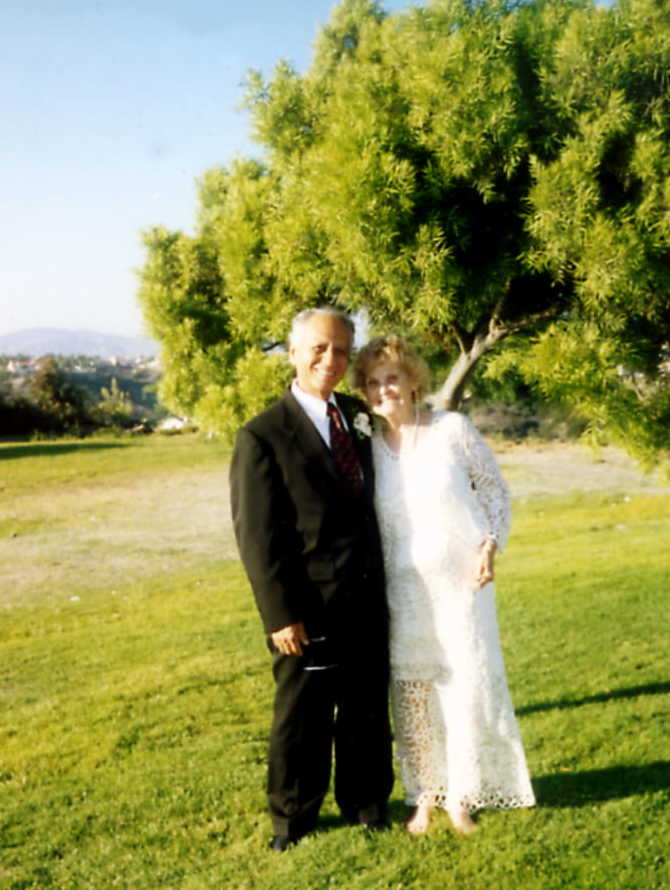 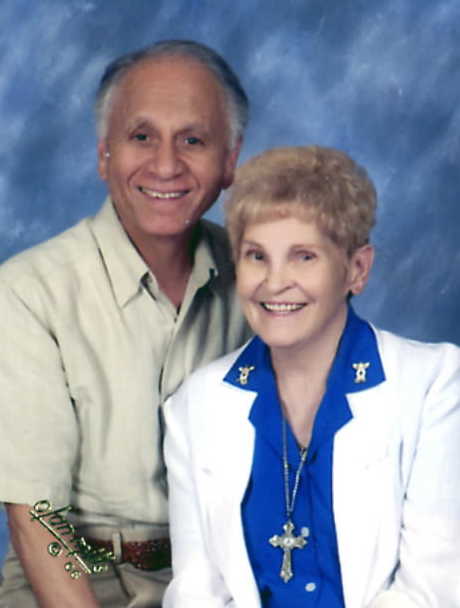 Benny Ayap, 92, passed away on September 1, 2020 peacefully in his sleep at home in San Diego while under hospice care and the care of a family caregiver, and his beloved wife Marianne Ayap, 94, passed away 17 days later on September 18, 2020 in her two daughters’ arms at her daughter Ginger Hill’s home in Lemon Grove.

Benny was born in Colon, Panama to Venancio and Amelia Ayap in 1928.  His father, while serving in the U.S. Navy, then settled his family in San Diego.  He attended San Diego High School, graduating in 1946. He was subsequently employed at Carl Thudium’s Market in Hillcrest from 1946-1971, and various San Diego supermarkets as a Grocery Clerk and Produce Clerk until his retirement.  He was a member of the UFCW Local 135 Union.  He was predeceased by his parents, first wife Beatrice Ayap (Delgado) in 1994, son Jeffrey Ayap in 1991 and brother Raymond Ayap in 2014.  He is survived by his son, Arnold Ayap (Audrey), Grandsons Patrick Ayap and Benjamin Ayap, and their spouses, five Great-Grandchildren; sister Dorothy Bairley and brother Fred Ayap (Peggy), his nieces and nephews and their families, and Step-Daughters, Ginger Hill and Sharon Percival. He was a beloved Husband, Father, Step-Father, Grandfather, Great Grandfather, Brother and Uncle.

Marianne was born in Douglas, Arizona to parents Henry and Clara.  She was married to first husband Henry Smith, lived in Bisbee, Arizona and had two daughters, Ginger Hill and Sharon Percival who were the light of her life.  She was predeceased by her beloved Benny; her parents; all seven of her siblings, sister, Ginger, brothers, Fred, James, Jessie, Daniel, Eddie and Teddy; her first husband, Henry Smith; her second husband, Harry Selig; and her Grandson, Royce Hill.   She was a much beloved Wife, Mother, Grandmother, Great Grandmother and Great-Great Grandmother.  She was survived by her two daughters, Ginger Hill and Sharon Percival, Grandsons Larry Hill and Will Hill, Great Grandchildren Kamara Portis, Trey Hill, Mike Hill, Tanya Abdelrehim, Kodi Hill and Elijah Hill, and 9 Great-Great Grandchildren.  She was the family matriarch, and although small of stature, was larger than life.  She loved God and her family more than anything.  She always said her biggest achievement and greatest joy was her daughters.

Marianne was a record store clerk in the 50’s living in Modesto when Rock-N-Roll was just starting with Elvis, Fats Domino, Little Richard, Chuck Berry, etc.  She was a single mother, loved music, always had the latest 45 records, and she and her daughters always had music in their home.  She had a friend who owned a Harley Davidson, and he taught her how to ride, and she used to take her daughters for rides, or anyone else that wanted to ride with her.  She married Harry Selig in 1960 and lived in the mountains in North Fork, California where he was a certified lumber grader for American Forrest Products.  They moved to Fresno in 1970. She worked as a sales clerk at a clothing store, as a waitress, at Long’s, was a clerk at a beauty supply store, did food demos; and was a deli clerk at Pac-N-Sav.  She always believed in working hard.  She went to Beauty School in her 50’s and got her cosmetology license.  After her husband passed away in 1998 she moved to Lemon Grove from Fresno to be close to her daughters, and moved in with daughter Ginger, who she lived with for four years.

Benny met Marianne at the Grove Bowling Center in 1999 while both were bowling in the senior leagues.  He said he had his eye on her for some time. Thus began their love story.  Before you know it he was a part of her close family, sharing meals, games, holidays, church, birthdays (Benny’s was July 20th, the same as Sharon’s, and Ginger’s is July 18th, so we always celebrated together).  They were married in 2004.  His devotion to her was beautiful to watch.  How lucky they were to find their soulmates and love again at their age after losing their spouses of many years.  They both shared a strong faith, reading their devotions and Bible every morning, and worshiped at Risen Savior Lutheran Church.  They loved the Lord with all their heart, and soul and strength.  Marianne was a prayer warrior. They looked forward to attending monthly lunches at the UFCW Local 135 Retiree’s Club, and went on a few day trips with the club as well; and until the last several years they frequently still got together with a group of his high school friends for lunch.  He was known as “Dippy” by his high school friends (for diplomat).  They also enjoyed volunteering together at the Kaiser Permanente Hospital gift shop.  They were inseparable, very active and always on the go.  After the Grove closed they continued bowling at Parkway Bowl in El Cajon.  Benny was a devoted Padres fan, and they frequently went to Padres games when they were still able, and faithfully watched the games on TV.  They also enjoyed going to the Holiday Bowl, working jigsaw puzzles together, walking and riding their bikes. and spending time with family and playing games.  They both loved chocolate, but always gave it up for Lent every year.  Benny was a hard worker, always busy, and enjoyed working in the yard, cooking, reading, watching movies and listening to music.  He was a quiet, unassuming but determined man, a man of routine.  They were so cute, riding next to each other in the truck like a couple of teenagers.  Everyone commented on it.  She said he was a very loving husband.  They would sing hymns together while driving, and always said the Lord’s prayer together at night before bed.  She always said “I tell the Lord every day I’m a sheep in his pasture”.   When she woke up in the morning she jumped out of bed and said “This is the day the Lord has made.  Let me rejoice and be glad in it.”  She always wore angel pins on her collar, said there’s no such thing as can’t, and where there’s a will there’s a way.  She was an inspiration to all.

Marianne was an extreme extrovert, with never-ending enthusiasm, a vitality for life and had a lot energy, and Benny and all the rest of her family had fun trying to keep up..  She loved people and never met a stranger.  Upon meeting you (after hugging you) she’d be the first to tell you her name, her age, that she never drank or smoked, had 20/25 vision and didn’t take any medications (until her late 80’s).  She thanked God for every day she was here, and was very proud of and loved her two daughters beyond measure.  She was a vibrant, feisty, fierce, loving, big hearted, very determined, strong-willed woman, hugging everyone she met.  She was a lifetime league bowler for almost 75 years, was a very good bowler, and she met many of her treasured friends through bowling.  She went to many state tournaments and had many trophies. She was a member of the 200 Club.  She bowled with a 16 pound ball and had a high back swing.  Benny was also a good bowler.  She was always very competitive at everything she did whether it was bowling, cards, dice, Scrabble, etc.  She didn’t like to lose, so you had to be on your toes when you were playing with her because she was sharp as a tack.  She had an active, curious, observant and inquiring mind and she had no filter.  She loved words and studied them to improve her vocabulary her entire life, and for many years carried a small dictionary in her purse.  And, of course, Norman Vincent Peale’s book The Power of Positive Thinking was one of her early favorites.  She always worked word find books – anything to keep her brain active and engaged.   She gave great big hugs.  She was very athletic in her younger years, and in addition to bowling, played softball (shortstop), soccer, figure skating (she said she would have loved to be a professional skater), horseshoes, and volleyball.  She was a strong woman, and even in her 90’s she liked showing you what a strong grip she had.  She loved shoes, perfume, sewing, crocheting, crafting, cooking, lively music, and was always ready to dance.  She was a character, often a handful, but she was always true to herself.  We were very lucky to have her in our lives as long as we did.  She was very special.  Up until the time she fell and broke her pelvis in five places in 2015 she was still a brisk walker.  She recovered in three months, never complaining, but she didn’t want to fall and hurt herself again, so she was very careful to use her walker and tried to slow down.  Although we still had to run to keep up with her even with her walker.  Benny was such a good guy.  He took his responsibility as a husband very seriously, and always took good care of his wife.  We were so fortunate to have him as a part of our lives, and will be forever grateful to him for taking such good care of her.   Poor guy, he really suffered with all his medical issues over the course of his life due to the cancer he had when he was younger, and had many, many hospitalizations during the course of their marriage. But he never complained, and was always resilient.  His knees hurt him so much the last several years.  The last year of his life he used his walker as well.  We have loved having him as a part of our family holidays, birthday celebrations, and just our everyday lives in general.  He used to cook Salmon frequently, and whenever he made it, always shared it.  We all shared meals back and forth.

They were so fortunate to be able to stay in their home and live independently to the end, but they had a supportive family to help them whenever they needed it, including taking them to doctor appointments and managing their meds.  But they supported and took care of one another.  2020 was a very hard year for both of them.  They were very social and loved to be on the go.  Being confined to their home and not being able to see people was difficult.  We tried hard to keep them safe and home by shopping for them, and bringing them food, so they wouldn’t be subjected to the virus.  To get them out of the house Sharon used to go pick them up and take them for rides/adventures around the County, wherever they wanted to go, they got to pick.  We went to Coronado, Imperial Beach, Ramona, Santa Isabel, Julian, Lake Cuyamaca, Oceanside, Mt. Soledad, Ocean Beach, etc.  It got them out of the house and looking at some of our spectacular scenery in our beautiful San Diego.

After Benny passed, Marianne’s goal was to be reunited with him and her Lord and Savior in Heaven, and she set her mind to it.  Benny passed away 3 days after their 16th anniversary, and she passed away 17 days later.   The world has lost a wonderful man and an amazing woman.   They will be forever remembered with love and affection in our hearts and thoughts, and greatly missed by their family.

To send flowers to the family or plant a tree in memory of Marianne & Benny Ayap, please visit Tribute Store

Share Your Memory of
Marianne & Benny
Upload Your Memory View All Memories
Be the first to upload a memory!
Share A Memory
Send Flowers
Plant a Tree