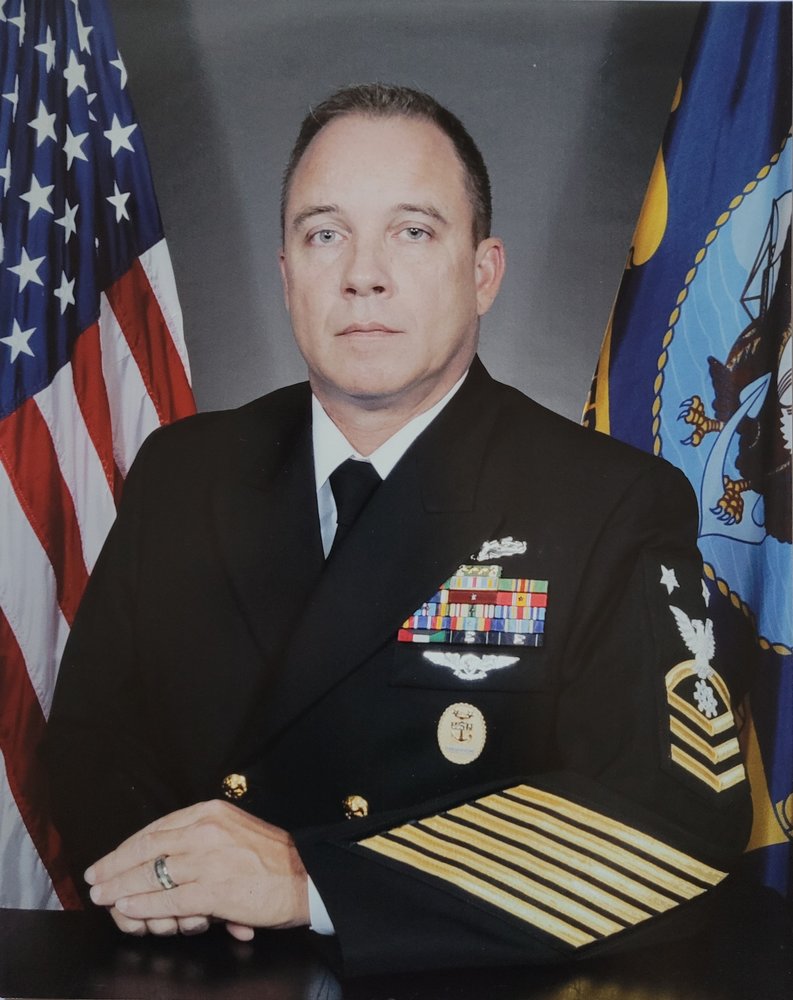 Bob was born in Modesto, California to Dale and Linda Barber.  He spent his childhood moving frequently due to his Father’s job in the U.S. Navy and then follow-on specialty job.  The family’s moves took them on many adventures making friends along the way.  Their final move was to Vicksburg, Mississippi where he graduated from Warren Central High School in 1982.

Bob loved spending time at home, watching movies, and playing Xbox! One of his favorite things was sharing his movie critiques with family and friends.  After retiring he planned trips every year to take him on adventures to see new places while visiting family and friends along the way. A stop he made every year was to spend time with his children and grandchildren.

In lieu of flowers, the family wishes to continue Bob’s legacy of leadership and mentoring by asking that any donations be made to one of the following charities:

Share Your Memory of
CMDCM Robert
Upload Your Memory View All Memories
Be the first to upload a memory!
Share A Memory