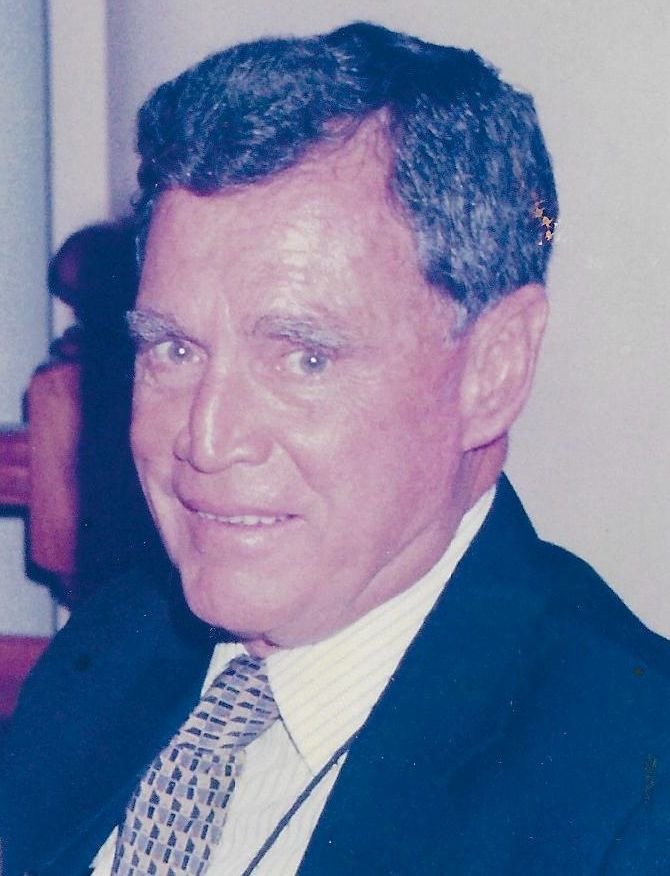 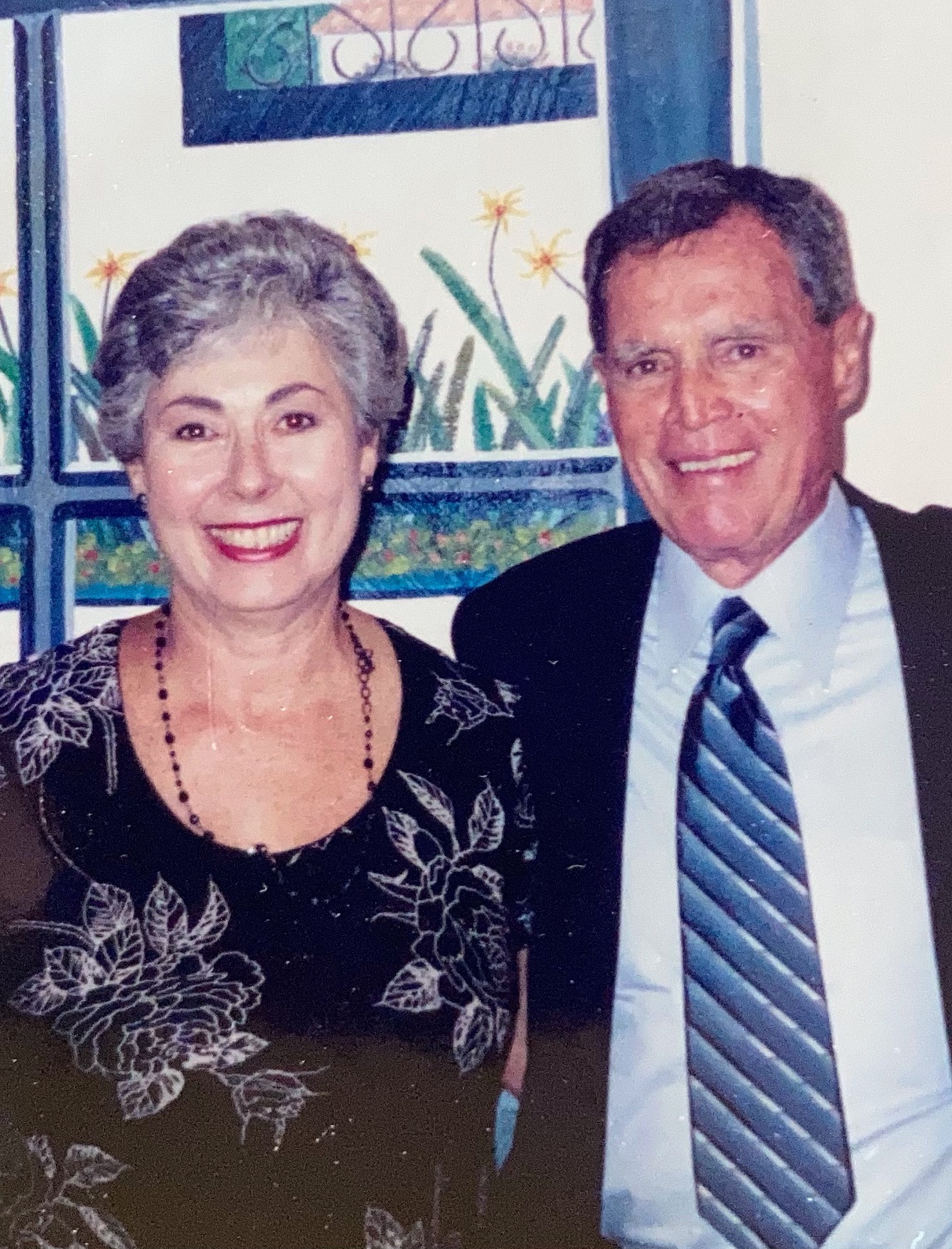 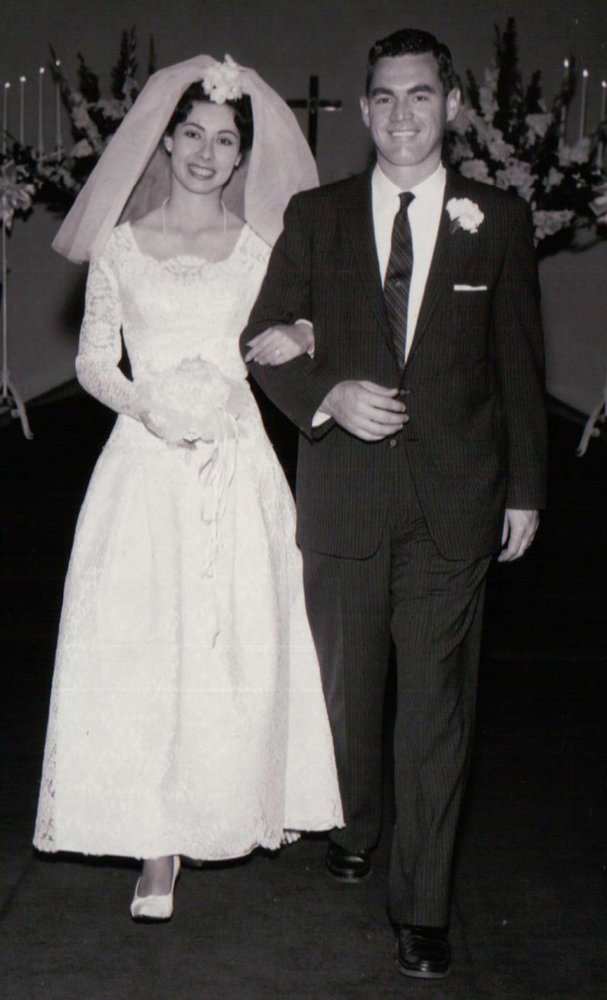 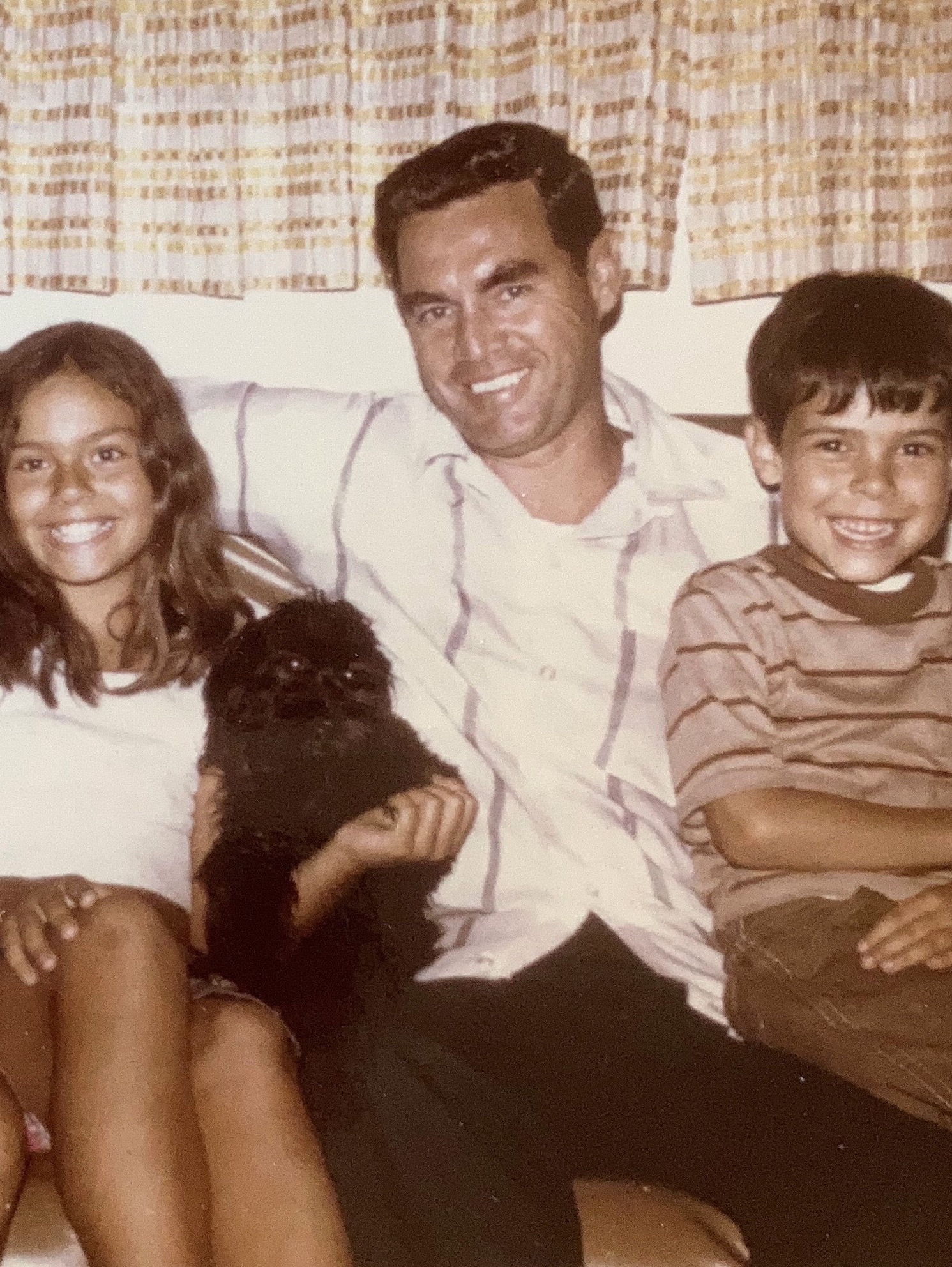 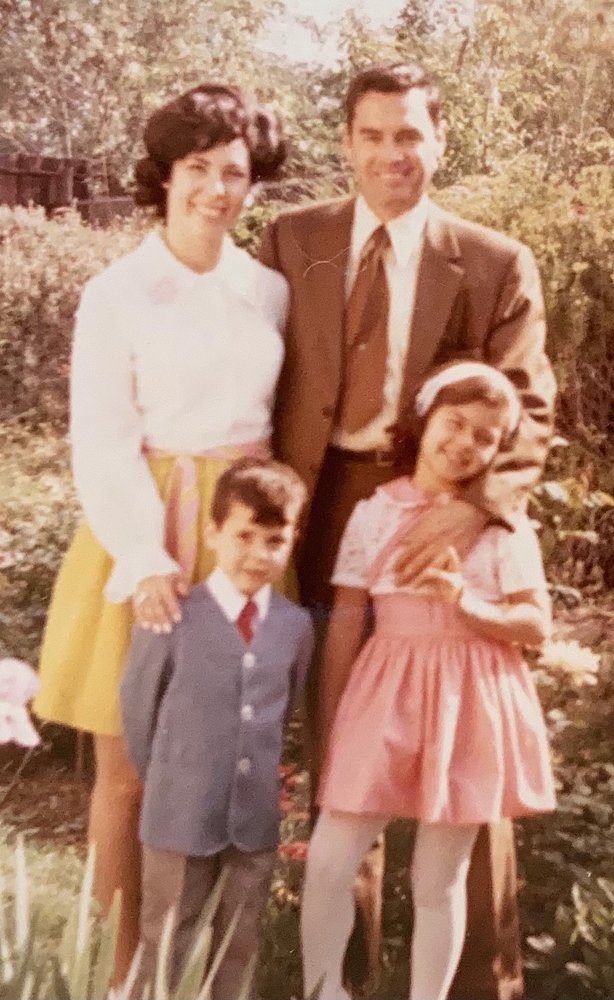 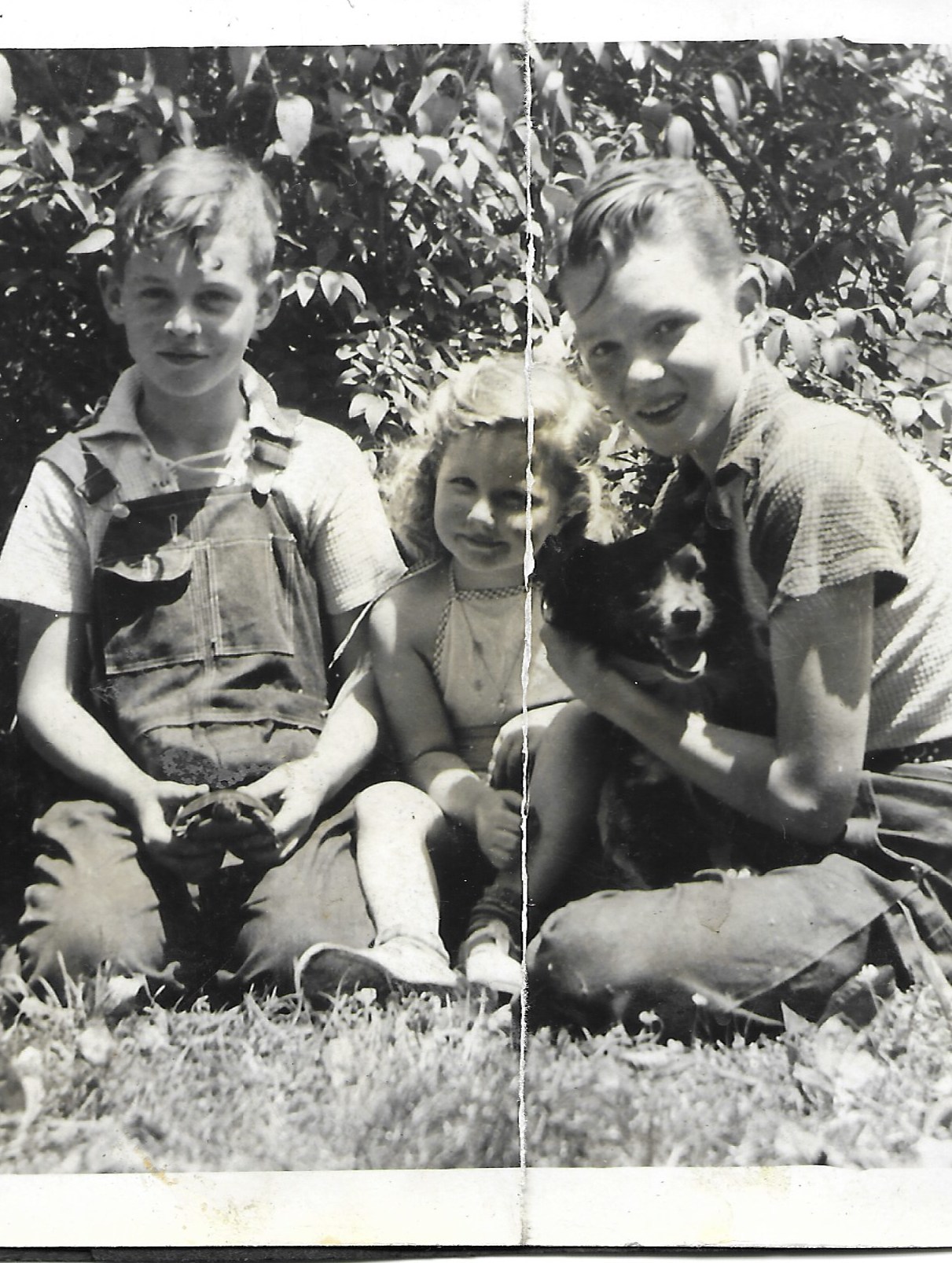 Robert "Bob" Eugene Gifford, 90, of Point Loma, California, went to his heavenly home on April 8, 2021. Bob suffered a stroke at age 75. His memory began declining in his mid 80's. For the last few years he was in assisted living at Lilly's Villa in La Jolla, before succumbing to Alzheimer's.

From the beginning, Bob lived a life full of adventures. He was born in Reading, Massachusetts on October 9, 1930 to parents Frank Gifford and Blanche Robertson. He grew up in Reading with one older brother, Frank, and one younger sister, Carolyn.

When he was 5, he caught double pneumonia and was hospitalized for six weeks and nearly died. He recuperated at home, but was sick for a very long time, and had to miss both kindergarten and first grade.  He eventually recovered and attended grade school and Reading High School.

Around age 15 Bob, or Bobby as his friends and family called him, wanted to learn how to fly. So he began picking and selling wild blueberries and raspberries, and was able to pay for his first flying lessons, and eventually got his pilot's license.

Following in his brother’s footsteps, he enlisted in the US Navy, and served in the US-Korean conflict in the1950s.

Upon his return, he went to Boston University to study aeronautical engineering. He worked the graveyard shift at the local greenhouse during the semester, and as a Cape Cod lifeguard in the summer to pay for college. Along the way he was offered a position at Columbia University, or so he thought. As it turned out, the position was actually as a pilot and meteorologist in the country of Colombia.  It wasn't until Bob accepted the job, that he had to look up where Barranquilla, Colombia was located. When that work ended, he came back to the US, and ended up in San Diego, where his family had relocated.

Shortly thereafter, he was given the opportunity to work with Wycliffe Bible Translators by flying a donated Cessna 180 airplane to South America. He loved South America and had many adventures traveling to many countries. On one of these adventures he landed in Lima Peru, where he planned to begin a hybrid petunia growing business. It was also here in Lima, Peru, where he met the love of his life, Renate Weber. After eight months it was clear that the business was not working, but the relationship was! Bob proposed to Renate, and they returned to the US to marry at the Presbyterian Church on Date Street in San Diego.  Their married life had them living both in Lima, Peru and in Los Angeles, California for the first few years, before settling in San Diego.

Bob worked for several different companies, such as North American Aviation, Solar Turbines, General Dynamics, and eventually as Chief Buyer for the County of San Diego for 13 years, but what he really enjoyed was real estate.  He would often work his day job and come home for dinner, before heading out to work on one of his fixer upper properties.

Bob lived his life to the fullest. He enjoyed traveling, flying, sailing, and meeting new people. Bob was energetic, determined, hard-working, and kind. His entrepreneurial spirit led him to start businesses from making pickle relish in Peru to exporting frozen ceviche.

Bob will be dearly missed by his loving wife of 59 years, Renate, children Julie (Gifford) Tudela and Carl Gifford, three Grandchildren, Christian, Alessandra, and Octavio Tudela, Jr., as well as Bob's Sister, Carol Roberts, and many nieces, nephews, grand nieces and grand nephews. He is preceded in death by his brother Frank Gifford.

In lieu of flowers, the family requests that you consider a donation to Alzheimer's San Diego, or Christ Lutheran Church La Mesa, California.

Share Your Memory of
Robert
Upload Your Memory View All Memories
Be the first to upload a memory!
Share A Memory
Plant a Tree