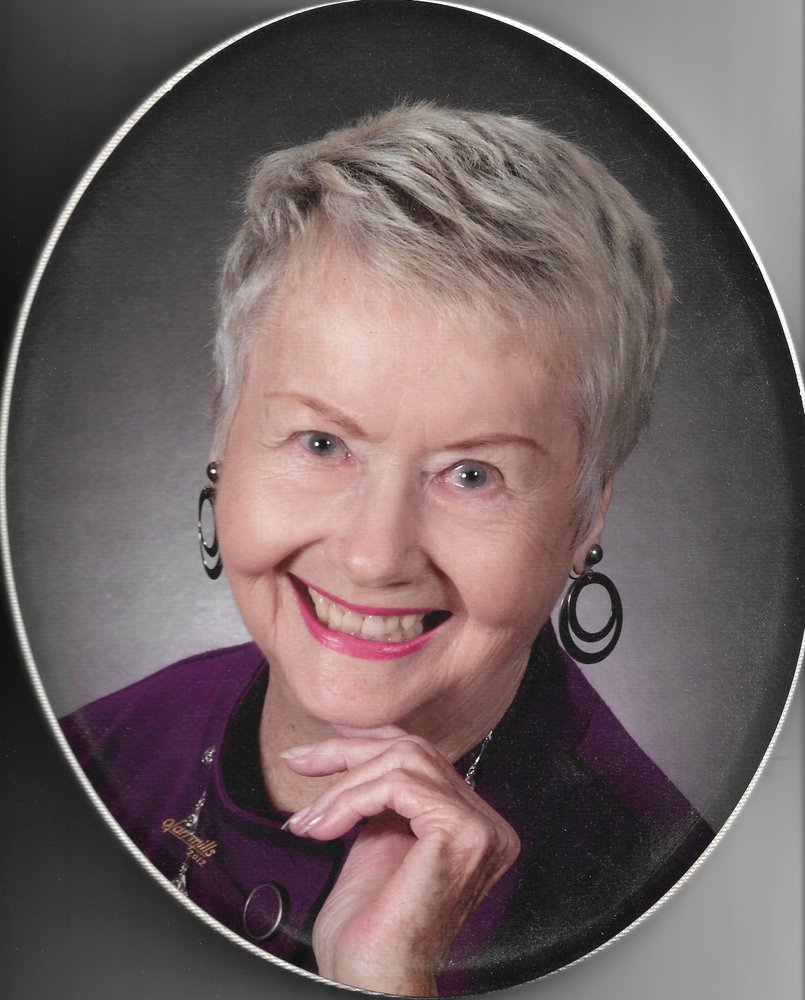 Marian Ruth Christensen Harvey was born on December 21, 1927 at Mercy Hospital in San Diego where she lived her entire life until her passing early Christmas morning.  Marian was the only child of Victor and Edna Christensen. She was raised in El Cajon where her father was the City Clerk for many years.

After graduating from Grossmont High School in 1946, Marian went on to pursue a career in modeling with jobs in New York City and San Diego. While modeling in San Diego she met her beloved husband Howard Russell Harvey (d. 2011) when modeling in Marston’s Department Store window’s where Howard was the store Designer. They married soon after on December 28, 1952 and settled in Point Loma along with the rest of the Harvey family. Marian was a devoted wife to Howard through 59 years of marriage. Soon after they were married, she loved spending time relaxing and water skiing on their boat and traveling to Estero Beach every summer.

Marian was also involved with the Silvergate Elementary PTA, and Bobbysox Softball league where she spent countless years as team mom, coach, and head scorekeeper for the league; some of the best times were had and friendships made during this time. In her later years she enjoyed working in the Hospitality Industry working for CONVIS then as a Proctor for the California Bar Exams and finishing off at USD as the head Proctor for the Collage Exams working well into her 80’s.

A family memorial service will be held Friday, April 23rd at Ft Rosecrans with a Celebration of Life following. Please contact diannerod@cox.net for more information.

To send flowers to the family or plant a tree in memory of Marian Harvey, please visit Tribute Store

Share Your Memory of
Marian
Upload Your Memory View All Memories
Be the first to upload a memory!
Share A Memory
Send Flowers
Plant a Tree