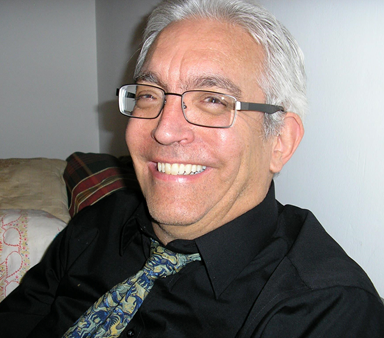 Raymond "Ray" Edward Yannaccone was born in San Diego, July 17, 1960 to Luella and Edward Yannaccone.  He thrived on "la familia" and TRADITION! Ray's proudest accomplishments were Carmela, his daughter, his beloved "B", and his sidekick nephew, Edward.

Ray had a tremendous intellect, a sharp wit, and a great over-all sense of humor - all tempered by his somewhat gloomy yet loveable nature. While it’s true that his Spirit Animal was “Eeyore,” Ray was always up for fun and games.  These times with family, friends and students were better for Ray’s company.

He was a self proclaimed card-carrying nerd, an avid reader, gamer and thespian. Which inspired Ray’s career, teaching English and Drama, sculpting young actors and nurturing many plays.  He was a "safe place" to his students, particularly those at the Coronado High School of the Arts (COSA).

Ray was a much loved and caring brother, father, uncle, friend and teacher.  He slipped away peacefully at home, February 19, 2021 surrounded by loved ones as he safely passed into Valhalla. "Play the wild rover" Ray!

Ray Yannaccone will be greatly missed and never ever ever be forgotten!

In lieu of flowers, please consider a donation in Ray’s name to the Coronado School of the Arts, his home away from home.  https://www.cosafoundation.org/donate/form/

Share Your Memory of
Raymond
Upload Your Memory View All Memories
Be the first to upload a memory!
Share A Memory