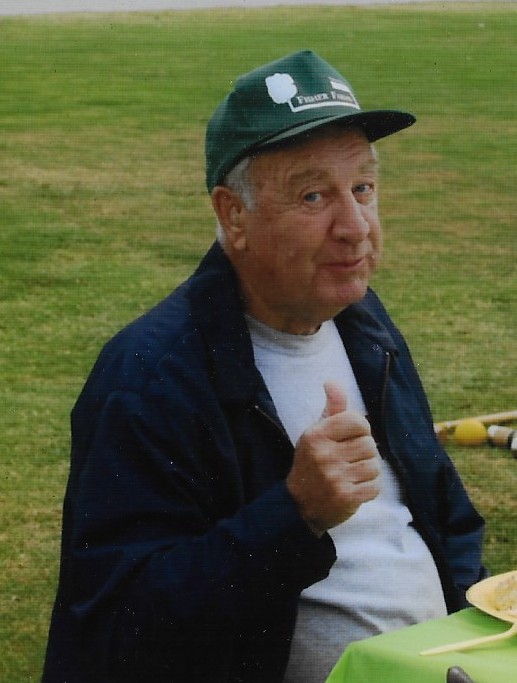 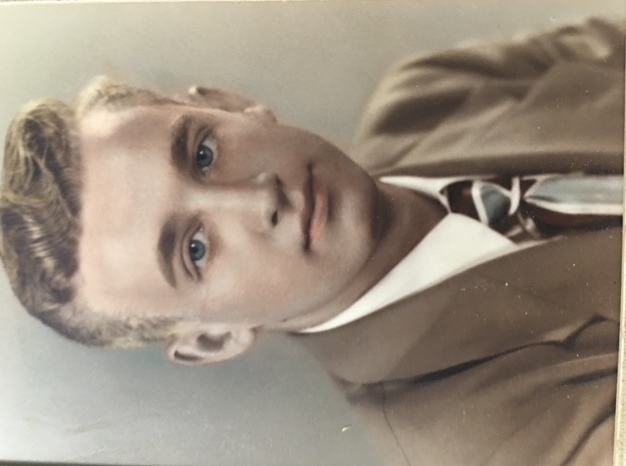 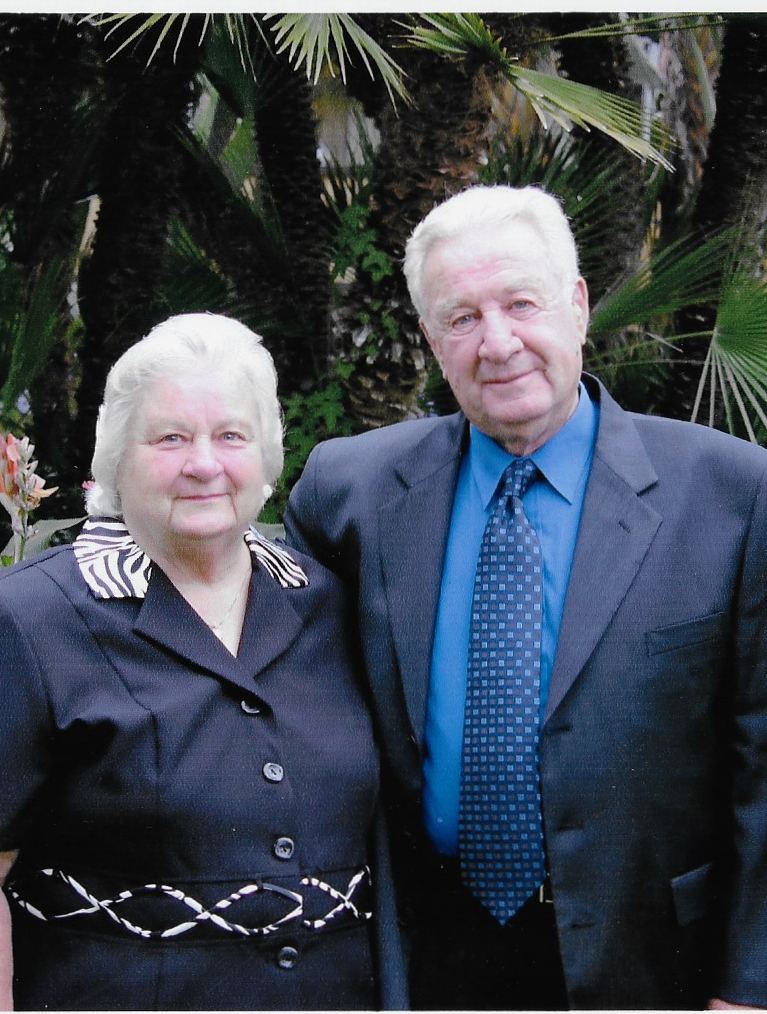 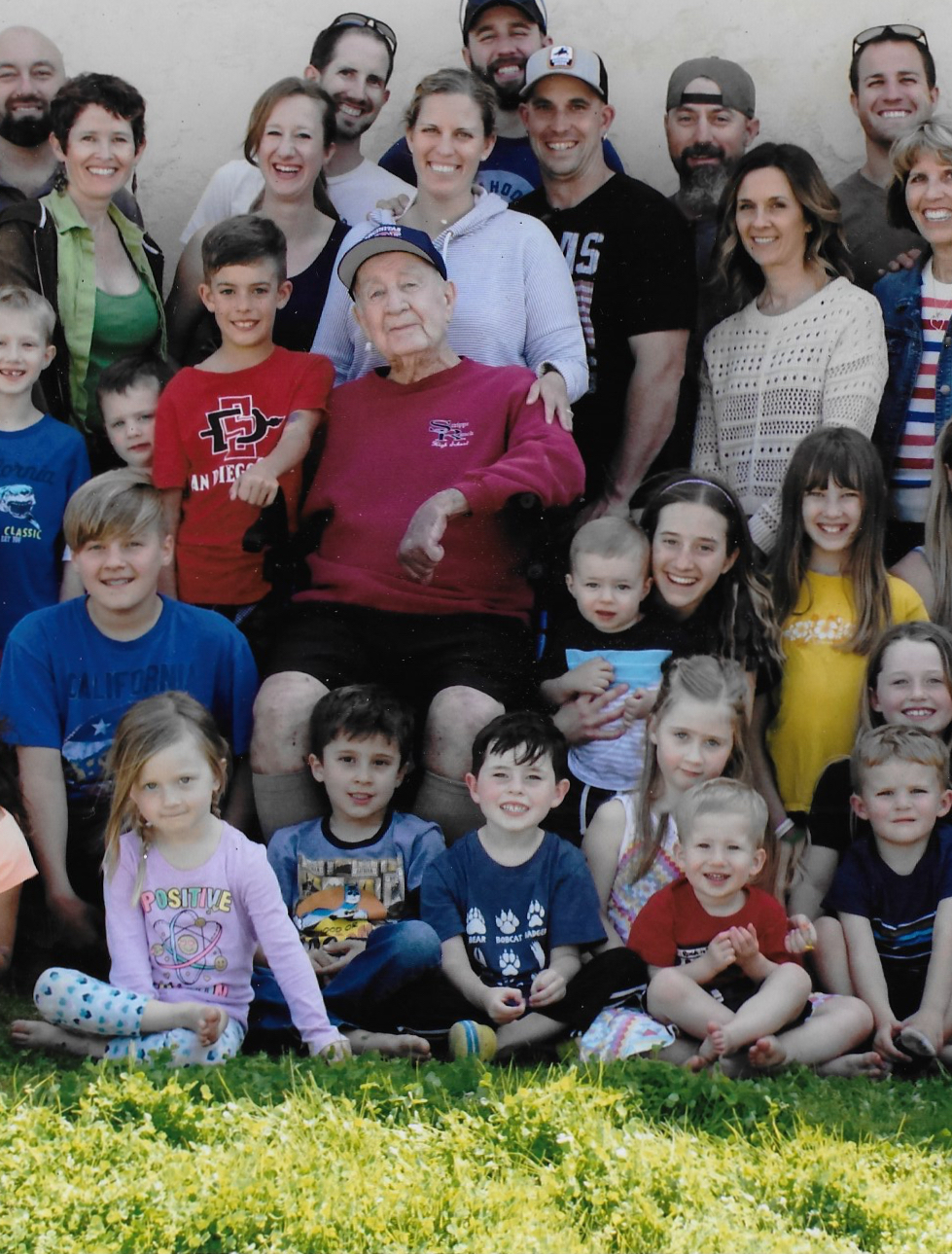 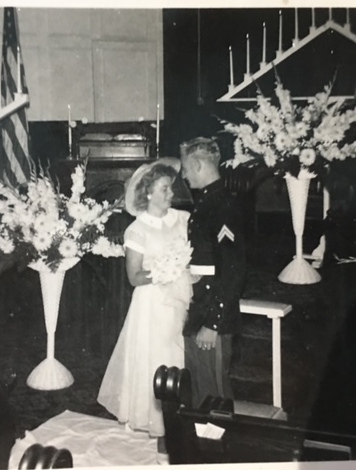 In 1948 Bud joined the Marines, he left Texas and went to San Diego for Boot Camp.  His life
guard experience placed him teaching Marines how to swim at The Plunge in Belmont Park.

One evening while walking to the First Christian Church of San Diego, he noticed a cute
brunette across the street, she too was on her way to church.  There he met Mildred
Kleinschmidt, Mickie, they married June 25th, 1950.  The next day the Korean War was
declared and one month later Bud  was in Korea working in Special Services ordering and
dispensing various moral boosters and needed items for the troops.  He returned 15 months
later, with an honorable discharge,and resumed life with his bride.

He began working for Safeway stores and then Alpha Beta Stores.  As Bud advanced in the
business there were a couple moves about the county. In 1968 he received the Del Cerro
Alpha Beta and was manager for 25 years.  The company retired the store, but Bud moved
into the Clerks Union to secure medical benefits.  He officially retired in 1989 at the age of 59.

Bud and Mickie purchased a truck and camper and hit the road for months at a time.  In 1996
Bud had a severe stroke that altered their life, he declared , “If this is what the Lord has
ordained for me, I will gratefully accept it.”  The handicap only slowed their wanderlust, they
regularly went to visit their daughters in the northwest, took trips to Shreveport to visit family
and road trips to watch grandchildren compete in college sports.  He also continued to do
yard work, house cleaning, or whatever he was able to do with one good arm. He modeled an
amazing attitude and work ethic.

In November of 2018, he lost his love of 68 years.  He clung to his faith and persevered, often
saying, “The Lord must still have a reason for me being here, He hasn’t taken me yet.”  His
family has been blessed with the wisdom he continued to council with and the prayers he
prayed for them.

“Therefore, since we have been declared righteous by faith, we have peace with God through
our Lord Jesus Christ, through whom we have also obtained access by faith into this grace in
which we stand, and we rejoice in the hope of God’s glory. Not only this, but we also rejoice in
sufferings, knowing that suffering produces endurance, and endurance, character, and
character, hope.  And hope does not disappoint, because the love of God has been poured
out in our hearts through the Holy Spirit who was given to us.”  Romans 5:1-5

On Tuesday, January 5th, peacefully, in the company of family he left this home and went to
be with the Lord, No doubt he was greeted with, “Well done, good and faithful servant.”

To send flowers to the family or plant a tree in memory of Davis Hubert, please visit Tribute Store

Share Your Memory of
Davis
Upload Your Memory View All Memories
Be the first to upload a memory!
Share A Memory
Send Flowers
Plant a Tree