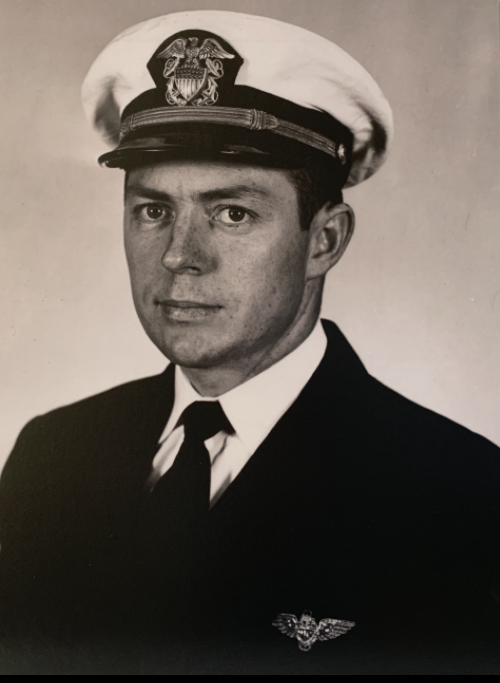 Richard Duane Christy (Dick/Dickie), 89 years of age, passed peacefully on December 19, 2020 at Oakmont of Escondido Hills, where he resided for the past 6 ½ years.  He was born to J.O. and Pearl (Claggett) Christy in 1931 in Hooker, Oklahoma, a small town located in the panhandle of Oklahoma and in the area that would become known in the Great Depression as the Dust Bowl. Richard lived in small towns in five different states in this area for the first twenty years of his life.
Eventually his father’s job with the Rock Island Railroad led his family to Dalhart, Texas, where Richard, while in junior high and high school, become an Eagle scout, played football, ran the mile on the track team, graduated from high school, and met his future wife, La Moyne Dye.   Richard’s less conventional extracurricular activities during this time included training as a jockey (until he exceeded the weight limit) and boxing his way to a trophy in the Golden Gloves District competition.
After graduating from high school in 1949, Richard took flight lessons and obtained a private pilot license, briefly attended college, and then enlisted in the Navy in January of 1951.  After boot camp in San Diego, he was stationed briefly at NAS Miramar before he transferred to the Naval Reserves to begin a Naval Aviation Cadet program in Pensacola, Florida. Richard successfully completed this program and was commissioned as an officer and designated a naval aviator in January of 1953. He eventually served almost eight years on active duty and over twelve years on active and reserve duty, including a three-year tour of duty at NAS North Island in Coronado, California.
Richard spent most of his professional life in the car business, starting as a Chevrolet salesman in Roswell, New Mexico. Following his return to the San Diego area in 1967, Richard became the general manager of a dealership in National City, California and then owner of a Volvo dealership in Riverside, California. Following his sale of that dealership, he continued to work as an independent dealer or in a general manager capacity until his retirement.
Richard loved and owned airplanes, boats, and RVs. He also was an avid golfer and fisherman. He particularly loved to go deep sea fishing, especially in Baja.  His passion for flying continued after his Navy service, and included piloting his own small plane in his younger years and meticulously building and flying radio-controlled model airplanes in his later years.
He leaves behind three children: Jeannie (Jon) Newell, Richard Christy Jr. (Silvana), and Johnny (Anga) Christy; six grandchildren:  Kyley (Johnny) Crittendon, Patrick (Jacqueline) Christy, Scott (Jackie) Newell, Valerie (Colin) Nangle, Brian (Nash) Newell, and Christopher (Lisa) Christy; six great-grandchildren; and several nieces and nephews.   Also surviving him is his sister Ramona Christy of Seguin, Texas. His granddaughter Stephanie Christy, sister JoAnn Hall, and brother Norman Christy predeceased him.
His family and friends were the beneficiary of his quick wit and sense of humor, which he readily shared with everyone he met.  His energetic personality stamped lasting and fond memories on the lives of his family and many friends.

To our Dad, Grandpa, Great Grandpa, and Friend:  Thanks for everything you did for us. We love you and miss you, and we’ll never forget you.

Remembrance ceremony and interment at Miramar National Cemetery on December 29, 2020 at 9:00 a.m. (For immediate family only due to Covid-19 concerns.)

In lieu of flowers, the family is grateful for any contribution to the Alzheimer’s Association, Alzheimer’s San Diego, or Miramar National Cemetery Support Foundation

Share Your Memory of
Dick
Upload Your Memory View All Memories
Be the first to upload a memory!
Share A Memory