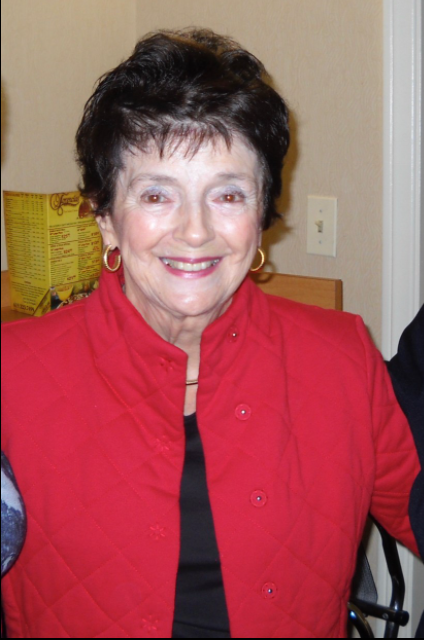 Bridget (Marguerite)  was born in Dublin Ireland on April 4, 1932 to Patrick and Mary Cusack.   She married James Henry (Harry) Walsh in 1957.  They lived in Toronto, Canada, for the first several years of their marriage and returned to Ireland.  They later emigrated to the United States and settled in San Diego, where she lived until her death on November 22, 2020.

Although she lived in San Diego, she frequently visited the Bay Area, spending time with her daughter (Judith), son-in-law (Stephen Cassidy), and her four adoring grandchildren, Conor, Aisling, Brendan and Claire.  She was a beloved member of her Bay Area extended family and community as well.

Marguerite lived a life of prayer.  For years she attended daily Mass and always had a set of rosary beads in her hands.  In later years, she would spend hours in “the prayer chair,” praying constantly for her family, her friends, our nation and our world.

She was predeceased by her parents, her brother, Tony and her husband, Harry. She is survived by her daughter, her son-in-law and her four beloved grandchildren.

We will always remember her wonderful hospitality, plum pudding, her sage advice and Disney Cruises.  Most importantly, we remain inspired by her unwavering faith.   “God willing” we all be lucky enough to see her in heaven.

Should you wish to honor her memory, you may donate to the Carmelite Monastery of San Diego, St. Jude’s Research Hospital for Children or Smile Train.   A private interment will occur later this month and a Memorial Mass will be held when we can all gather together.

Share Your Memory of
Bridget
Upload Your Memory View All Memories
Be the first to upload a memory!
Share A Memory