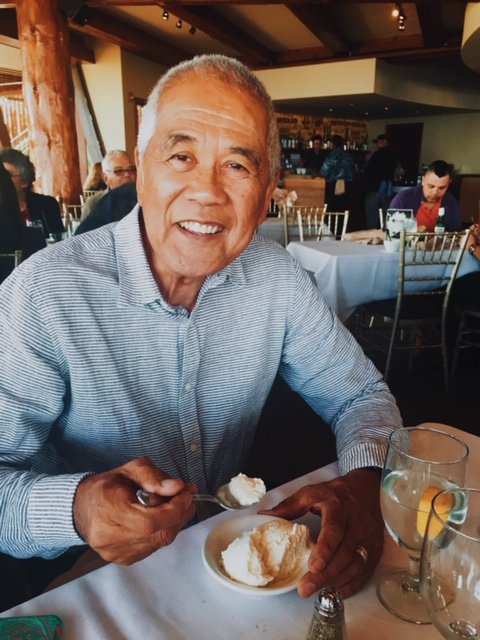 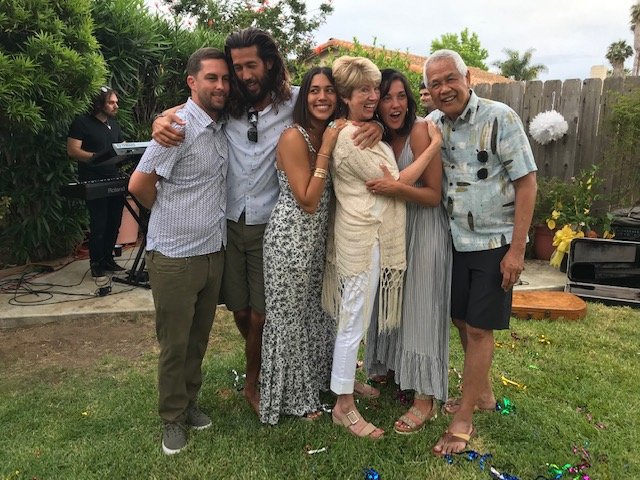 Conrad was born on June 10, 1946 in Manila in the Philippine Islands, the second of 4 children (two sisters and one brother) of Severo and Araceli Martinez.

Conrad’s father served in the U.S. Navy and, at the age of 14, his family moved to San Diego. His family was then transferred to Alameda where he attended his sophomore and junior years at Alameda High School. At the beginning of his senior year, as he hoped to double letter in baseball and basketball, his family was again transferred back to San Diego where he completed his senior year at Lincoln High School. Like many young men in the late 1960s, he signed up for military service, and chose the Air Force.

All sports came easily to Conrad, and in his free time he loved to join various teams, referee, and compete in tournaments of baseball, basketball, and indoor and beach volleyball. He also enjoyed playing pick-up games at Muni Gym and even played with Tony Gwynn and Bill Walton in the early 1970s.

In 1979 he married Barbara and, as he would sometimes say, his sporting days were done. He committed himself to his marriage and raising a family. Conrad and Barbara had 3 wonderful children; Natalie (Cameron) Braselton, Shawn, and Summer Martinez. He would say the greatest days of his life were those of his wedding and the birth of his children.

He felt it was an important life skill that all 3 children were exposed to various sports. He almost never missed a practice or a game and was always their greatest fan. As they grew, he coached them on the finer points of all sports.

Taking after his mother’s real skill in the kitchen, Conrad became a food aficionado and loved to learn about and sample all kinds of foods, as well as cook.

Conrad and his family had many opportunities to travel. A family trip in 2012 took them to Rome on Christmas Eve and Paris on New Years’ Eve. They also enjoyed trips to Hawaii, London, Ireland, Amsterdam and Scotland.

Natalie was married in 2019 and a first grandchild (Emma Grace) was born in September 2020, in whom he delighted.

His positive nature never waned and he competed with cancer until he could compete no more.

Conrad is survived by:

his children: Natalie, Shawn and Summer

his sisters Connie and Teresita

his many nieces and nephews

Those who knew Conrad will remember him as a kind, gentle, loving and generous man who loved his life and loved being with his family and friends.

And flights of angels sing thee to thy rest.”

To send flowers to the family or plant a tree in memory of Conrad Martinez, please visit Tribute Store

Share Your Memory of
Conrad
Upload Your Memory View All Memories
Be the first to upload a memory!
Share A Memory
Send Flowers
Plant a Tree