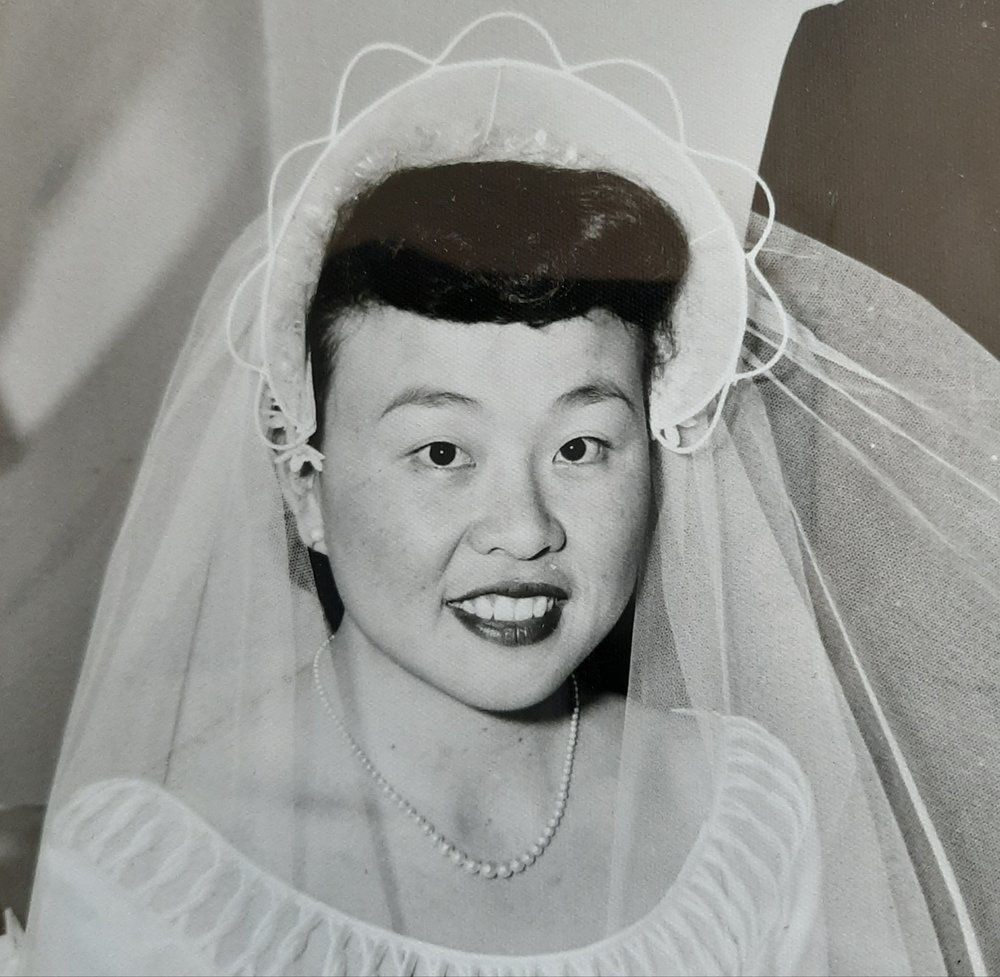 On Saturday, the 14th of November, Kiyo Uda, also known fondly as “Parker” or “Hop Along”, passed away peacefully at her home with her family.

Kiyo was born to Motosuke and Namie Tsuida, in San Diego, CA on May 13, 1925. The tuna industry was booming in San Diego during this time, and her father had worked his way to be a captain of his own tuna boat. They made their home in small fishing community located on the shores of San Diego Harbor. She and her friends loved to go swimming in the harbor, and diving off of the piers and boats. At the onset of WWII, all Japanese American citizens were removed from their homes under martial law. Kiyo’s family  were first detained temporarily at the Santa Anita horse track, and after several months, were transferred to an internment camp in Poston Arizona. The last year of the war, citizens were allowed to leave the camp, but were only allowed to go to eastern cities. Kiyo first moved to Minnesota with her cousin Toshiko. She soon left for Chicago, and roomed with her sister in law, Grace Tsuida. They quickly found jobs in the greeting card business and found ways to have fun in the city.

After the war, Kiyo was able to find her way back to San Diego where she met Tom Uda. They were married on November 11, 1950 where they had four children – Loren, Ryan, Jon, and Kevin.

To help with family expenses, Kiyo obtained a job at the tuna cannery to help support the family. She was always eager to take extra overtime hours, while still maintaining the household.

Throughout her life, Kiyo was able to find humor and happiness. She had a lifelong love of all things, but especially loved dogs, children and chocolate !  She will be sorely missed by all who knew her.

To send flowers to the family or plant a tree in memory of Kiyo Uda, please visit Tribute Store

Share Your Memory of
Kiyo
Upload Your Memory View All Memories
Be the first to upload a memory!
Share A Memory
Send Flowers
Plant a Tree