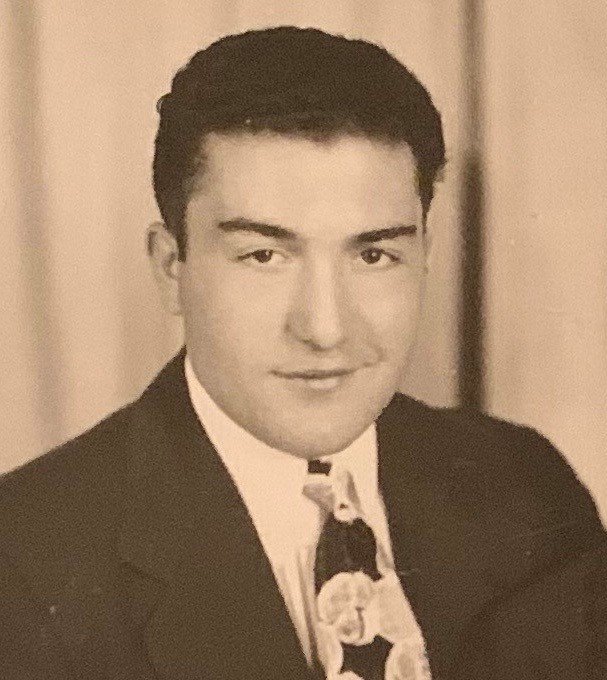 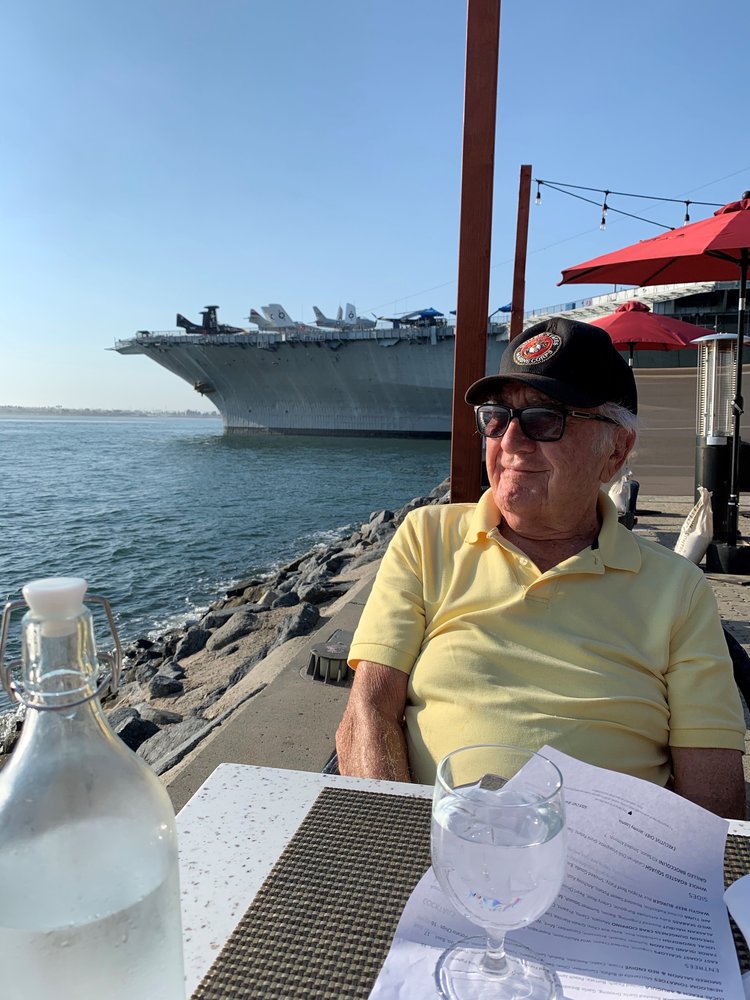 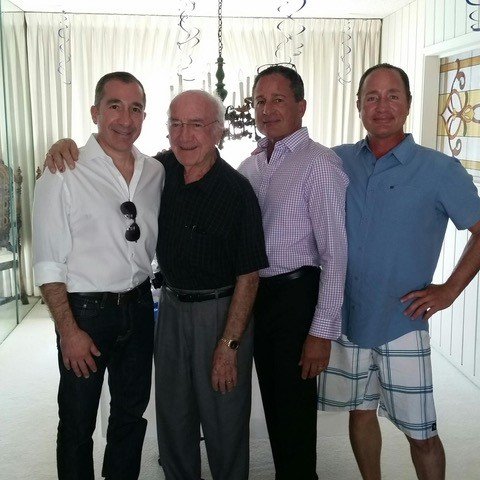 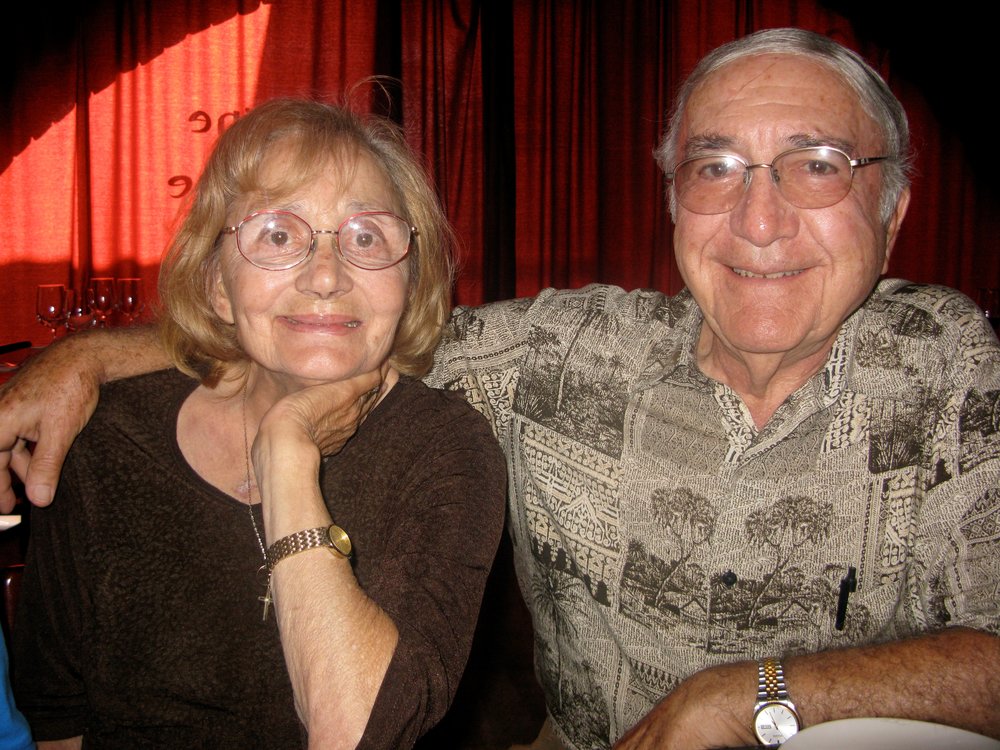 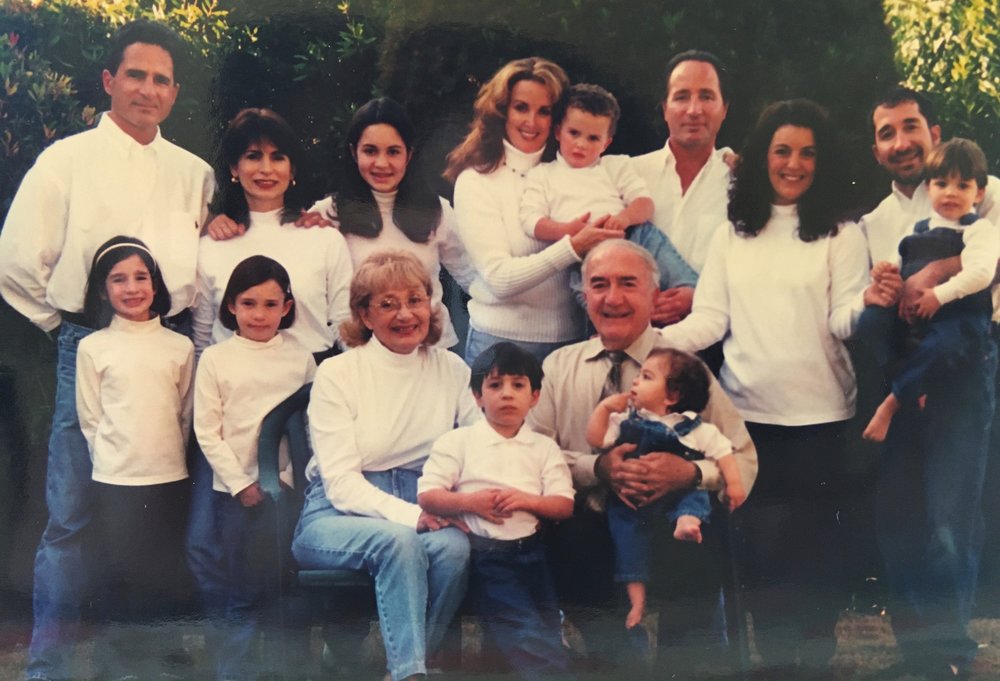 Our dad A.L. was born April 19th,1928 in Tacoma, WA to Greek immigrants Maria and Lascos Sarantinos.  With the beautiful Puget Sound and Mt Rainier as his backdrop, A.L. thrived in his youth.  He graduated from Stadium HS in ’46, then went on to pursue a degree in Chemistry from the College of the Puget Sound (UPS) earning his B.S. in ’51.  He was drafted during the Korean war and proudly served as a US Marine performing duties as a meteorologist at Air Station El Toro between ’51-53.  It was during this time that A.L., through association with the Long Beach Greek Orthodox church, had the good fortune of meeting his beautiful future wife, Angela Cocallas.  They married in ’53 and resided in Long Beach while A.L worked as a chemist for Richfield Oil from ’53-60.  Having the desire to go into healthcare, A.L. began working the nightshift so that he could attend optometry school during the day.  He graduated from the LA College of Optometry in ’59.  Fulfilling a dream, A.L. and Angela moved back to Tacoma to open an optometric practice.  Between ’56-62, the young couple had three children, all boys- Les, James, and George.  While the Pacific Northwest was beautiful, the call of Southern CA sunshine and Angela’s family beckoned, so they returned to SoCal and A.L. setup a successful optometric practice in San Diego.  A.L. enjoyed working with his many loyal patients and retired after 45 years.

Our dad was a smart, loving, gracious man who was cherished by his family and many friends.  He excelled in the sciences, but also studied and appreciated the classics.  He was a musician performing in the bugle core as a youth, and enjoyed listening to tunes ranging from Sinatra to Simon and Garfunkel.  A.L. enjoyed all sports, but it was skiing that really sparked his fire.  Our family trips to Mammoth Mountain, were certainly amongst his favorite memories.  Dad skied well into his 70’s.  A.L had love for America, knowing that it blessed him and his family with great freedom and opportunity.  He was a proud Marine, and always had a Semper Fi sticker on the window of his many Cadillacs.  A.L never forgot his heritage, loving Greece and its historical contributions to mankind.  A testament to this was his 50-year membership in the American Hellenic Educational Progressive Association (AHEPA).  Dad had great belief in the Greek Orthodox faith, and was a good steward to both St Spyridon and St Gregory of Nyssa parishes.  With a strong moral compass, knowing right from wrong, he was never judgmental and was always welcoming to everyone.  He was ever-present, and with love, created a strong foundation for the generations that follow him.  His love for his grandchildren was only exceeded by his love for his late wife, Angela, whom he adored and honored for 65 years.  For us, his sons, Dad’s crowning example as a role model was watching him care for our mom, Angela, through her journey with dementia during the last 10 years of her life.

A.L. is preceded in death by his wife Angela and sister Katheren Armatas.  He is survived by his three sons Les (Christine), James (Patty), and George (Athena), and his loving grandchildren, Alexis, Eleni, Nikki, Devin, George, Evangelos, and Luke.  Many thanks go to Dad’s caregivers over the last 2 years (Edgar, Henry, and Bong).

In light of Covid restrictions, a private Trisagion service will be held Friday, September 4th.   Donations can be made in honor of A.L. to St Gregory of Nyssa (El Cajon) and St Spyridon (San Diego) Greek Orthodox churches.

To send flowers to the family or plant a tree in memory of Angelos Sarantinos, please visit Tribute Store

Share Your Memory of
Angelos
Upload Your Memory View All Memories
Be the first to upload a memory!
Share A Memory
Send Flowers
Plant a Tree