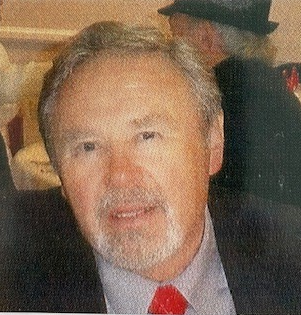 After a long courageous  battle with prostate cancer, his life's journey ended surrounded by loved ones.

Born at home, in the mountains of North Carolina,  He grew up  in the vast beauty of green mountains and had a great appreciation for nature.  He was lovingly known as 'Hawkins" by his friends and family.

After an honorable discharge from the United States Air Force in 1965  he traveled to the west coast  and became a California Resident.

He was very involved in commercial construction business which took him to many surrounding cities and states as an estimator . He worked  for a plaster and dry wall company prior to forming      his own Dry Wall business; HLC.   He and his business partners were also involved  in numerous endeavors  including real estate and a scaffolding company.

He enjoyed traveling, ,especially camping with  a beloved group of campers; the Caraventures.  He was also known for his humor and delightful story telling abilities. Some of his favorite topics included growing up in the mountains and "Coon" hunting.  His family and friends will surely miss those moments .

Preceded in death by his son, Todd.

A private ceremony will be held at Miramar National Cemetery on August, 24th,2020 at 2:30.