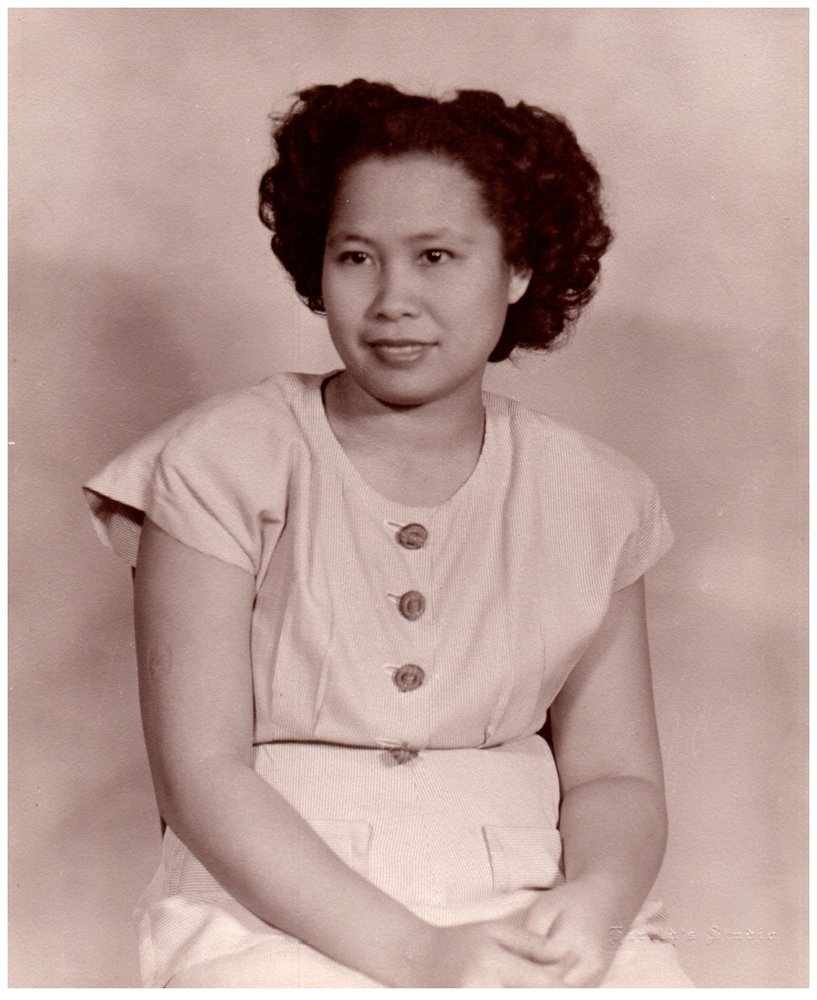 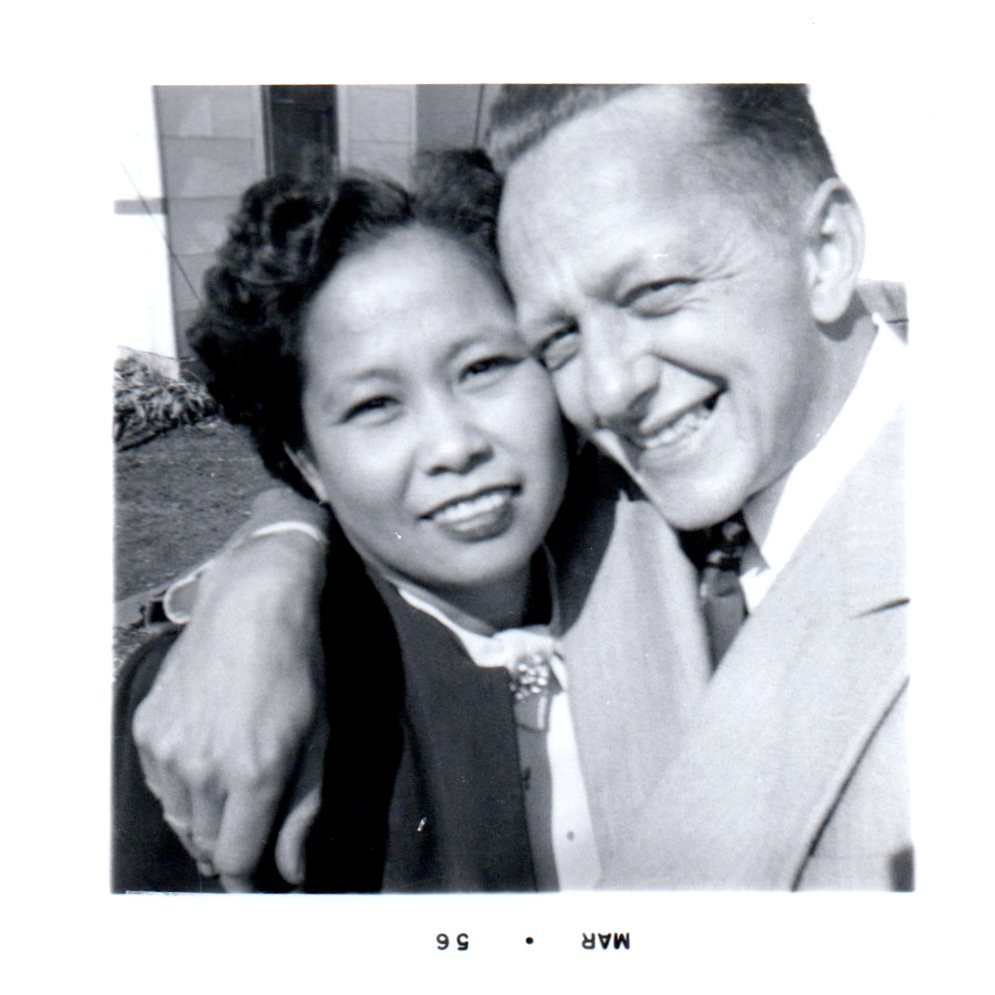 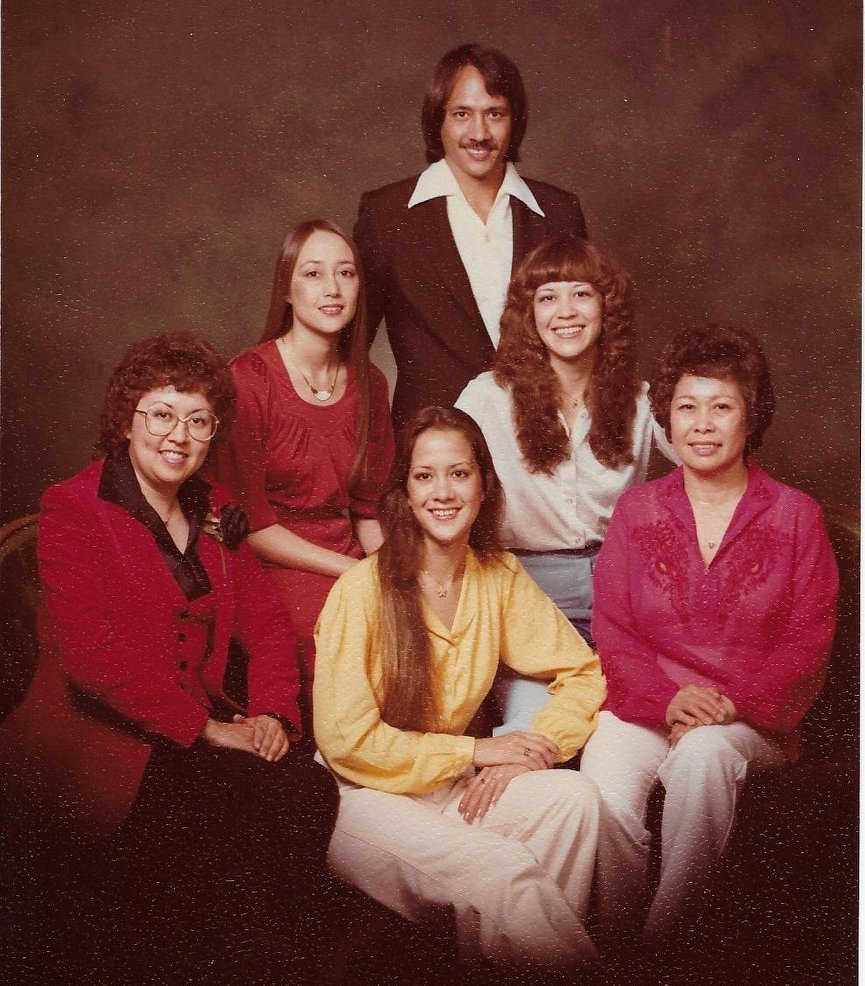 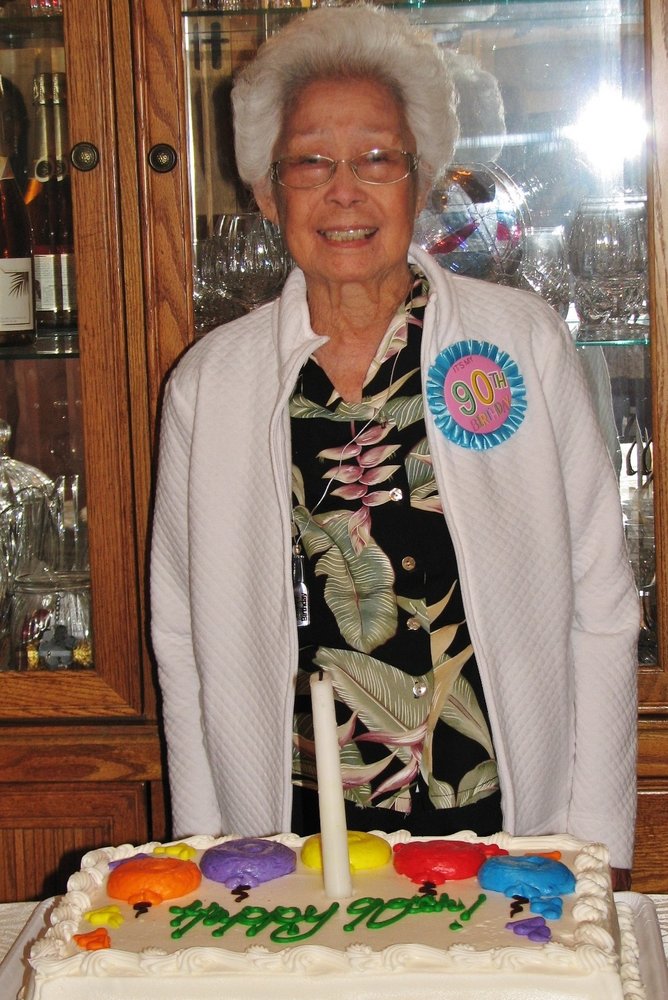 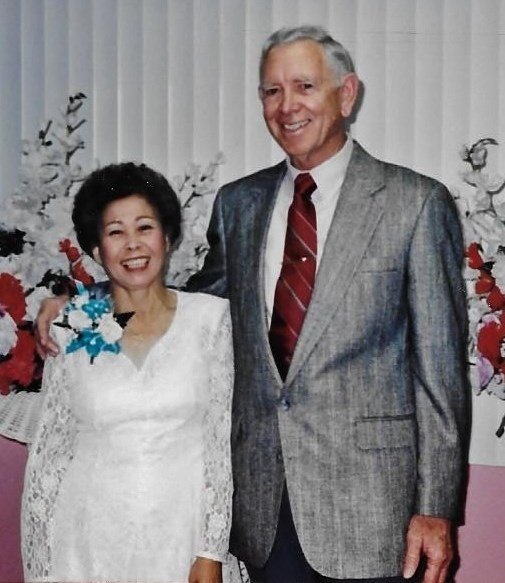 Juana “Naning” Aquino was born to Mamerto and Maria (Valerio) Aquino on June 24, 1927 in San Carlos City, Pangasinan, Philippines. She was the youngest of 11 children.

When the American troops came to her small town during World War II, she was courted by a young U.S. Army soldier, Richard “Dick” Johnson, who was working at the railroad station right across the tracks from her home. Juana and Dick were married in 1945, and their first daughter was born in the following year while still in the Philippines. After Dick’s return to the U.S., Juana and their infant daughter were able to join him in August of 1947. They first lived in Florence, KS, and later in Canton, KS, where Dick worked as a depot agent for Santa Fe Railway, during which time they added four more children to their family. Sadly, in 1973, Juana and Dick divorced while living in Larned, KS. Subsequently, Juana and her youngest daughter moved to San Diego, CA to be near Filipino relatives and friends who had also immigrated to the U.S.

In San Diego, Juana worked in the food service department for The May Company for several years, and later as a hostess and cashier for Furr’s Cafeteria, where she met her second husband, Paul Hackfield. He had recently been widowed and ate most of his meals at Furr’s. A conversation led to a cup of coffee, to a lunch, to a dinner date…and to their marriage on February 11, 1993. Juana and Paul enjoyed their retirement years living in La Mesa, CA, traveling as often as they could. While at home, they enjoyed participating in senior activities at the La Mesa Adult Enrichment Center (AEC), walking at Lake Murray (located in Mission Trails Regional Park), going to local casinos, and spending time with family and friends. After 12 years together, Paul passed away in 2005.

Juana continued a happy and healthy lifestyle for many years after Paul’s passing. She enjoyed participating in aerobics at the AEC, and continued with her walking group at Lake Murray. According to her, she celebrated her “best birthday ever” when she turned 90, spending the day at Viejas Casino and the evening with all of her children, grandchildren, and great-grandchildren.

In November of 2017, Juana suffered a debilitating stroke which required her to move into Stanford Court Nursing Center, a skilled nursing facility in Santee, CA. She fought valiantly since that time to gain strength and recover. She actually “graduated” from hospice care once in 2018! However, after 2 years and 8 months, Juana gave up her fight and passed away peacefully in her sleep on July 30, 2020, at the age of 93.

Juana is survived by her five children: Shirley Fein, Ellen Hayes (Larry), Ken Johnson (Debbie), Ruth French (George), and Laura Gall; four grandchildren: Stephanie Liebforth (Christopher), Shannon Torres (Omar), Angela Murillo (Stephen), and Melissa Maull (Patrick); and ten great-grandchildren. She is also survived by one sister, Adela Aquino Manzon, in the Philippines…and many, many cousins, nieces and nephews in both the Philippines and the United States.

Juana has joined Paul once again, and she will be interred with him at Ft. Rosecrans National Cemetery. Due to the COVID-19 pandemic, memorial services will be postponed until a time when family members can travel safely. For memorial contributions, the family suggests Mission Trails Regional Park Foundation at https://mtrp.org/mission-trails-regional-park-foundation/, which helps maintain the trails and walkways where Juana loved to walk!

To send flowers to the family or plant a tree in memory of Juana Hackfield, please visit Tribute Store

Share Your Memory of
Juana
Upload Your Memory View All Memories
Be the first to upload a memory!
Share A Memory
Send Flowers
Plant a Tree