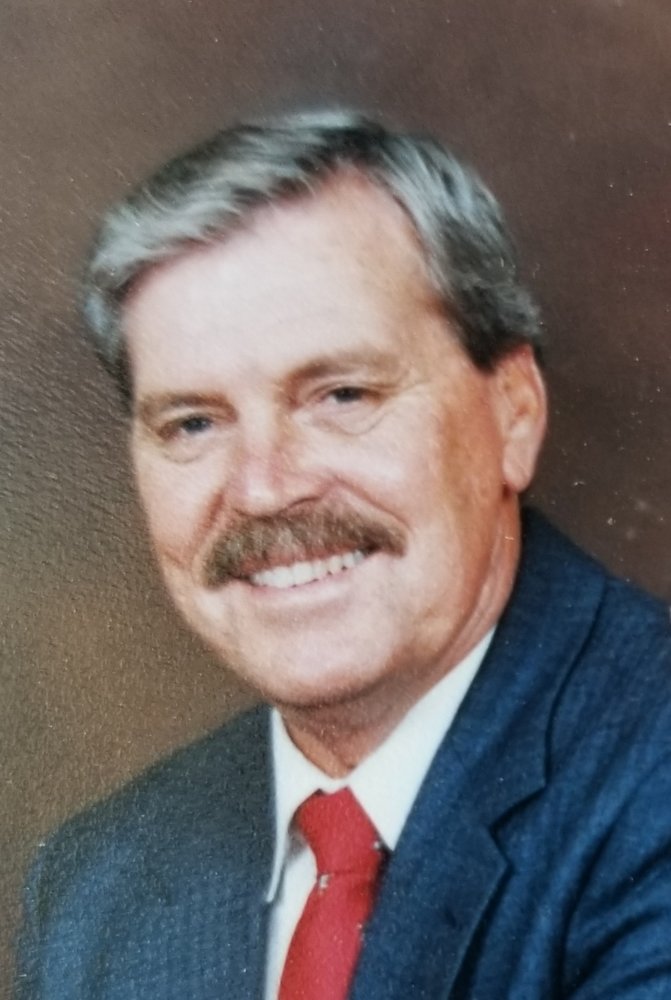 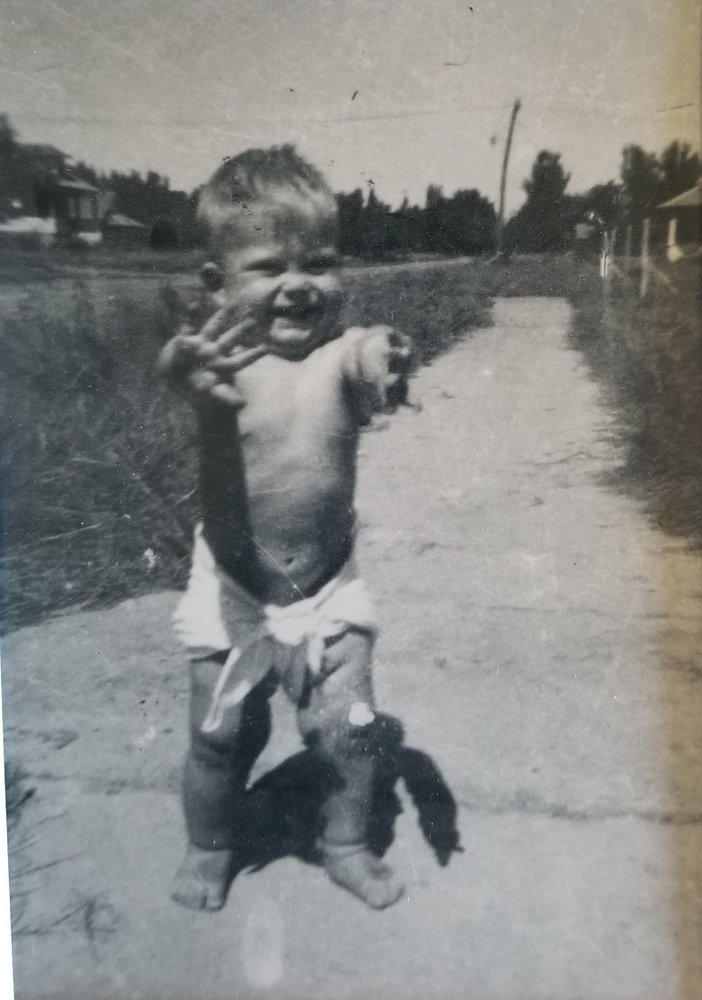 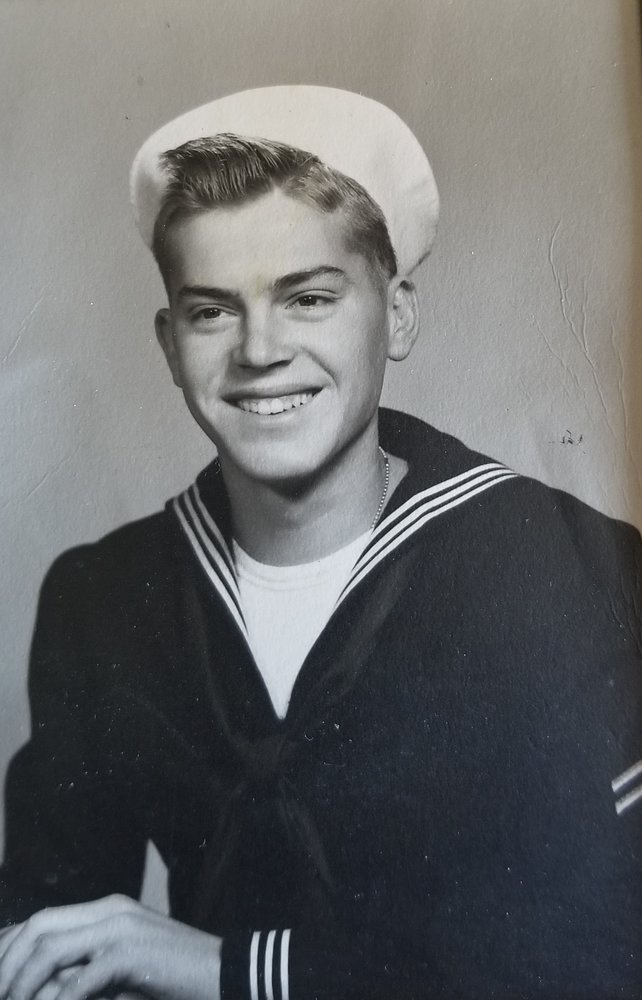 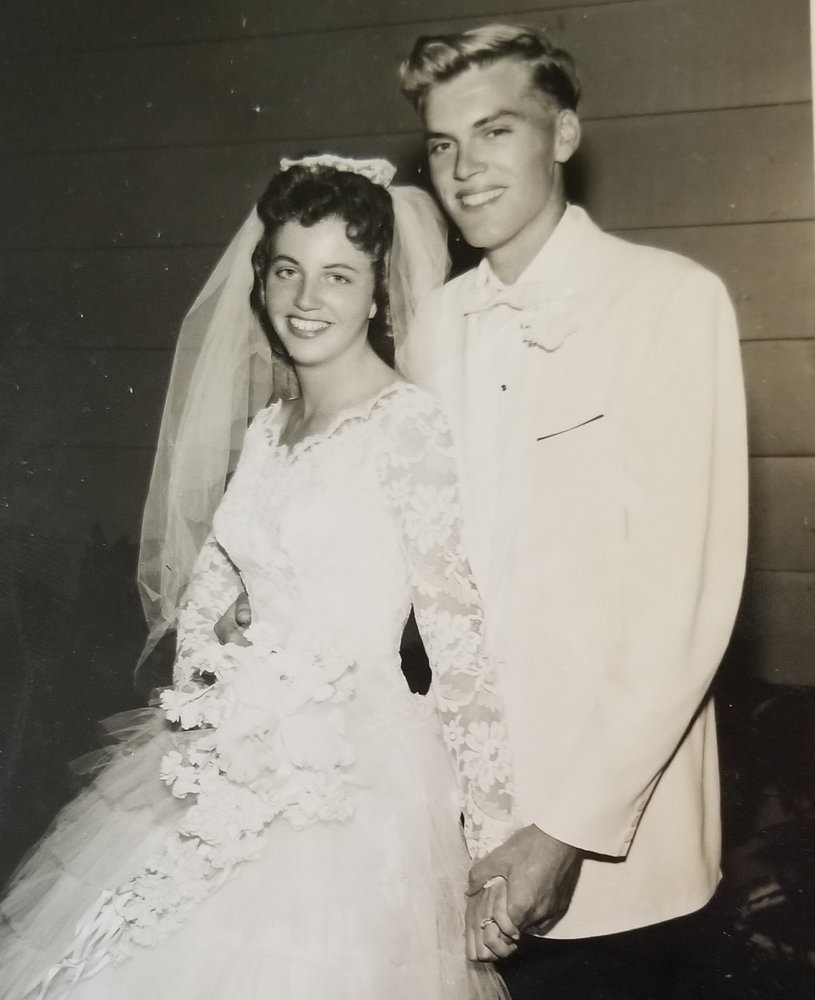 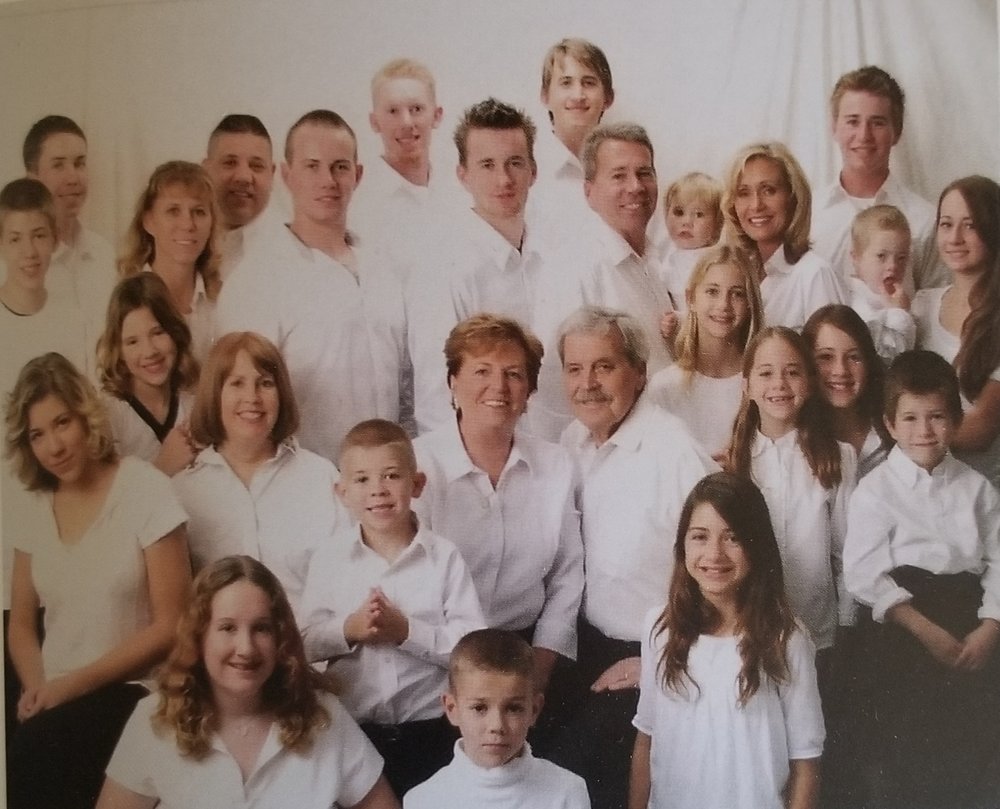 A man much loved…my husband of 62 years, father of three, grandfather of 20 and great-grandfather of five. I am saddened to say that Bob passed away March 1st.  A celebration of his life service is not possible due to Corona Virus-19 and the closure of our church.

Born the fourth child of Archie and Georgia Alm in Bridgeport, Nebraska, Bob was a lively and curious little boy. At the age of five and playing in a vacant lot near home with little brother, Don, a small fire was started. Bob’s attempts to extinguish it caused severe burns to his right leg. When amputation was advised, Mom declined. He healed, ran track in school, earning top honors, and enjoyed other sports throughout his life. Another tragedy befell the family about this time. His father died of a heart disease that would years later claim the lives of Bob and two of his brothers.

While attending Natrona County High School in Casper, Wyoming, he held part-time jobs in the oil fields near town. Upon graduating, Bob joined the U. S. Navy, beginning his service to our country during the Korean War. He met me, Donna Reynolds, while based at U. S. Naval Base/Ream Field.

We married in San Diego August 24, 1957, and happily made Casper home for many years. Our first child, Cindy, was born there. We had great families we loved both in Casper and San Diego, making the decision of where to settle permanently difficult. We lived in both twice, finally settling in San Diego, where Bob Jr and Sheri rounded out the family. There were lots of visits to Casper.

Bob spent 50+ years doing work he loved, driving big rigs across and around our country, gaining “Driver of the Year” and other honors. We enjoyed San Diego Padres baseball games, both SDSU Aztecs and San Diego Chargers football games, and even a few University of Wyoming Cowboys games. His favorite pastimes included reading, golfing, fishing, waterskiing and bowling. But above everything, our lives centered around our children and the families in both cities and elsewhere.

When the first grandchild was born, we planned a family trip to show him off to the Casper folks. The first motor home trip allowed us to travel together in the same vehicle. Visiting Casper over the years since as a family and traveling with our growing families was fun and entertaining. Being involved in the lives of this large family topped the charts, overshadowing any difficulties in life. We lost our beautiful Cindy due to a brain tumor in 2013, a devastating loss. Following retirement, we sold our home in La Mesa, bought the big RV, and just the two of us spent the next six years traveling the USA, gaining new understanding of the people, history and land we loved, as well as each other.

There were other travels as well with my brother Bill and Sally Reynolds, my sister Pat and Bernie Cole, Sally’s sister Susie and Jerry Lindsey and good friends Jack and Joann Winthrop to Hawaii and several states, plus cruises and even a few RV trips. They were great comfort for both of us during Bob’s illness and continue to be for me.

Ten-month old grandson Jason Slack was the first to travel with us. He and wife, Jackie, were the last. Their memories of that trip give a special insight into the life of this man that his whole family shares:

“We grandchildren have so many great memories of our Papa. A favorite for us, Jason and Jackie, is our motorhome trip in the summer of 2015. We drove with Papa and Grandma from San Diego to Casper. Papa’s eyesight had diminished to the point that he could no longer drive. He gave me, Jason, a crash course in the operation of an RV.  I drove while Papa supervised and explained the ropes of traveling via motorhome. Along the way, Papa told stories of his life on the road. We talked about his trucking career and the places he had been, and where all the good truck stops were. We stopped at several of them, of course.

Somewhere along I-15 in Utah, a large strip along the RV roofline broke loose due to heavy wind and driving rain. If it broke off, it would become a driving hazard for others. As traffic rushed by, Jackie and I climbed onto the roof with duct tape; she held onto my legs as I reached over and applied the tape. Not our favorite highlight, but a memorable one! We spent that night and the Fourth of July in Yellowstone National Park. Papa and Grandma shared stories of previous stops there as we toured the park, then watched the fireworks from the top of the RV.

We arrived in Casper and was welcomed by lots of Alms, Johnsons, etc. It was a reunion especially for Papa. For us, getting to know his family was a treat, as was the delicious BBQ picnic they provided. The four of us toured the city, hearing stories of Papa’s life growing up there. He lit up when being in Casper. The roots he laid down there before Grandma were very apparent. Some favorite moments were the stories he shared while visiting his high school, the hospital where Cindy was born, the house Papa and Grandma lived in as newlyweds, and especially his family.

A moment never to be forgotten happened when he surprised his brother with a visit. It took a couple moments for Archie to realize who his visitor was. There followed great bear hugs and tears by both men. The special bond between them was undeniable and beyond words. It was a touching and memorable moment. The remainder of that day, Papa was talkative in a way we had never seen.

Then there was Papa’s love for Grandma. What a timeless love that is the testament of support, selflessness and happiness in a marriage. They have left all of us with an understanding of the joy within a loving family.

Over the years, he was not the person to outspokenly speak his mind. But when sharing his opinion or knowledge, it had heart and was highly respected. He loved all of us grandchildren, made each of us feel special, and left us with the gift of many wonderful memories.

May he guide us from Heaven until we are greeted by him one day!”

To send flowers to the family or plant a tree in memory of Robert Alm, please visit Tribute Store

Share Your Memory of
Robert
Upload Your Memory View All Memories
Be the first to upload a memory!
Share A Memory
Send Flowers
Plant a Tree