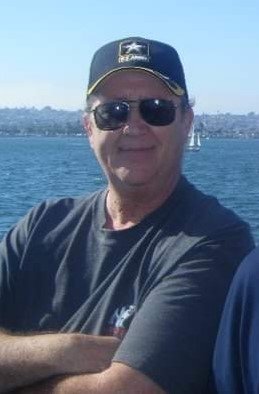 Billy Ray Gribble, son of the late Robert William and Viola Mae (Fowler)Gribble, was born October 1, 1951 in Coldwater, Kansas. The Gribble family moved to Woodward, Oklahoma in 1956 where he attended school. He graduated Woodward High School in 1970 and then later attended some college at Northwestern Oklahoma State University in Alva. In December of 1971 he joined the United States Army where he went on to serve as a medic. Bill married LaVonna Faye Trekell in July of 1973 in Alva, Oklahoma. In January of 1981 Bill and LaVonna respectfully went their separate ways. He was later stationed by the US Army in San Diego, California until he retired in December of 1991. He continued his service to the country by working for the civil service for 20 years until he retired.

Besides his parents, he was preceded in death by his sister Shirley Snider, his brother Link Gribble, and his niece Tammy Walser.

To send flowers to the family or plant a tree in memory of Billy Gribble, please visit Tribute Store

Share Your Memory of
Billy
Upload Your Memory View All Memories
Be the first to upload a memory!
Share A Memory
Send Flowers
Plant a Tree