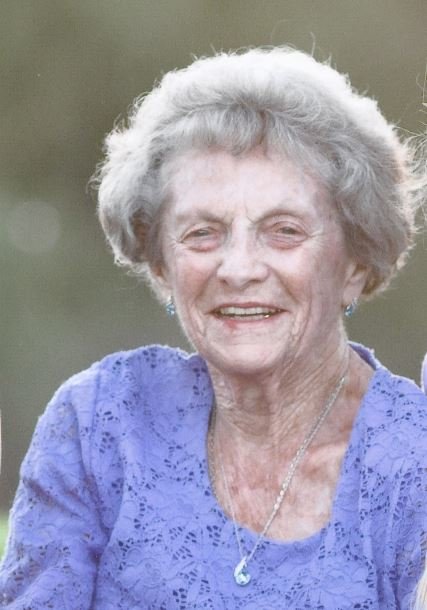 Elaine Lois Hoard was born October 7, 1928 to Ross and Eva Hoard in Alcester, South Dakota. She was the third of four children. She graduated from the McKennan Hospital nursing school in 1949. As an RN, she worked in multiple hospitals, including polio wards in Texas, before marrying John B. “Jack” McCart in 1951. They raised five children together. During those early years, she worked part time as an RN. With her husband's strong encouragement, she returned to school when their youngest child started kindergarten. After completing her bachelor's degree, she worked as a nursing instructor at Sioux Valley Hospital (now Sanford Hospital), and completed her Master's degree.

Elaine and Jack also volunteered for various political candidates over the years. Elaine was a South Dakota state Senator from 1975-1976. During that time, she voted against a state income tax, despite being instructed by her party to vote for it. She reasoned that since the voters of her county had clearly and overwhelmingly communicated that they did not want a state income tax, as their elected representative, she was required to vote as they had instructed.

Elaine lived her values and passed them down to her children and grandchildren. She taught them the value of hard work, of always loving your family, and doing what you know is right no matter how difficult it may be. She will be deeply missed.

To send flowers to the family or plant a tree in memory of Elaine McCart, please visit Tribute Store

Share Your Memory of
Elaine
Upload Your Memory View All Memories
Be the first to upload a memory!
Share A Memory
Send Flowers
Plant a Tree