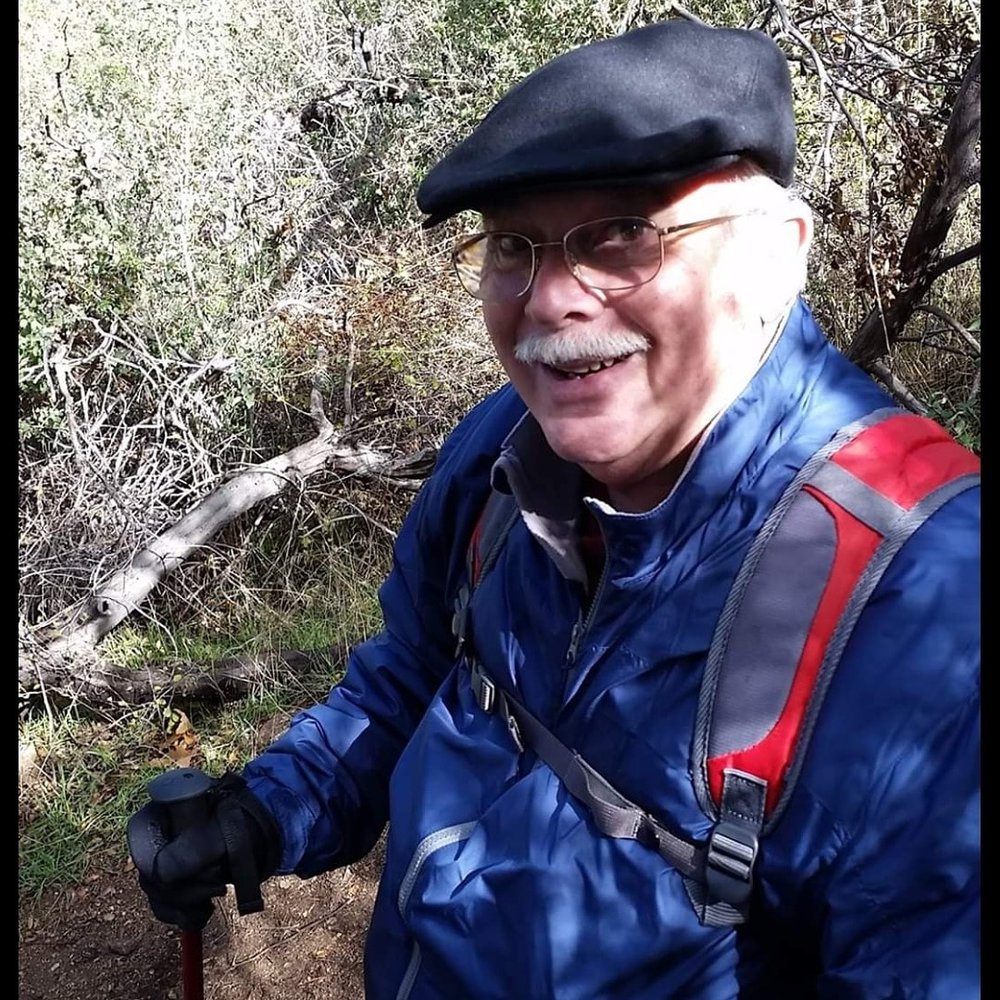 Denis Michael Doerr (and yes, it was Dennis with only one "N", our mother was being creative) came into the world on July 24,1947, the second child to Robert and Eleanor Doerr. He was quite the content little guy, happily playing under the crib to stay a safe distance from his slightly (?) rambunctious older brother. When his younger sister came along, he would peer into the crib, and go "yep, there she is", and go on his merry way, having performed his newly acquired big brother duties.

He grew to love music, and sports and participated in both band and football during his school years. His instrument of choice was the clarinet, but he could sit down at the piano and play practically any song just by ear - a favorite being Rhapsody in Blue.

Michael also had a phenomenal recall of statistical facts on just about any given subject. We were kept well-informed (whether or not we wanted to be) on anything ranging from the civil war to the percentage of completed passes on any given quarterback had - at any time- during any NFL season.

His career spanned the Air Force, banking, and teaching, which took him and Jill to Greece, Washington, Arizona, and Pasadena, CA, finally settling back home in the San Diego area. He acquired both a bachelor’s and master’s degree.

But career was not his main calling in life….it was his family. He and Jill had just recently celebrated their 49th wedding anniversary. They raised 3 kids, Ryan, Jeni and Bonnie, and they were blessed with 6 grandkids. His kids and grandkids were the light of his life. There was many a fun family meal at their house and he eagerly shared his cooking skills with them. He was a BBQ master and pancake chef extraordinaire, an avid hiker and a good shopper!

Michael will be remembered as a great brother, a loving father and grandfather and a very special husband.

They say, when someone you love becomes a memory, that memory becomes a treasure. So, Michael, thank you for all the treasures you have left us. I’m sure St. Peter is now much more informed on many subjects he did not even know existed- as he welcomed you Home with open, loving arms. This isn’t good-bye, Michael…it’s ‘til we meet again….

To send flowers to the family or plant a tree in memory of Denis Doerr, please visit Tribute Store

Share Your Memory of
Denis
Upload Your Memory View All Memories
Be the first to upload a memory!
Share A Memory
Send Flowers