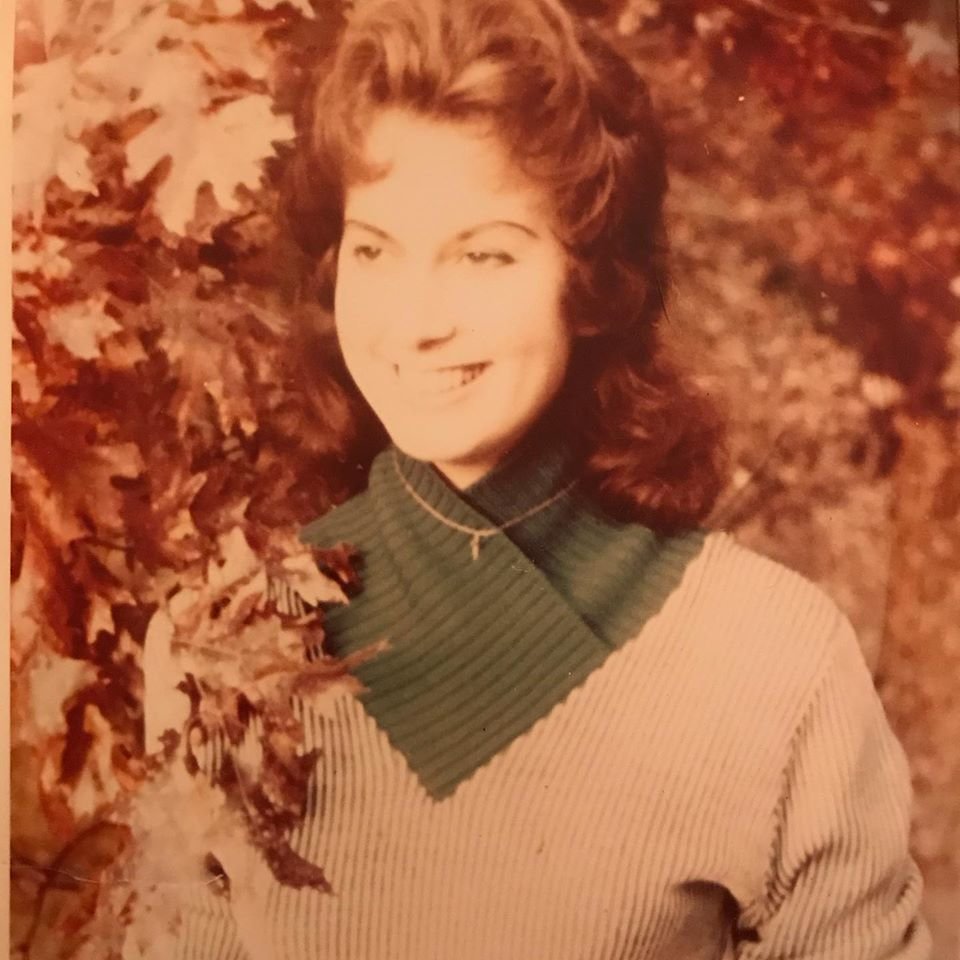 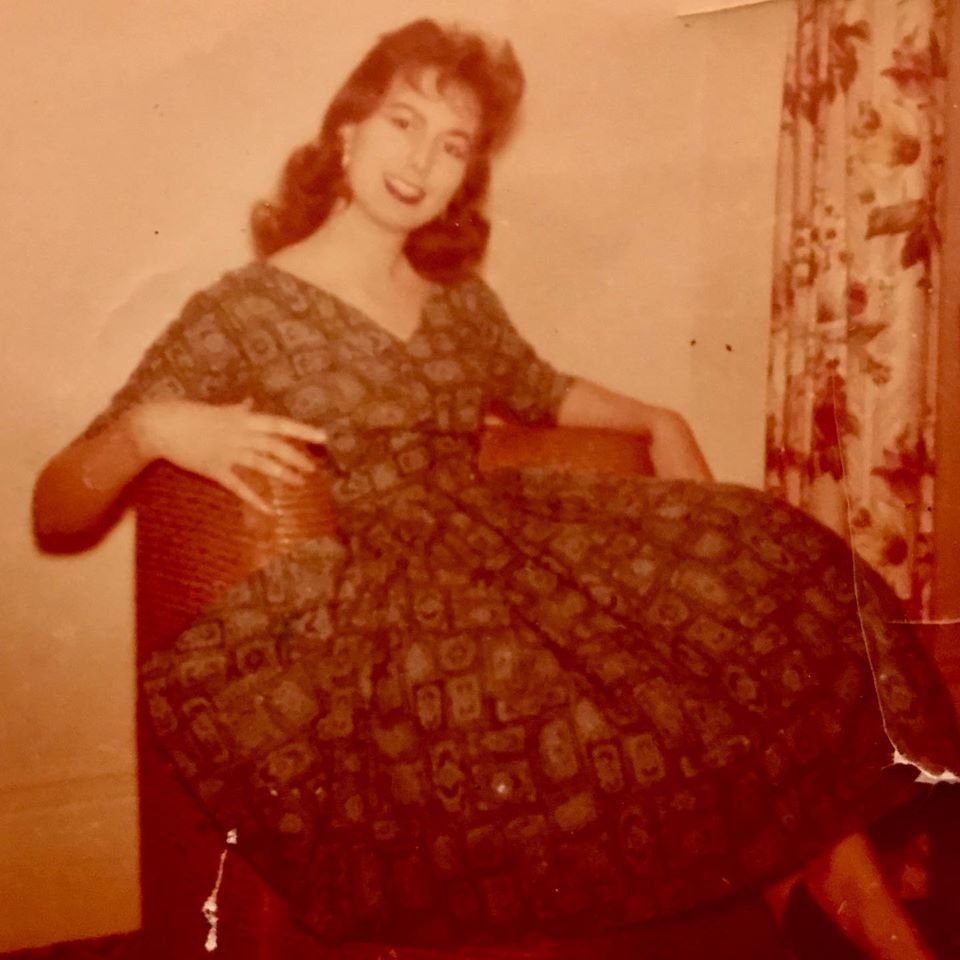 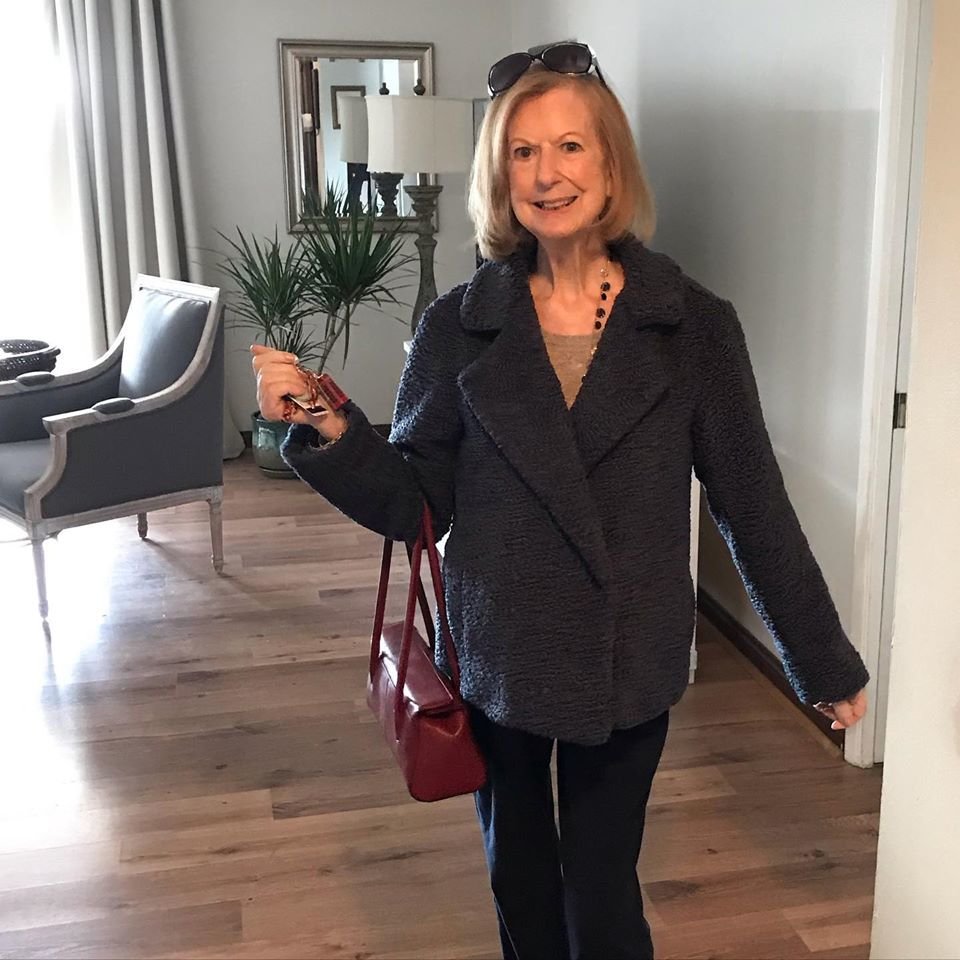 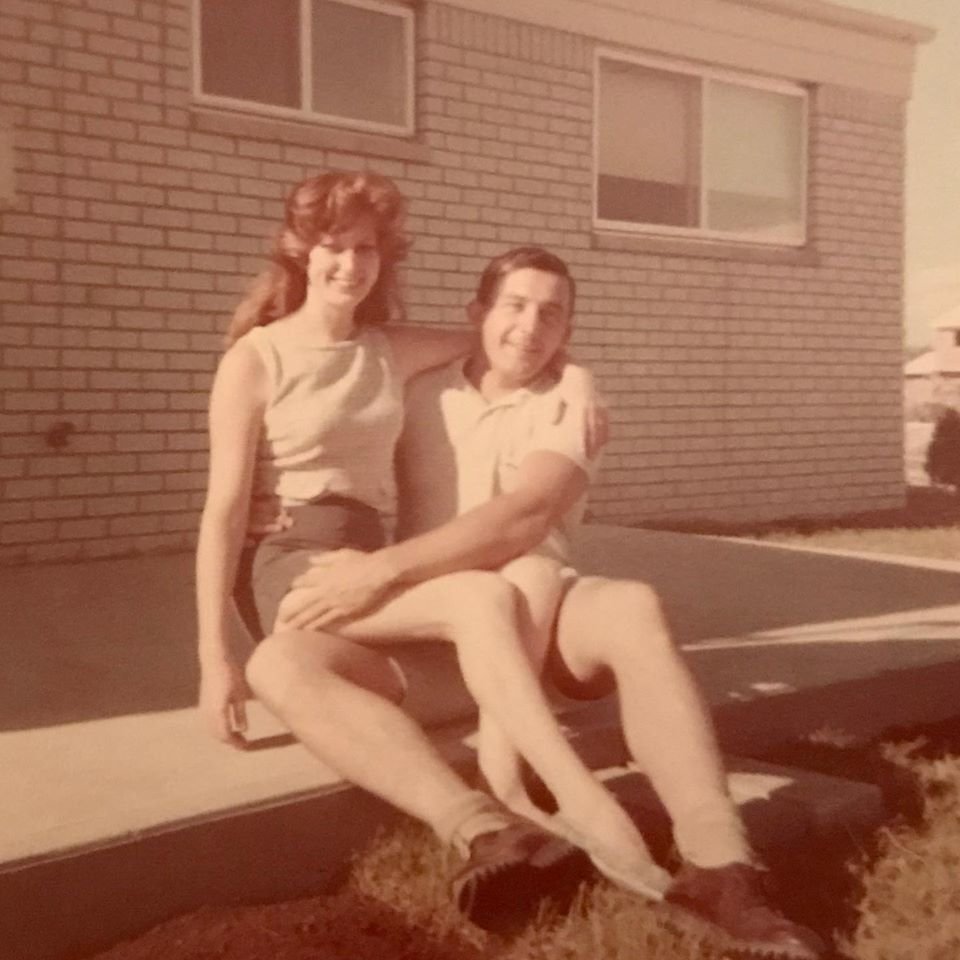 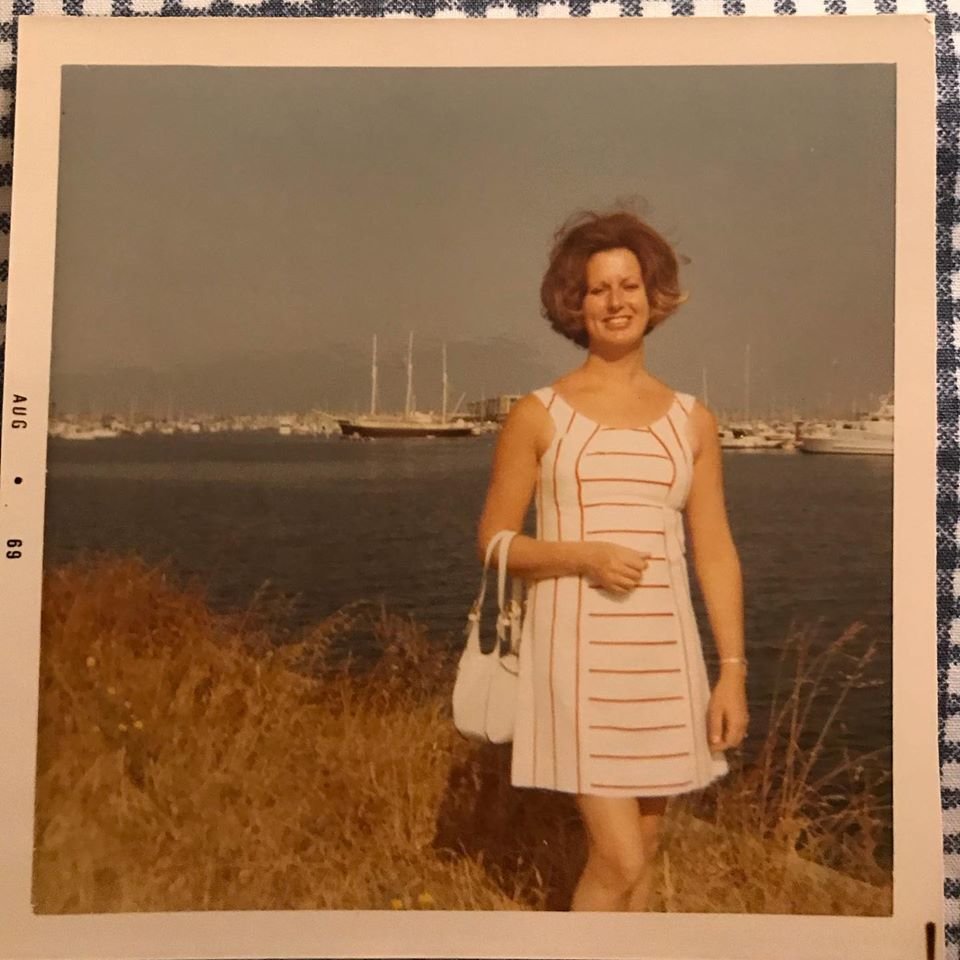 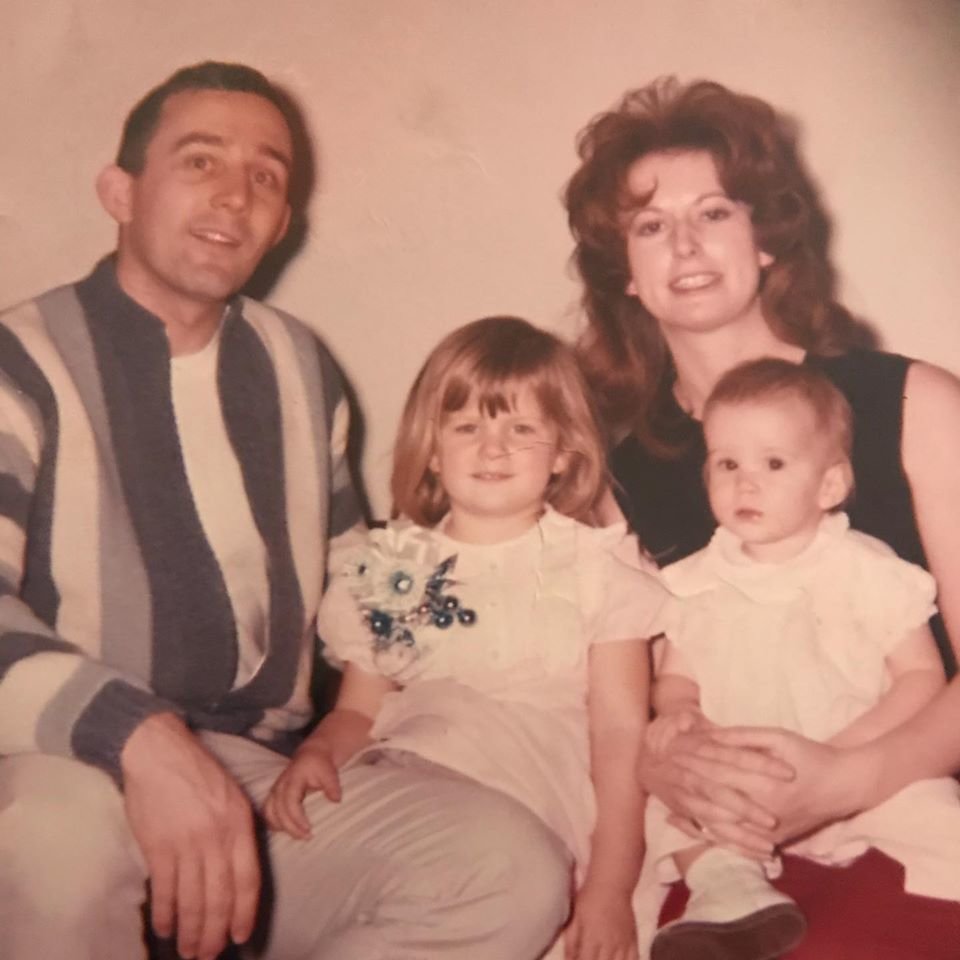 Pauline Morgan Powers, a beautiful and loving soul, passed away peacefully February 15, 2020 surrounded by her children. She was 80 years young.

Born to Margaret Simpson and Arthur Morgan on March 12, 1939 in Liverpool, England, Pauline was the second to the youngest child of 6. As a child she had a passion for ice skating, tap dancing and piano. She had a hunger for reading and excelled at school with a special talent for writing and the dramatic. She was known as a beauty with gorgeous deep red hair and a wicked sense of humor. With the world at war and luxuries few, she learned the value of hard work and how to stretch both a budget and a meal at a young age.

Graduating from school at 15, Pauline worked at an accounting firm in downtown Liverpool and enjoyed a large circle of friends and extended family. She reminisced often of meeting her girlfriends at the pier head on her lunch break or catching the bus to the shops or a local dance.

At the age of 17, she immigrated with her father, mother and younger brother to the United States joining her older siblings and relatives and settling in Birmingham, Michigan. During the day Pauline worked for an advertising agency, and in the evenings worked as a coat check girl, along with other family members at The Fox and Hounds, a restaurant owned by her Aunt.

In 1958, at a party one evening, she met the love of her life, a handsome American, Earl Ward Powers. She noticed he had a spot on his tie and said he looked like he might need someone to take care of him. She was taken by his confidence, kindness and generosity. They shared a love of music and cars and were instantly inseparable. Pauline was 20 years old when she and Earl married in a courthouse ceremony.  They quickly bought their first house in Pontiac, Michigan and soon had a little one on the way. Pauline had a natural talent for style and design and she enjoyed making the small house a home and preparing to begin their life and family together.

Immense tragedy was experienced with the loss of their first child in 1959, a baby girl, days after a full-term birth. The heartbreak was carried with Pauline throughout her life.  Less than 1 year later, their second child, happy and healthy, was born. The family grew to include 4 girls (the youngest twins) over the following 6 years which also brought several household moves as more space was needed for their crazy crew.

In 1970, Pauline and Earl moved to San Diego, California the perfect place to raise their family.  Choosing Chula Vista, a small town in southern San Diego, Pauline and her husband were determined to give their children a life in the California sun.  Although Earl’s job continued to move the family several times over the following years (Florida, Michigan and England), they always came back to sunny San Diego and their hometown Chula Vista, finally returning for good in 1976.

While busy with the chaos of raising 4 girls and helping raise grandchildren, Pauline was always looking for avenues to learn something new and express her creativity. She managed to find time to feed her love of reading and mastered shorthand, typing, and cosmetology. With her talent for design turning to floral arranging, and after successfully starting a small business as a vendor selling at all the swap meet locations in the S.D. area, Pauline opened a free-standing store in Chula Vista, Powers Plants and Flowers, that was an immediate hit with the local community. During this time, she also volunteered her time with Sharp Hospital working with the Pink Ladies.  After the sale of her business, she turned to writing.  A novel that was much anticipated by her family and was nurtured for many years, was a continuous work in progress. Having enjoyed many years and a happy life in America, Pauline set her sights on citizenship and celebrated her efforts by receiving her Certificate of Naturalization on June 14, 1996. Pauline had an incredible sense of style and loved classically elegant fashion. Her family would often tease her, when she relayed a memory, that she may not remember the characters involved, but she would always remember what she wore in detail. :=)

Pauline dedicated herself fully to the love of her family and when Earl’s health began to decline in 1993, she devoted herself entirely to his care until his death in 2003.  After 44 years of marriage, Earl was her greatest love. She never remarried.

Pauline is lovingly remembered for her immense strength, curiosity, creativity, humor, style and love for her family and a bargain. She was ferociously loyal and protective of those she loved, a safe haven when life was less kind. Her sharp mind and intelligence offered her children and all who knew her an opportunity to see the world in a way they may not have considered before but were delighted once introduced.

In honor of Pauline’s great love and tremendous life, a memorial service will be held at Fort Rosecrans in Point Loma, California on March 27th from 10:30 am to 11:00 am. A lunch reception will immediately follow at a location to be announced.  She will be laid to rest with her eternal love, Earl W. Powers.  All are welcome to pay their respects.

Share Your Memory of
Pauline
Upload Your Memory View All Memories
Be the first to upload a memory!