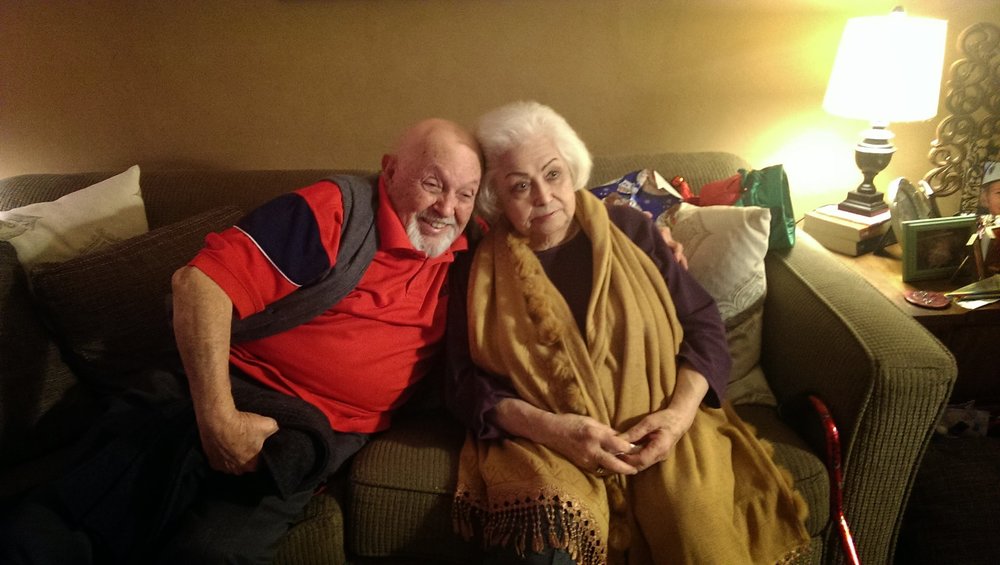 Sarah C Morales is survived by her (3) sons (Alexander, Richard and Robert),her husband Robert Morales Sr. (92) who had just completed 59 years of marriage. Her grandsons, Aaron Santoyo, Robert Jr., Alex and (2) grand daughters (Maleia and Gabriela) and also daughter in laws – Grisel and Christy along with many nieces.

Our Mom (Sarita Cendejas de Morales) passed away yesterday night in her sleep after a long ordeal with Alzheimer's. She was on the couch holding hands with my father; her husband (just two weeks ago; they celebrated marriage of 57 years).just like so many evenings my father was holding her hand on the couch comforting her just like each night. She may have forgotten who she was but my Dad has never forgotten who she is!

My mother no longer has Alzheimer. She has finally freed herself of this disease that affects so many. It is indiscriminate.

I find myself struggling to put pen to paper to write about my mom. I have lost my rock and my first and greatest teacher. My mother was "Perfect" by perfect I mean she was perfect for me, my two brothers and our family. I feel grateful to the Lord for making her rest in her sleep.

I could write from now until next year and I would fall short about writing about the person that help give me life, education, teachings and unconditional love. She gave everything for myself and my brothers. A devout Catholic. My mother was a Hispanic McGyver before McGyver ever existed. Fantastic Artist who could paint, create works of art out of materials no one thought possible. She planned weddings and was superb at making floral arrangements.

Alzheimer's Disease is a terminal disease. It is not just an addition to old age, a slight personality trait where you forget where your glasses are. It is a killer. A slow and torturous killer that slowly takes over, snatching away memories, personality, movement - everything that makes you, you.

It is a battle you endure as a family. A battle that leaves an agonizing mark on each and every one of you. A long and unyielding battle with an enemy that creeps up on you from behind and changes your life forever.

I know I am blessed beyond measure to have had my mom who loved the Lord and raised me in the faith. Watching my mom deteriorate through the years with Alzheimer’s was devastating — but not as devastating as it would have been if I didn’t know I would see her again, healthy and whole.
God’s Word says:
“Brothers and sisters, we do not want you to be uninformed about those who sleep in death, so that you do not grieve like the rest of mankind, who have no hope. For we believe that Jesus died and rose again, and so we believe that God will bring with Jesus those who have fallen asleep in him.”
1 Thessalonians 4:13–14

My mother is now at Peace.