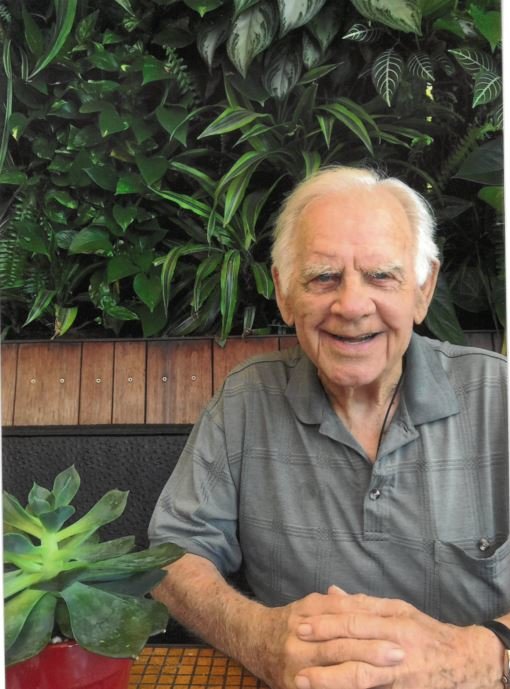 Born to Arnold William and Naomi Pansy Tammen in Wakita, Oklahoma on April 5, 1924, Bill grew up in Wakita and came to the San Diego/Pacific Beach area at the age of 18. He attended Brown's Military Academy, joined the Navy, served in World War II and in 1948, married "The Captain's Daughter", a San Diego native, Marion Tichenor.

Billy retired after a long and rewarding career in the Aerospace Industry, sharing his talents while working for Teledyne Ryan and General Dynamics.

He was an avid fisherman, pilot and jokester and one of the original "Sons of the Beach".

Billy is survived by his three children, Laura (Shaw), Paul (Barbara) and Melissa (Keith Blum), six grandchildren, Gregory, Emily, Jarrid, Colton, Stacy and Nicolas, 2 nephews, 3 nieces and a variety of cousins. He was preceded in death by his grandson Michael and his wife Marion.

He will be missed by many! And as he always said, "When I die, I'll die dead".

A committal service will be held at Ft Rosecrans National Cemetery on Friday, November 22, 2019 at 9:30am. All are welcome to attend.

To send flowers to the family or plant a tree in memory of Billy Tammen, please visit Tribute Store
Friday
22
November

Share Your Memory of
Billy
Upload Your Memory View All Memories
Be the first to upload a memory!
Share A Memory
Send Flowers