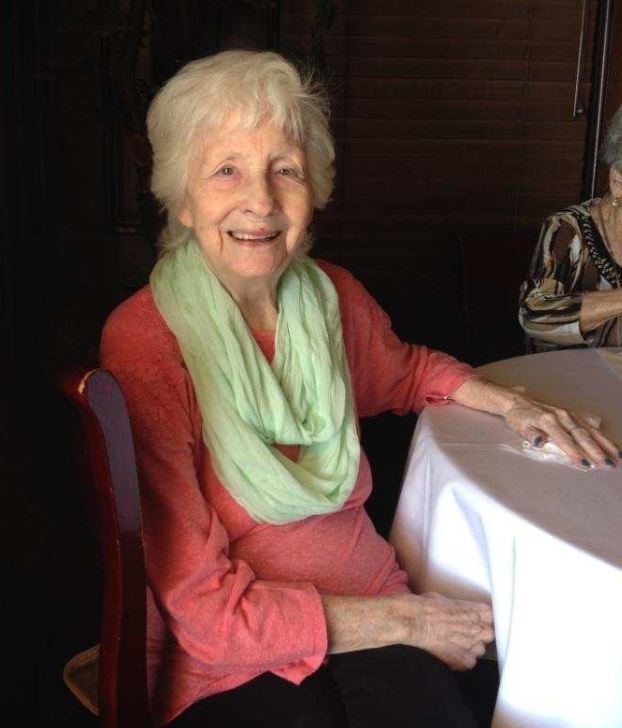 Grace was born on February 16, 1934 to Louis and Grace Scolamiero (Forbes). She grew up in Quincy Mass., a city that she loved and her parents’ home for their entire adult lives. She completed HS at Quincy High School and then later married F. Thomas Gianino in 1957, with whom she had five children. She spent most of her working years as a homemaker, then as a home health aide before her retirement.

Grace enjoyed volunteer work, reading and listening to music. She was known for her infectious laugh and a quiet, loving demeanor.

In 2000, she moved to San Diego California, where she remained for the rest of her life. She lived with her older sister Jean, sharing an apartment, enjoying their time together in a warm sunny place.

In her later years in San Diego, she lived in three incredible facilities; Balboa Nursing & Rehab., HarborView Senior Assisted Living and for the past two years at Sapphire Pacific assisted living in San Marcos CA, where she was lovingly cared for by an amazing couple, Fred and Victoria Matic. She also received excellent nursing and hospice care from Kindred Hospice of San Diego.

Grace was preceded in death by her parents, Louis and Grace Scolamiero, her sister Jean Scolamiero and her brother Michael Scolamiero. She is survived by five children, twelve grandchildren and 3 great-grandchildren.

There will be a private memorial service held in Massachusetts.

In lieu of flowers, a donation may be made in her name to Kindred Hospice.

To plant a tree in memory of Grace Gianino, please visit Tribute Store

Share Your Memory of
Grace
Upload Your Memory View All Memories
Be the first to upload a memory!
Share A Memory
Plant a Tree