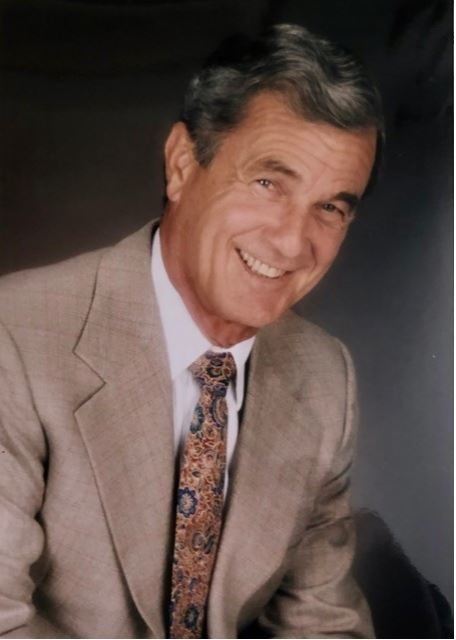 Dominic Guzzon, 86, a long-time resident of Scottsdale, AZ passed away peacefully on April 20, 2019. He was born October 29, 1932 in Brooklyn, NY to Ferruccio and Erminia Guzzon. Married 63 years, Dominic was preceded in death by his wife Connie and is survived by son Steven (Barbara) of Riverview, FL, daughter Susan (Bob) of Danville, CA, son Andrew (Cathy) of San Diego, CA, and son John (Morganna) of Mesa, AZ, eight wonderful grandchildren, Diana (Mark), Adam, Dalles, Katie, Austin, Travis, Jenna, and Zane, as well as three great grandchildren, Leighton, Paige and Kennedy. He is also survived by his many nieces and nephews in the United States as well as family members in Italy.

Dominic was a proud Korean War Navy veteran serving as a Boilerman on the USS Amphion. Dominic was a fan and follower of the Suns, Cardinals and Sun Devils but baseball was his favorite sport. He was both a baseball fan and player and was a die-hard Brooklyn Dodger enthusiast until switching allegiances after Arizona was awarded the Diamondback franchise. He made sports a central part of his relationships and time spent with his children and coached each of them to his delight. Dominic inherited a love of winemaking from his father and passed on the tradition to his children and grandchildren. Crushing grapes and tapping the barrel to test the fruits of the family labor were an annual and highly anticipated celebration.

Dom and Connie raised their family in New Jersey where they owned a general construction company, Guzzon Construction. On summer weekends they would travel to their beloved Jersey shore house where they spent most of their time on the beach or on their boat. In 1979 they relocated to Scottsdale, Arizona where Dominic utilized his construction experience to build new homes and condominiums in the growing Phoenix metro communities. After a brief retirement he began a second career at Southwest Airlines as the Call Center Facilities Manager, retiring at age 77 after 20+ happy and successful years of service. After retirement, Dominic kept busy travelling with Connie as a Southwest retiree to visit family and friends and took trips to cities across the Unites States.

His family will remember him as a feisty and “family first” traditional Italian man with a big smile, huge personality and a gift for connecting with each of his grandchildren in a special way. Dominic loved his country and was a passionate supporter of organizations like The Wounded Warrior Foundation. A celebration of life is planned for June with his immediate family and close friends. Dominic will be laid to rest alongside his wife Connie at Paradise Memorial Gardens in Scottsdale, Arizona.

Donations can be made to The Wounded Warrior Foundation or Lightbridge Hospice of San Diego.

To send flowers to the family or plant a tree in memory of Dominic Guzzon, please visit Tribute Store
Print
Share A Memory
Send Flowers