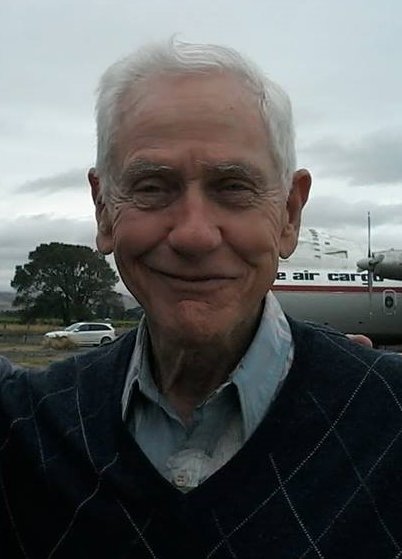 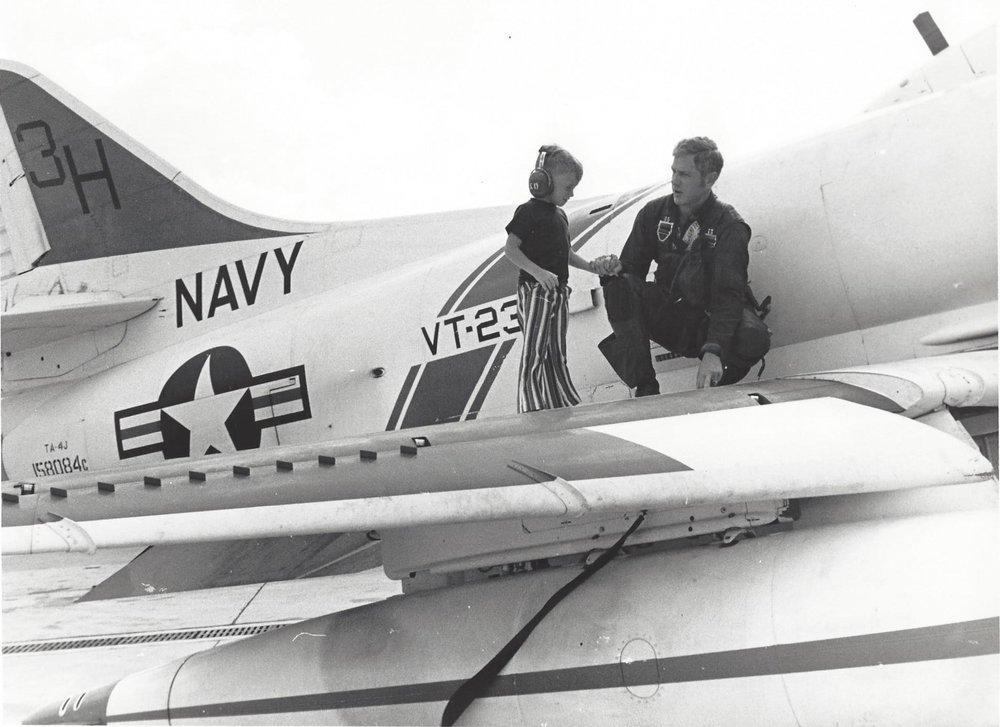 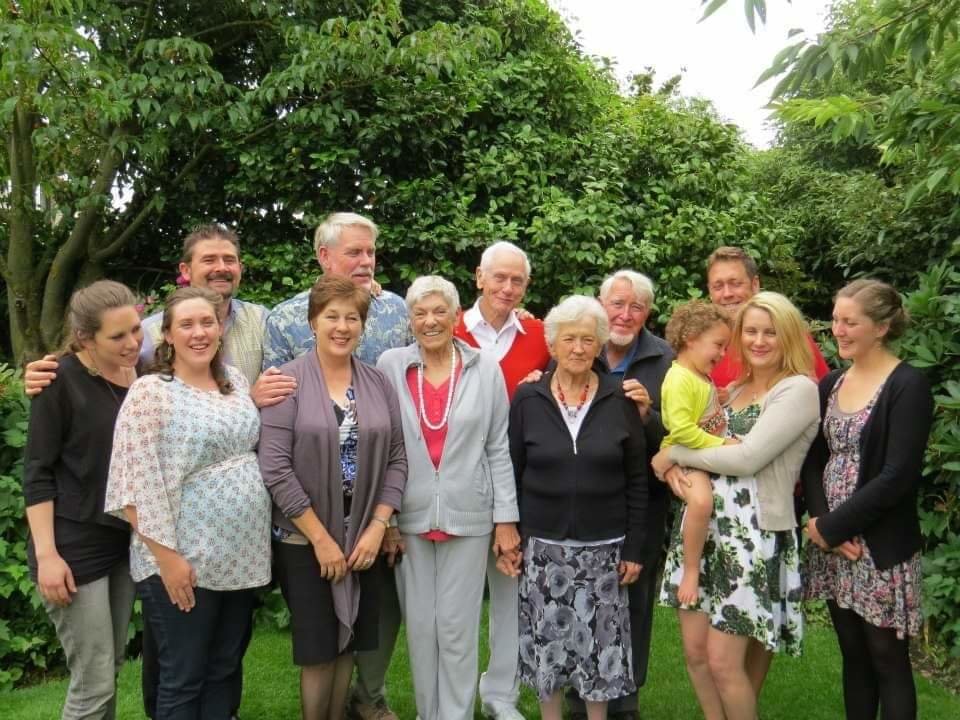 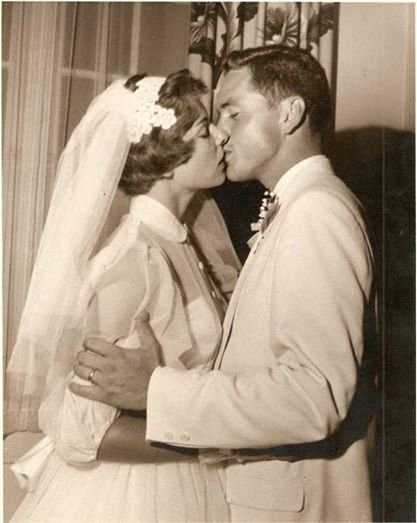 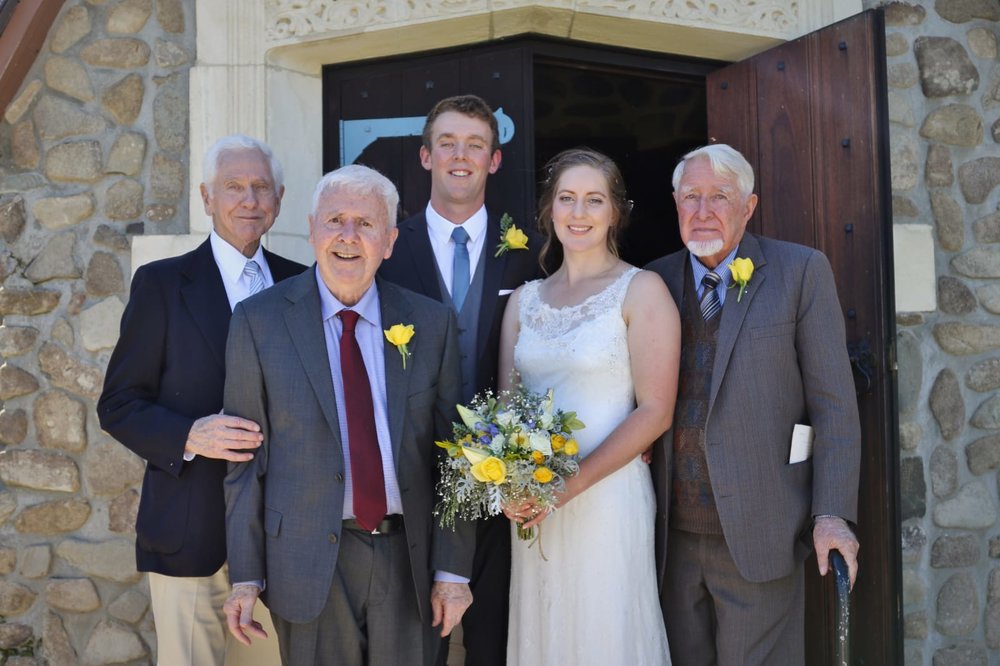 A perfect gentleman passed away on December 28, 2018 in San Diego, California.  Neil Harding Andrew was born in Detroit, Michigan on August 21, 1929 and lived there with his parents Reed and Lillian Andrew (nee Burton) along with four other brothers, Douglas, Robert, Reed, and David.  They grew up during the Great Depression and World War II.  Neil, the second oldest of the brothers after Douglas, and his family grew a Victory Garden to help with the war effort.

In 1947, Neil was accepted into the U.S. Naval Reserve Officer Training Corps (NROTC) at the University of Utah.  He received a Bachelor’s degree in Economics and was commissioned as an Ensign in the United States Navy in 1951.

After wartime service aboard the USS Philippine Sea as a young naval officer during the Korean War, Neil earned his Gold Wings as a U.S. Naval Aviator in 1954.  He flew a number of aircraft off of many aircraft carriers over the next 17 years, completing cruises in the Pacific and Atlantic Oceans.  Some of the aircraft that he flew included the F6F Hellcat, F8F Bearcat, F9F Panther and Cougar, AD Skyraider, and the A4 Skyhawk.  He flew off of aircraft carriers such as the USS Shangri-La, USS Saratoga, and the USS Coral Sea.  His favorite ship was the world’s first nuclear-powered aircraft carrier, the USS Enterprise, and he flew off of it on its first overseas deployment to the Mediterranean Sea in 1962.

He “flew” a recruiting desk for the Navy when he taught Naval Science at the NROTC unit at the University of Oklahoma in Norman, Oklahoma from 1964-67 while maintaining his flight status by flying the T-33 U.S. Air Force jet trainer out of Tinker AFB.  His final assignment was as a jet flight instructor at Naval Air Station Kingsville, Texas.  Neil retired as a Lieutenant Commander in 1971 with over 4,500 total flight hours as a Naval Aviator.

Neil married Thurza Barbara Andrew (nee McDermid) in 1957 in Hollywood, CA.  They raised two boys, Howard R. Andrew born in 1958 and Robert B. Andrew in 1967.  After retiring from the Navy, Neil and family moved to Corning, California in 1972.  Not wanting to stray far from the Navy so soon, Neil taught NJROTC at Corning High School for three years from 1972-75.  He and the family moved from Corning to Mills Orchard (near Hamilton City) and lived there from 1973-81.  Neil re-kindled his love for flying in this timeframe and began flying as a charter pilot for Chico Aviation in Chico, CA.  He flew many types of Piper and Cessna propeller aircraft as well as the Citation II executive jet.  He also flew a modified DC-4 for a stint as an aerial fire fighter with Aero Union.

In 1982, Neil, Thurza and Rob moved to Chico proper on Sierra View Way near Bidwell Park.  In addition to flying, Neil became well known and respected for his integrity as a Real Estate Broker, Stock Broker, and Mortgage Loan Officer.  Above all of his careers after the Navy, he will always be remembered as an exemplary U.S. Naval Aviator.

Neil was preceded in death by his wife Thurza in 2014, his parents Reed and Lillian in 1992, and his brother Robert in 1984.  He is survived by his son Howard and wife, Carolie, and grandchildren Emma, Rudyard, Caitlin, and Thurza Mae, and nine great grandchildren in New Zealand; son Robert and his wife Pamela in Florida and grandchild Jessica in Oklahoma; and brothers Douglas, Reed, and David.

In late 2016, Neil reunited with his first love Liz Lawrence and moved to Coronado, CA to live with her in early 2017.  Filled with lots of laughter and joy and among the happiest years of his life, Neil lived life to the fullest with Liz for nearly two years, taking cruises around the world, playing tennis, bridge, and ping pong.

Neil will be remembered as a kind and thoughtful gentleman.  Among his many talents in the military and business world, he was also a talented pianist.  He was a beloved son, husband, father, grandfather, great-grandfather, brother, uncle, great uncle, cousin, and mentor to all.  He will be dearly missed by everyone who met him just briefly or knew him for years.  Neil touched everyone’s lives with his legendary story-telling, caring heart and open mind.

There will be a viewing and memorial service and small reception at the Legacy Funeral and Cremation Home at 7043 University Avenue in La Mesa (San Diego, CA) on Wednesday, January 2 from 5-8 p.m.  There will be a Celebration of Life in Chico, CA at a future date.

To send flowers to the family or plant a tree in memory of Neil Andrew, please visit Tribute Store
Wednesday
2
January

Share Your Memory of
Neil
Upload Your Memory View All Memories
Be the first to upload a memory!
Share A Memory
Send Flowers