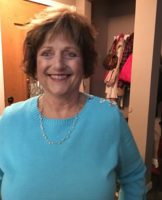 Katherine Mary Barnes passed away peacefully on May 30 2020 while her oldest daughter, Lori held her hand. She was born on July 4, 1959 in Los Angeles, Ca to William and Rosemary Kinnally, and was the oldest of six children.

Kathy became a single mother at age of 23 with three children.  She decided to go back to school, while working in retail, housekeeping, and raising 3 children. She graduated from National University 1987 with a Bachelor Degree in Marketing. After graduating she immediately knew she wanted to have a career that involved meeting new people and building relationships. She gravitated toward the service industry, and found a position in sales for a staffing company. She quickly moved up to management, executive partner, and was a natural leader. “I wouldn’t ask my team to do something I wouldn’t, and I treat everyone the way I wanted to be treated.” She had this amazing ability to relate to anyone and everyone, and it was always genuine from her heart.

In 1988 she married Dennis Barnes. She became a mom again in March of 1995, giving birth to her youngest son, Joseph Barnes. Her life was her family and friends.  Kathy always helped family stayed connected.  She was a wonderful wife, mother, daughter, grandma, sister and aunt. Kathy loved to entertain, her house was always full of love, and of course tons of food.

In the last few years, she was diagnosed with advanced COPD. (Lung Disease) She was a fighter and fought until the end. She lost her husband to cancer in July 2019. In September of 2019, the doctor gave her 4 to 6 weeks. Instead God gave her additional months to be with her family and friends.  Her children took wonderful care of her in the final months.
Kathy is preceded in death by her parents, William and Rosemary Kinnally, Terry (brother), Dennis Barnes (spouse).
She is survived by her children Lori (Eric), Kristin (Chris), James, and Joseph.  Also 7 grandchildren, her brothers and sisters.