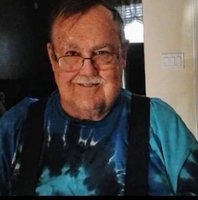 Patrick Jay Foley, age 69, passed away peacefully at home surrounded by family after a hard-fought battle with heart and kidney disease. He was a Father, brother, coach, teacher, volunteer, and grandfather (aka #1 Fan).

Those who were fortunate enough to know Patrick would all say he was a kind and selfless man that would do anything for his family. He had true unconditional love for his children.

His love was so great it extended to the student athletes at his alma mater, Monte Vista High School, where he coached alongside his best friend Rob, several CIF Shotput & Discus champions. Both track events in which he himself won championships and set records before going on to compete at Grossmont College and SDSU. He also coached champions for several years at West Hills High School where his children attended and competed.

He spent the bulk of his professional career managing the TG&Y store in Lakeside where you could always count on a well-run operation with a happy crew.

Being a grandfather was the ultimate joy for him. These past few years you could always find him at a baseball practice, soccer game, graduation, Miss Lakeside pageant, or at the store buying birthday gifts.

He was a truly generous, sweet, dependable, wonderful man that would do anything for the people he loved. He leaves a giant hole on this earth and will be missed tremendously.

Patrick was born in Los Angeles but grew up in the Casa de Oro area . Patrick is survived by his 3 children, Audrey, Melissa, & Andrew, his 6 grandchildren, and 1 great-grandchild.