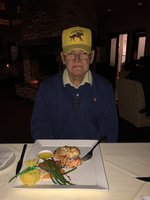 Larry Allen Raley passed away on March 5, 2020, at the San Diego Naval Hospital after a lengthy illness, his son Duke and friend Charlene at his bedside. He was born August 25, 1942, at home a son of the late Lu Core Raley and Howard (Buck) Raley. He is survived by his son Duke Raley and two brothers Bill Raley(wife Donna), John Raley(wife Nancy), Carol Raley and many nieces and nephews.  In addition to his parents, he was preceded in death by his brother Robert Raley and three sisters Joyce Talpur, Virginia Stansberry, and Dorthea Wilson.

Larry graduated from University High School in 1961 and joined the Navy and served for 20 years, retiring as Chief Petty Officer. He continued serving his country working as a naval contractor controlling airplanes and ships at the various naval ranges in Hawaii, Bermuda, and San Diego. Although Larry did not live in Morgantown or attend WVU, he was a Mountaineer. He followed WVU football and basketball team religiously, recording and watching the games to his son’s dismay. He proudly wore his Mountaineer gear around San Diego and would talk to anyone who would listen about the Mountaineers.

Larry lived a full life, served his country with distinction and raised a fine son, who took care of his dad until the end. If you knew you were going to see Larry, you are going to hear some great stories and laugh a lot. He will be missed. A short service with military honors will be held at National Cemetery at Miramar on March 31st at 9:00am.