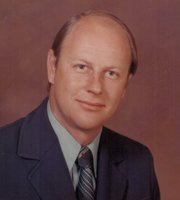 Glen J Cressman passed peacefully with his daughter at his bedside in San Diego,  CA. He was born in Petersburg, Ontario and raised in Kitchener, Ontario to parents Jacob H. and Salena Shantz Cressman and was the youngest of eight children.  Glen is survived by his daughter Anne C. Cressman of Apex, NC, son Michael Cressman of Fort Myers, FL, former spouse and mother of his children Anne H. Cressman of Greensboro, NC, four grandchildren, eleven great grandchildren, many nieces and nephews, and close friends Win and Earl Heiskala of San Diego, CA.

Glen was a loving and caring father and friend. When he was able, for many years he would make month long road trips from San Diego across the country to visit friends and family from Canada to south Florida. His family and friends always looked forward to his visits and loved him dearly , and as a bonus he was a Master Craftsman and woodworker and could fix about anything around the house. He also had crafted some beautiful fine furniture out of black walnut lumber he had acquired in Missouri which are family treasures.

Glen became a professional ice hockey player in 1951 and played 15 seasons until he retired in 1966.  In 1955 he was a player for the Toronto Marlboros when they won the Memorial Cup. In the 1956 – 57 season he was called up for a four game stint with the Montreal Canadians. In 1963 he played against the Soviet Olympic Team as a member of the Knoxville Knights EHL team. The game was an exhibition Olympic tune up game for the Russians and Knoxville managed to play to a 4-4 tie.  Glen ended his hockey career in Knoxville, TN after five seasons with the Knoxville Knights.   Glen was a true sportsman in every sense of the word and he earned the Sportsmanship Award four of the five seasons at the Knights.  Glen played hockey in a gentlemanly manor that his teammates and opponents respected.  During his hockey career he had played with, or against, or was coached by many players who were some of the first inductees into the NHL Hall of Fame. He was also very good at golf, tennis, baseball, and softball, and coached youth hockey and baseball. He always strived to instill his principle of sportsmanship to those coached.

After his hockey career Glen worked for American Smelting and Refining Company as a geophysical technician based in Knoxville and then Salt Lake City. He was part of a team that was creating and testing new technology and methods for locating ore deposits around the world. In 1986 during a slow down in the mining business that team was disbanded and Glen moved to San Diego and worked with his friend Earl Heiskala in the construction business. They were teammates at Knoxville in 1964 and friends ever since.

The last few years of Glen’s life was altered by Alzheimers disease. Glen would thank all of those who helped and cared for him during that course of events. Anyone who would wish to donate in his memory, please donate to the Alzheimer’s Association or any other Alzheimer’s charity of your choice.

Glen’s family and friends will all be invited to a celebration of his life with the details to be provided soon.